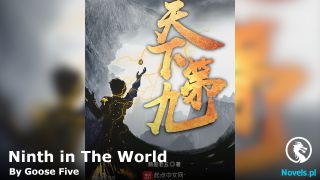 The sun had only just started rising from the horizon.

In the master bedroom of the Hundred Birds Gallery, Roel stared at the letter in his hand with narrowed golden eyes. His expression that had been as peaceful as the sky outside suddenly turned livid.

Half a month ago, Andrew Mara had gathered Bruce’s old expedition team members and set off to the ancient ruin where Bruce received his curse many years ago. Their goal was to eradicate the curse that plagued Bruce and Charlotte once and for all.

Roel expressed his full support for this move. In fact, he would have joined them if not out of concern for Charlotte’s safety. She was his foremost priority, and he would regret it for life if something happened to her while he was away.

After weighing the pros and cons, he decided to stay put in Rosa City and await their news.

Who could have known that the expedition that Andrew had prepared for many years would be fraught with difficulties? The envelope that had been delivered overnight relayed a despairing piece of news to him.

The expedition team had failed to find the source of the curse. To be exact, the ancient ruin had been destroyed.

According to the letter, the expedition team had teleported over to the ancient ruin using a spatial spell. After several days of traveling, they soon arrived at the ancient ruin. They spent the next two days venturing into its depths, and they successfully arrived at the location where Bruce caught his curse back then.

The only problem was that the place had been devastated.

Horrified, Andrew quickly investigated the area. He deduced the destruction had happened in recent months by closely examining the scene of devastation, but he wasn’t able to gather any other useful clues.

This ancient ruin was discovered many decades ago and had been explored multiple times over the years. Rosa could easily take control of it since it was no longer a hotspot for adventurers by then, which was what they did shortly after they realized the severity of Bruce’s curse. They had stationed sentries there, and the records indicated that there had been no entries in the past few months.

Andrew concluded the letter saying that he would search the other parts of the ruins to see if there were any other clues to the curse, but honestly speaking, Roel wasn’t too optimistic about it.

The destruction of the ancient ruin was beyond his expectation, but before he could carefully contemplate its significance, he suddenly heard a voice behind him.

A shudder ran through Roel’s body, and his pupils enlarged. However, he quickly regained his composure and stowed away the letter before turning around to face Charlotte.

On the bed, Charlotte had propped herself up with her arms and was dazedly rubbing her eyes, searching for the young man who should have been right beside her. Her face was pale from the relentless torture of her affliction, and she seemed to have lost quite some weight. Her fitting pajamas had grown a little loose, revealing hints of her shoulders and further down.

Her superior physical constitution as a high transcendent had severely weakened after she caught the curse, and she needed many hours of sleep in order to replenish her expended energy every day. Due to that, she was often unable to wake up on time.

Despite that, she still retained her graceful and noble aura.

It was adorable how she was fumbling to look for Roel even though she wasn’t fully awake yet, almost like a sleeping beauty searching for the knight who had awoken her. Roel made his way over to her side right away.

“Yes, I’m here. It’s still dark outside. Why don’t you sleep for a while longer?”

Her mind was set at ease upon seeing the man she was looking for. Nodding her head, she grabbed his sleeves before lying back down. On the bed, she slowly adjusted her position to snuggle into his arms.

Roel gazed affectionately at her as he gently moved away the hair strands covering her face.

The two of them had been together for a month now. During this period of time, there were some changes in their relationship dynamics due to Charlotte’s illness, with the most apparent one being her increasing dependence on him.

Due to Charlotte’s intrinsic talent for commerce as a High Elf, she was expected to manage some of her family businesses from a young age. Her life had been a series of trials, where she had to surmount one mountain after another. This gave rise to her ‘soft on the inside but tough on the outside’ personality.

She had shown herself to be a highly independent person even from their very first meeting. Even though she harbored feelings for Roel, she didn’t like to cause him any trouble. That was also why she tried to conceal her condition from him at the very start.

She was simply used to dealing with problems on her own.

But just as countless philosophers had said, the mind and the body were a single entity divided into two. Anything that affected one would inevitably affect the other. A prolonged period of debility had bred unease in Charlotte’s heart, prompting her to instinctively seek warmth and comfort from Roel.

Of course, Roel had no complaints about it either. If anything, he was glad that he could become her pillar of support during her time of weakness.

However, even he was starting to feel flustered after reading Andrew’s letter.

Roel propped his head up with his arm and admired Charlotte’s enchanting visuals, but that did little to quell the anxiety he felt inside. While Andrew had told him that he would continue searching for the source of the curse, Roel personally thought that the chances of his search bearing fruit were slim.

On top of that, he had thought of an unnerving possibility after reading the letter.

The devastation inside the ancient ruin wouldn’t happen by itself.

Supposing the Rosaian sentries hadn’t made any errors with the ancient ruin’s entry records, the only possibility was that the devastation was caused by someone or something on the inside. Considering everything that had happened over the past year, it wasn’t too difficult to fathom a guess as to what this ‘someone’ or ‘something’ was.

The source of Charlotte’s curse, possibly one of the Six Calamities, has awoken from its slumber and escaped from the ancient ruin.

Looking at the sleeping woman beside him, Roel’s complexion turned grave.

If the curse was truly from one of the Six Calamities, this would be the worst possible development for them. Humankind possessed neither the means to locate nor deal with these terrifying monsters.

Praying hard that Andrew would be able to find something of use inside the ancient ruin, Roel began thinking up his next move should the worst happen.