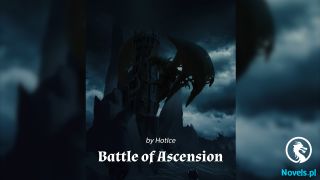 Chapter 169 Horde at the gates

“This is just my feeling, but I believe those are worth between twenty and a hundred times more than a core from a normal zombie,” Mathew informed after inspecting the crystal pebble for a short while.

“That much?” Daria asked, her eyebrows moving up her forehead. “Wait, no, killing those three was far harder than even killing three hundred normal zombies,” she then added, quickly coming to terms with Mathew’s assessment.

“It certainly would be,” Mathew agreed with the girl’s words, only to then give her a long look while a small smirk twitched on his lips. “But killing three hundred zombies is a chore, killing those three was an adventure,” he said, finally allowing his smirk to fully appear.

“An adventure that could get us killed if not for all the leveling,” Daria countered, rolling her eyes. “But I guess something like this makes sense in this clearly game-inspired system,” she added while sending Mathew an eye.

In the end, in their entire small group, Mathew was the only one who could bear the name of a gamer. As such, the girls had no other choice but to believe in his judgments on things that were related to gaming.

“It does make sense,” Mathew said, confirming Daria’s words. “There is no game when early opponents give the same loot or experience as the stronger opponents,” he said. The young man then shook his shoulder. “If that wasn’t the case, there would be no point in getting out of the starting town.”

Mathew finished his sentence and looked around, checking if there are any further dangers lurking about.

‘I didn’t see anything in the direct proximity of the compound on the map but I can’t lower my guard,’ Mathew thought to himself. “Anyway guys, we wasted enough time on them, let’s move!”

The reason for the expedition wasn’t to just kill some zombies. Their objective was to return to the media building post-haste and hopefully arrive on time before the army of zombies stuck there would attack.

‘Oh, I leveled up too,’ Mathew noticed as he took a quick look at his system. Yet, a new level that he could donate appearing on his statistics wasn’t the only change to his profile.

There was the level up. Then there were the ten points that Mathew could use on himself. And then, there was a seemingly small change to Mathew’s mind statistic, making it display two different numbers.

‘Is it safe to assume that mind relates to mana?’ Mathew asked himself, puzzling over the new discovery as he ran along with the girls.

‘We only have a few minutes of sunlight left,’ Mathew thought, gritting his teeth. Yet, even this situation didn’t last for long. For the first time in what appeared to be ages, though, it wasn’t new, random trouble appearing as if there was some kind of sadistic game master overseeing Mathew’s adventures.

The situation didn’t last for long, because Mathew’s group reached their destination.

They did so far sooner than anyone in the group expected, finally learning what it meant to be humans with over thirty levels clocked in the system.

“We are too late,” Nadia muttered in a silent voice once the group stopped just a few meters away from the destroyed side of the building.

The holes in the wall were as big as they were when they visited the place before. And for how broken this wall was, it did a pretty good job at covering whatever was going on inside from the eyes of Mathew’s group.

But they didn’t need to see it.

The noises of matter hitting matter, the sound of zombies screeching, seemingly distant shouts of a familiar voice, shouts of voices that couldn’t be less familiar…

All of those noises mixed into a single overture that played out to the setting sun. And from this mix of sounds alone both Mathew and the girls could tell that the party has already started.

“Let’s go in first,” Mathew ordered, painting a circle with his saber to warm up his wrists.

He didn’t bother to wait for the girls to process his orders and went in first, ready to take the brunt of the attack right on himself.

And yet, even after Mathew entered the building through the very same hole that his group used in the recent past… Nothing happened.

The noises continued, indicating that the battle was still going on. Yet, nowhere within Mathew’s sight could he spot even a single zombie!

‘Are they all concentrated somewhere else?’ Mathew thought, only to delve deeper into the corridors of the building right as the girls started to follow him inside.

Mathew had his nerves tensed up for only a short moment, as he soon found out where the main stage of the battle was.

“Drop the stones, now!” Daniel shouted, only for a volley of small pebbles to fall from the third floor down on the mass of zombies concentrated around the back entrance of the building.

Daniel stood right in the same doors that Mathew and the girls used to sortie before. Now, though, rather than preparing to go out, the former policeman was doing his absolute best to stop the zombies from coming in.

His fists struck the zombie, splattering its head all over the wall of the entryway. Then, Daniel took a second of break, making three quick steps to reposition himself a tiny bit before sending his fists flying again.

“Go and help him!” Mathew called the girls forward while he himself rushed towards the nearby staircase.

‘If Daniel managed to hold those zombies out on his own, he should be able to hold on for a little longer once the girls will help him,’ Mathew thought, rushing up the stairs and then back through the corridor.

All for the sake of just a single thing.

And then, just like that, Mathew reached the window on the second floor, a window that allowed him to see the full extent of the situation.

‘So far, so good,’ the young man thought when he glanced outside. Yet, as his eyes lingered on the army of the zombies, the last ray of the sun dried out, coating the entirety of the city in near complete darkness.

‘And so the night begins,’ Mathew thought.

The girls below made a short work of the zombies that Daniel failed to keep in check. And by the time Mathew managed to digest what he saw, they already pushed through the entrance and made their way to the courtyard.

In a sense, this was a massive mistake, leaving a narrow space where the number of zombies lost the majority of its combat value. Or so would be the case in a normal fight.

‘They are pushing out so that they can have more space to fight on their own,’ Mathew realized the plan of his girls, only for his lips to twitch and then form a small smile. ‘I guess there is only one thing left for me to do, then,’ he thought, opening the window with a single pull before jumping down, right in the middle of the horde of the zombies.