Support
Random Novel
The Labyrinth Raids of the Ultim 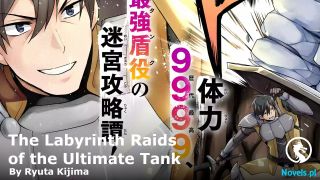 Eh, what’s going on? Zhou Wen held his phone and aimed it at the jade ball. He aimed the camera from every angle, but his phone didn’t react at all.

Zhou Wen immediately realized that something was amiss. If it was a Companion Egg, the phone would definitely have reacted. It should be able to be stored in-game.

Now that there was no reaction from the phone, there was only one possibility—this thing wasn’t a Companion Egg.

No way? Zhou Wen looked at the jade ball gloomily. He had taken such a huge risk and taken so much effort to obtain it, but it wasn’t a Companion Egg.

What is this? Since it was spat out by the Calamity-grade Dragon Turtle before it died, even if it’s not a Companion Egg, it should be something good, right? Zhou Wen carefully studied it for a while but failed to figure it out.

This thing looked like a ball both from afar and up close. Even after fiddling with it for a long time, it remained a ball.

It didn’t have the ability to release energy, nor was there any special reaction. It was like a dead object.

Could this be a gallstone from the Dragon Turtle’s stomach? It was stuck in its throat before it died, so it spat it out? Zhou Wen wore an odd expression. He was already beginning to wonder if the jade ball was of any use.

Looking around, he realized that he was in a mountainous area. There were no creatures around, so he released Ice Maiden, Jade Rabbit, Demonic Neonate, and company.

“Ice Maiden, take a look at this,” Zhou Wen pointed at the jade ball.

Ice Maiden glanced at the jade ball on the ground, but she ignored Zhou Wen. She looked as though she didn’t want to bother with him. It was unknown if she recognized it.

Zhou Wen knew that Ice Maiden was pissed. She had been trapped for five years and hadn’t had a chance to come out until recently. If it were Zhou Wen, he would definitely be extremely pissed as well.

“Don’t you want to see the Demon God Bloodline Catalog? I can tell you where it is.” Zhou Wen threw out a bait.

“Do you think I’ll still believe you?” Ice Maiden curled her lips and said disdainfully.

“I’ve always kept my word. I could do nothing about it since I was trapped for five years.” Zhou Wen paused before saying, “To show my sincerity, I can tell you that the Demon God Bloodline Catalog is in Chess Mountain. If you are confident, you can enter the mountain to take a look now.”

Although she had been enslaved by Zhou Wen ever since she came to Earth, she hadn’t been idle. She had used a phone and the Internet to gain a good understanding of Earth.

Zhou Wen had mentioned Chess Mountain many times. Ice Maiden had a vague sense that Zhou Wen was afraid of it.

A place that made Zhou Wen’s expression change was definitely abnormally dangerous.

“The reason I didn’t tell you in the past is that it’s too dangerous there. Even if you are at the Terror grade, there’s not much chance of you seeing the Demon God Bloodline Catalog alive. Therefore, I thought of taking you there only when I have the strength…” Zhou Wen comforted Ice Maiden.

Although Ice Maiden didn’t believe Zhou Wen’s words, she still glanced at the jade ball in his hand and said, “It’s useless no matter what you say now. I don’t know what it is.”

Zhou Wen was slightly disappointed. If even Ice Maiden didn’t know what it was, it would be difficult to identify it.

“It’s fine. I’ll keep my word. When I have the strength to enter Chess Mountain, I’ll definitely take you to see the Demon God Bloodline Catalog,” Zhou Wen said.

Zhou Wen told Ice Maiden some of The Thearch’s deeds. As he was speaking the truth, Ice Maiden knew that Zhou Wen wasn’t lying after listening to him. Some things weren’t something humans at Zhou Wen’s level could know. He had definitely seen them before.

“You said that The Thearch can use the power of wishes to change your body thousands of kilometers away and turn you into another species?” Ice Maiden asked Zhou Wen in shock.

“That’s right. It completely transformed me into another creature. I didn’t have any strength left,” Zhou Wen said with a nod.

Ice Maiden fell silent. After a while, she said, “If it’s really as you said, I’m afraid it’s impossible for us to storm in to take a look at the Demon God Bloodline Catalog.”

“Why?” Zhou Wen hurriedly asked as he had some guesses.

“If The Thearch really possesses that power, even the kings of the Octokind might not be able to benefit in there, much less us,” Ice Maiden said with a heavy expression.

“Are you saying that The Thearch might be at the Apocalypse grade?” Zhou Wen was somewhat alarmed.

He originally guessed that The Thearch might be at the peak of the Calamity grade. It was unlikely for an Apocalypse grade to appear on Earth.

However, from Ice Maiden’s expression, she seemed to think so.

Ice Maiden shook her head slightly. “It’s hard to say, but creatures with that kind of power are definitely not ordinary Calamity-grade creatures.”

After a pause, Ice Maiden said, “Is there no other way to enter Chess Mountain?”

“I have no other methods now,” Zhou Wen said as he spread out his hands.

Seeing that Ice Maiden didn’t seem to know what the jade ball was, Zhou Wen got Demonic Neonate to summon Grim Demon.

“Old Grim, do you know what this is?” Zhou Wen pointed at the jade ball and asked Grim Demon.

Grim Demon looked it over and finally shook his head. “I don’t know.”

“Do you think this might be a Companion Egg?” Zhou Wen asked again, unwilling to give up.

“Are you crazy? How can such a stone be a Companion Egg?” Grim Demon looked at Zhou Wen as though he was a lunatic who was crazy about riches.

Zhou Wen was greatly disappointed. This thing didn’t seem to be as valuable as he imagined.

Demonic Neonate wasn’t interested in the jade ball, nor did Jade Rabbit react. Some of the main Companion Beasts didn’t have any special reaction to the jade ball.

Zhou Wen didn’t give up. He summoned the Companion Beasts he seldom used to see if there was any reaction to the jade ball.

Zhou Wen summoned even the Seven Seas Dragon King, but there was still no reaction. It was as though the jade ball was really useless.

At this point, Zhou Wen had already given up. He planned on storing the jade ball in the Chaos Bead as a possible trump card for the future.

However, to his surprise, the summoned Galaxy Shell Dragon suddenly arrived in front of the jade ball. Its lobster-like body bent down and hugged the jade ball with its many tiny claws. Its body curled up into a ball and wrapped the jade ball tightly.