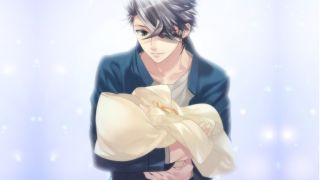 Zhou Wen looked at Xia Xuanyue before looking at Zhang Yuzhi. After some thought, he said, “Time is tight. Let’s have a chat together.”

Zhou Wen gathered the two of them over but didn’t enter the building. He sat down in the garden pavilion in the district. With the Xia and Zhang families guarding outside, he wasn’t afraid of anyone disturbing them.

“Miss Xia, you previously said that there is a suitable dimensional zone that can be used to build a city. I have intentions of cooperating, but I can only decide after seeing the exact situation of that dimensional zone. Don’t worry, we can sign a contract first. As long as we use the dimensional zones you provide to build a city, I won’t give you a single cent less,” Zhou Wen said bluntly, having no intention of being gratuitous.

He knew that time was of the essence. In the next year or two, the dimensional zones would completely break out. When that happened, without a dimensional zone as a refuge, hundreds of thousands of people would probably die. “With the Federation’s current situation, what’s the point of signing a contract?” Xia Xuanyue smiled and continued, “Since I’m here, I naturally trust you. There’s no need to sign a contract. I can take you there anytime.” Just as Zhou Wen was about to say something, Zhang Yuzhi beat him to it. “Wait, Little Wen, why didn’t you ask me before if you’re trying to find a dimensional zone to establish a city?”

Zhou Wen was slightly taken aback. “Sis Yuzhi, what do you mean?”

Zhang Yuzhi said, “In terms of geomancy, which family in the world can compare to our Zhang family? Let alone finding a place to build a city, even if you want to find a place to build a palace, I can help you find the best spot.”

Zhang Yuzhi’s words sounded like bragging, but when Zhou Wen thought about it, it did seem to make sense. The Zhang family specialized in this, so although it was a problem for Zhou Wen and company, she could probably resolve it easily.

When Xia Xuanyue heard Zhang Yuzhi say that, she curled her lips and said, “I admit that your Zhang family’s knowledge of geomancy is indeed unparalleled in the world. You guys are probably the best if you’re trying to find a grave site, but it’s not necessarily the case when it comes to finding the dimensional zone. Zhou Wen, you have to think carefully. Don’t use the lives of hundreds of thousands of people to verify their knowledge.”

What Xia Xuanyue said makes sense. Even if the art of geomancy can really deduce where there are dimensional zones, how can I deduce if that dimensional zone is suitable for building a city? Zhou Wen thought.

Zhang Yuzhi wasn’t angered when she heard that. She continued indifferently, “Little Wen, I’ll take you there to take a look first. See if it’s suitable for you.”

“Sis, what are the Zhang family’s conditions?” Zhou Wen knew the principle of settling scores clearly even between brothers. Furthermore, Zhang Yuzhi didn’t only represent herself, but she also had the Zhang family’s interests behind her.

The first half of the sentence was understandable. Be it Zhang Yuzhi’s true thoughts or her desire to build a good relationship with Zhou Wen, those words made sense.

Zhou Wen originally wanted to ask why, but he held back. There were too many people here, so it wouldn’t be nice to ask. He planned on asking her in private later.

However, Xia Xuanyue suddenly thought of something. She glanced at Zhang Yuzhi before saying meaningfully to Zhou Wen, “Zhou Wen, the dimensional zone I plan on introducing to you is Diqiu. I can guarantee that our Xia family discovered that dimensional zone first. It’s unlike some families who rely on their intelligence to do despicable deeds.”

Clearly, Xia Xuanyue suspected that the Zhang family had stolen information about the Xia family and wanted to use the same dimensional zone to cooperate with Zhou Wen. She didn’t believe a word Zhang Yuzhi said.

Regardless of whether the Zhang family had stolen the information from the Xia family, Xia Xuanyue had said it first. If it was really the same dimensional zone, it wouldn’t be nice for the Zhang family to continue vying for it. Zhou Wen wasn’t unfamiliar with the name Diqiu.

Legend had it that Emperor Ku of the Three Sovereigns and Five Emperors was buried there. Everyone felt that there should be a dimensional zone there, but no one found it.

Ignoring the question of whether it was suitable for establishing a city, it was already amazing for the Xia family to have found the Diqiu dimensional zone.

The corners of Zhang Yuzhi’s mouth curled up slightly as she said disdainfully, “Some people like to project themselves on others when judging them. Our Zhang family naturally knows about a dimensional zone like the Digiu dynasty, but it’s a cemetery after all. Even the tomb of Emperor Ku can’t change the fact that it’s a haunted place. That’s a place for the dead. Why would I get Little Wen to build a city in that place? Wouldn’t that be building a city for the dead?”

“Oh, then I would like to know where the dimensional zone your Zhang family chose is,” Xia Xuanyue said as she stared at Zhang Yuzhi.

“It’s not Diqiu anyway. As for where it is, it has nothing to do with your Xia family,” Zhang Yuzhi said as she pulled Zhou Wen’s hand and got up. “Let’s go. I’ll take you to see that dimensional zone now. As for Diqiu, there’s no point in going.”

“Miss Xia, if we use Diqiu City in the future, the Xia family will definitely have a share. Don’t worry about that.” Zhou Wen explained to Xia Xuanyue before being pulled away by Zhang Yuzhi.

After leaving the district and finding no one around, Zhou Wen asked Zhang Yuzhi, “Sis, where is the dimensional zone you mentioned?”

“You’ll know when we get there.” Zhang Yuzhi blinked, but she didn’t tell Zhou Wen the answer. All she did was pull him forward. Zhang Xiao and the members of the White Crane team protected Zhang Yuzhi without speaking to Zhou Wen. Even Zhang Xiao, who had always had a problem with Zhou Wen, didn’t say a word.

As they traveled, Zhou Wen felt that something was amiss. The path Zhang Yuzhi had taken him on was the one near Guide City. He had been to all these places before, and he knew the dimensional zones here. There weren’t any dimensional zones that were suitable for establishing a city.

When Zhang Yuzhi stopped, Zhou Wen looked at the familiar ancient city and moat and asked with an odd expression, “Don’t tell me the dimensional zone you mentioned is here?”

“That’s right. It’s Guide Ancient City. If you want to build a city, the city is already here. You can even save the money needed to build it. Aren’t I good to you?” Zhang Yuzhi said with a smile.