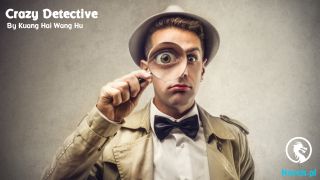 When Li Qingshan first obtained the notice, he tried suppressing the Sangharama God with it, but it had been useless. As a guardian god of buddhism, it was completely useless against him. Of course, Li Qingshan’s cultivation back then was insufficient too, unable to unleash the power of the notice.

Now that he had Forged his Soul back into the Void, attaining godhood, he immediately understood its wonders.

The six-syllabled mantra possessed great wisdom, great benevolence, and great might. It contained the essence of the myriad teachings of buddhism, hiding the Dao. Even if mortals managed to understand it, it could serve many wondrous uses. It could increase wisdom, alleviate disasters and free people from the duality of life and death. All sects of buddhism chanted and recited it.

Not to mention that this had been personally written by the buddha. It was naturally effective against Demon Gods.

Qiongqi was basically under three forms of suppression at the same time. The first was the will of the demonic heavens and the laws of the Demon domain from Li Qingshan, the king of Demon Gods and the lord of the Demon domain. The second were the laws represented by the Mountain-moving Great Sage, while the last was the seal personally written by Tathāgata.

Each form of suppression was more powerful than the last. It was much more useful than some Blood Oath of the Nether River. Even a Demon God could forget about breaking free. If it were not for the fact that the six-syllabled mantra possessed benevolence, without any heart to kill, Qiongqi would have been crushed to death then and there.

“A personal notice by the buddha!”

Demon God Qiongqi was shocked. He lowered his head, immediately losing his temper. It was no wonder the notice could be so powerful. Even a Demon God like him had been deeply deterred and immobilised. He asked in surprise, “Where did you find it? Don’t tell me you’re a part of buddhism!?”

Li Qingshan noticed the other Demon Gods. They were also waiting for him to answer quietly and tensely. He could not help but grin and confess. “I obviously ripped it off from the door to the Great Thunderclap temple. I dismantled the temple and pushed over the spiritual mountain, Vulture peak, in the process too.”

He had not done that intentionally back then, but nothing he said was a lie.

Demon God Qiongi was immediately left speechless. He ogled Li Qingshan. The greatest thing he loved was punishing good and propagating evil and corrupting the concept of right and wrong, yet right now, he suddenly felt like all of the wicked deeds he had committed in his life combined came nowhere close to the claim that Li Qingshan had made.

Vulture peak and the Great Thunderclap temple! They were both such holy and untouchable places!

He suddenly remembered how there had been an extremely large earthquake in the Demon domain recently. So he had actually been behind it!

The pure land and the demonic land were both from the Qilin Paradise. They were the two sides of the coin. If something drastic happened to one, the other would immediately receive a response as well.

Actually, Vulture peak and the Great Thunderclap temple were both secondary. What really mattered was the pond of lotus flowers. They were the foundations of Sukhāvatī, basically equivalent to the Black Sun Demon Heart. Now that Li Qingshan had swallowed both and merged them together, he had basically gained control over the Qilin Paradise. The two worlds would definitely begin to fuse together as well.

To buddhism, that was equivalent to destroying Sukhāvatī and opposing all of the gods and buddhas. A war was already unavoidable.

The enemies consisted of the gods of the heavens, the four bodhisattvas, and… the buddha himself, Tathāgata.

Li Qingshan glanced deeply at the glistening notice on the mountain. Jokes were still jokes after all. Compared to Demon God Qiongqi right before him, the buddha who wrote the notice caused him more fear.

“How exactly do you defeat such an unbelievable existence?”

The sense of fear and danger where a huge, golden hand would suddenly descend from above and crush him to death with a smack did not weaken after becoming a true god. It only became heavier.

Upon hearing that, the other Demon Gods were deeply shocked too. It was not just Demon God Qiongqi.

Originally, the “pro-war’ Demon Gods like Taotie, Taowu, and Qiangliang already leaned towards supporting Li Qingshan to take the throne and begin a true war. Now, they basically boiled with battle spirit. Since he would even tip over Vulture peak and dismantle the Great Thunderclap temple, what couldn’t he do?

The other Demon Gods dismissed their objections as well. They thought, This kid was born for a crisis. He’s a natural disaster that can overwhelm everything. He’s absolutely vicious. If I were to confront him directly, I’d probably die at his hand.

Demon God Qiongqi asked, “How did you leave Sukhāvatī?”

Li Qingshan shrugged and pointed up. “I got people above.”

He turned around and clasped his hands towards the sky. The figure of the lion in the clouds nodded towards him before dispersing in the wind.

“The seven Great Sages, the Mountain-moving tablet…” Demon God Qiongqi murmured, “If I had known earlier…”

“If you regret it now, why did you do it at all back then?”

At this moment, the cool night wind blew over from the distance, making the flowers and leaves sway together.

Li Qingshan sucked in a deep breath. That was the letter of wind from the Wind-coursing Great Sage. It contained everything he had comprehended in the Formless realm. It had to do with the profound realm of Neither Perception Nor Non-perception.

In the past, his power was insufficient, completely incapable of sustaining a realm like that. Now, he finally could.

The wind grew louder and louder, surging through the world. This world was his small world.

Having undergone the seventh heavenly tribulation, his cultivation was now Forging Soul back into the Void.

The void was not nothing, nor emptiness. It was the invisible and intangible, yet also omnipresent and omnipotent laws.

Only now did he truly become the ruler of the Demon domain. He could freely control this world. With a thought, spiritual qi surged over.

Immediately, a vine rose up from the ground with a rumble, meandering and extending like a dragon or a snake. It sucked in all of the tiny Li Qingshans and wrapped around Qingqi mountain, blooming with a white flower that finally turned into a violet-golden gourd.

With a crack, the gourd split open and colourful light burst out in streams.

Li Qingshan leapt out, sized like a mountain. His eyes shone with a divine glow. He was all-powerful, impervious, and able to bring the elements to his will, all the while blending in with nature. He planted his foot on Qiongqi’s head and rebuked, “You old dog, how dare you deceive me! Do you still remember how haughty you were back then?”

Over all these years, for the sake of this gamble, he had been burdened with so much pressure, yet Qiongqi still dared to pull tricks and escape from the restraints of the Blood Oath of the Nether River, almost getting him for good.

“If it weren’t for me, would you be here today?” Demon God Qiongqi rolled his eyes.

“In other words, I should be thanking you?” Li Qingshan squinted his eyes murderously. “Since you like tempting death so much, you can go die!”

He swung his hand, drawing the sword and swinging down over his head.

The Sword of Xuanyuan! Demon God Qiongqi was startled inside. Why does this kid have everything?! If he let the sword slash down, he was done for. He cried out, “Spare me!”

The sword stopped mid-air. Li Qingshan asked, “You fear death. Why should I spare you?”

“I don’t fear death. I just think that if I die right now, I’ll miss out on a lot of novel sights and events in the future. I can be your mount or your dog, but spare my life. Even killing me after the crisis is fine too.”