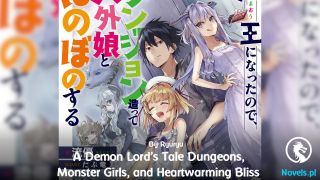 The remaining seven billion holy elixirs were all used to issue missions!

Jian Wushuang’s mission was to ask a rank seven peak True Saint to help him, and the reward was seven billion. This mission had already reached the emperor-level.

The mission that Jian Wushuang issued now was an emperor-level mission.

Experts gathered in the First Heaven, and there were many kinds of missions in the Heaven-cleaving Alliance, but emperor-level missions were still very rare.

Moreover, the mission that Jian Wushuang issued this time had a reward of seven billion holy elixirs. Therefore, when the mission was issued, it immediately caused a great shock, many emperor-level members were interested in this mission.

This was a Mystic Realm in the core of the Heaven-cleaving Alliance.

In the hall, a large number of experts of the Heaven-cleaving Alliance gathered in twos and threes, chatting casually.

Due to the geographical location, the Heaven-cleaving Alliance members who appeared in this Mystic Realm were generally of higher levels and were extremely strong.

At this moment, two figures were sitting opposite each other in front of a table. In front of them was a list of tasks.

“Seven billion holy elixirs? It’s only for a rank seven Peak True Saint to take action once. The reward for this task is quite high,” a burly man said frankly, his voice was not concealed at all. It reverberated throughout the hall, attracting the attention of many people.

“Inviting a rank seven Peak True Saint to take action, five billion holy elixirs would normally be enough, but this mission actually offered a price of seven billion.” The other red-haired old man smiled indifferently, however, when the two carefully read the mission’s contents, they immediately felt relieved.

“No wonder the reward is so high. So this mission also has to offend the Purple Cloud Pavilion. The Purple Cloud Pavilion is an absolute overlord in the First Heaven. Not only do they have many Peak True Saints, they even have a Principles Master personally overseeing them. There’s no need to necessarily offend such a sect. It’s not wise to do so,” the burly man said.

“Indeed. Moreover, this mission has already stated that the rank seven Peak True Saint we invited must be able to deal with the heart shaman head-on…”

“I’ve heard of the heart shaman, one of the elders of the Purple Cloud Pavilion. Although he hasn’t reached the rank seven Peak True Saint yet, his methods are extremely formidable. He’s even more difficult to deal with than an ordinary rank seven Peak True Saint. Moreover, this person is narrow-minded and will fight over every penny. This time, he’s doing it to reward his personal disciple. If any of us try to stop him, we will definitely be targeted by him.” The red-haired old man shook his head with a smile.

The two of them were emperor-level members of the Heaven-cleaving Alliance. One of them was at the peak of the seventh rank, while the other was infinitely close to the peak of the seventh rank. The reward of seven billion holy elixirs for this mission…it was indeed attractive to the two of them, but they obviously had no intention of accepting this mission.

After all, neither the Purple Cloud Pavilion nor the heart shaman was easy to deal with.

The two of them did not intend to accept this mission. However, at a table beside them, a long-haired handsome man who was drinking alone slowly stood up and walked toward the counter.

“Give me a list of missions,” the long-haired handsome man said indifferently. His voice was a little hoarse, but it was very magnetic.

“Lord Dao Dragon, this is the list you asked for.” The green-clothed woman at the counter was a rank six True Saint and a member of the Heaven-cleaving Alliance. However, when she faced the long-haired handsome man, she was very respectful.

The long-haired handsome man took the list and glanced at it briefly. He saw one of the emperor-level tasks.

This emperor-level task was the one Jian Wushuang had issued.

“I accept this task,” the long-haired handsome man said directly.

The green-clothed woman immediately completed the next step for the long-haired handsome man, and the latter also accepted the task.

This mission was originally a single mission, and only one person was needed to complete it. Now that the long-haired handsome man had accepted it, no one else could accept it.

“Lord Dao Dragon, since you’ve already accepted this mission, then according to the request of the person who issued the mission, you need to rush to the nest he’s in at the fastest speed possible. However, the space-time of his nest has already been sealed, and you can’t directly use the spatial passage to reach it. Therefore, Lord Dao Dragon needs to rush to the nest nearby first, and then rely on your own strength to rush there,” the green-clothed woman said.

“Yes, you can tell him that I’m leaving now and will arrive in ten days,” the long-haired handsome man said.

“My young friend, someone has already accepted the mission and is rushing here.” The brown-haired elder appeared in front of Jian Wushuang.

It had only been half a day since he issued the mission, and someone had already accepted the mission. It seemed that the reward of seven billion holy elixirs was very attractive.

“I wonder who accepted the mission. Does he have the ability to fight against the mind witch?” Jian Wushuang asked.

“Don’t worry, my friend. Your task requirement has clearly stated that you must deal with the mind witch alone so that the mind witch has no room to fight. The Heaven-cleaving Alliance will naturally choose a person for you according to this requirement. If the other party’s strength doesn’t meet the requirement, it’s impossible for him to accept the task. Moreover, the person who accepted the task is called Dao Dragon. I just heard of him. With his strength, he can deal with two mind witches even if they are tied together.” The brown-haired elder said confidently.

Since the brown-haired old man was so confident, it meant that the expert named Dao Dragon must be very powerful.

“My young friend, Lord Dao Dragon has already set off and is rushing here. He said that he will be here in ten days,” the brown-haired old man said.

“Ten days?” Jian Wushuang could not help but smile. “I also need a few days to absorb the divine power fruits. When I refine all of them and reach the peak of rank four or even the limit, my strength will be even stronger!”