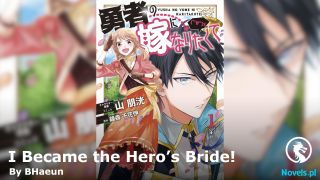 Until June, Minglan’s belly had already been quite swollen. When she lay on the bed, she could lean her book against her belly to read. The little baster in her belly stopped following the rules, being either quiet for a long while or active all of a sudden. After the imperial doctor took her pulse and checked her over and over again, he said that everything was fine with a smile. The situation right now only made Minglan regret that she hadn’t been a gynecologist.

Now that it was close to her delivery day, Mama Cui become more and more vigilant with her eyes turning green, looking quite scary and that everyone in the yard looked like a bad person to her. Everything that Minglan had taken in needed to get through a very strict inspection by Mama Cui, which even narrowed the latter’s eyes. Xiaotao told Minglan privately that Mama Cui had used to work in a big family where the madam and the concubines fought fiercely, that memory frightened Mama Cui for her whole life.

However, Mama Cui happened to catch Xiaotao gossiping that. Then she grabbed Xiaotao by the ear and punished the latter to clean the floor. Perhaps Mama Cui also knew that she had been too paranoid, so she couldn’t help sighing, “Old Madam Sheng always said that everyone has his own fates. At that time, her baby was born safely. That is a chubby boy who weighed around eight pounds. No one knew that he would be killed by such a tiny thing…”

Minglan looked down and touched her belly. She had done everything she could. What happened next all depended on the fate.

Over the past month, the Gu’s mansion remained peaceful most of the time. During this period, Tingcan came back to cry twice. The first time was because the Princess had married a woman to Young Master Han as his concubine overtly. Old Madam Qin coaxed her daughter with warm words and sent the latter back. The Second time was because Young Master Han had stayed in that concubine’s room at night for five days. This time, Old Madam Qin finally hardened her heart and scolded her daughter away. However, after Tingcan had left, Old Madam Qin cried bitterly in front of her three daughters-in-law, saying, “I only regret that I haven’t taught her well before. This girl is so spoiled that she knows nothing about this world!” Meanwhile, she held Minglan’s hand and kept saying, “I hope that her sister-in-law could pity her and give her some advice. Otherwise, otherwise…”

Minglan got confused for a long while after she had gone back to her room. Danju knew what she was thinking. When there was nobody around, Danju asked, “Is there anything you didn’t figure out, Madam? Seventh Lady only ends up like this because karma prevails, right?” Danju had served the ladies since her childhood and was influenced by their manners. She wouldn’t compare Minglan to Gu Tingcan, but even the hypocritical Molan and domineering Rulan kept up to the rules of being a lady. They were good at doing needle works, checking the accounts, governing the servants… and all kinds of things, unlike Seventh Lady of the Gu’s who held a book of poems in her hand all day and only liked to show off her literary talents without caring about her real duties. What’s more, she always uttered those sarcastic words to others and never got off her high horse, wishing that everyone could praise her and pamper her.

“She’s only looking for trouble by putting an air as a lady in her husband home. No wonder why Old Madam Qin cried.”

Minglan shook her head and stroked the suet jade bracelet on her wrist, “Something’s wrong. She should cry, but not in front of me.” Danju chuckled, “Perhaps she wanted you to put some words for Seventh Lady.”

“Will I do that because she begs me?”

Danju was frozen for a lack of a better word.

With a serious look on Minglan’s face, she looked at the colorful glass curtain at the door thoughtfully, saying, “She’s smart. She knows what kind of a person I am, so she won’t do a meaningless thing, and that will make her look weak too.”

If one day what happened to Gu Tingcan ruined the Gu’s reputation(For example, she was divorced), Minglan would have to stand up for her daughter-in-law without Old Madam Qin’s requirement. However, if Gu Tingcan was wronged in her husband’s home, that should be her own training. Therefore, why Old Madam Qin had asked that knowing that she wouldn’t get what she wanted?

“Only to win a good reputation by playing weak?” Minglan pondered.

That was not the only thing that troubled her. Ever since Aunt Kang had been cursed fiercely by Momo Chang, she hadn’t shown up in the Gu’s mansion for a long while. Minglan had thought that this eldest lady of the Wang family would never come to the Gu’s mansion. However, she didn’t know what kind of sweet words Old Madam Qin had said to Aunt Kang, after only half a month, Aunt Kang was back again. This time she was much gentler than before. Neither did she make any unreasonable requests, nor did she put on an air. At first, she had felt embarrassed to come, so she had asked her illegal daughter to go to House of Auspiciousness to apologize to Minglan.

“Madam told me to come here to make an apology. She said that she was getting confused with age and hoped that you wouldn’t take her words into mind.” Kang Zhao’er stood in the room shyly. The panicky and fragile look on her face couldn’t cover her beauty and nice figure.

“Madam, if you are still angry, you can hit me to vent our anger.” Zhao’er’s voice was as soft as the mosquito, she nearly shed tears in fear. She kept pulling his brand new pink Beizi with branches and threads pattern. She and Yuan’er, her legal sister were only two years apart, so she had worn Yuan’er’s old clothes since her childhood. Now wearing new clothes actually made her uncomfortable.

Minglan couldn’t help but sigh as she looked at Zhao’er. Before she had got married, she had met Zhao’er several times and knew that the latter’s mother was Aunt Kang’s maid. Zhao’er had been Yuan’er’s follower since she had been a little girl and grown up adapting to Aunt Kang’s disposition.

“I’m not angry at all. Momo Chang has a temper and offended Aunt Kang. That’s my fault.” Minglan smiled and told Danju to send the agate grape that had just come in to Aunt Kang. Then this incident was under the carpet.

The next day, Old Madam Qin, Aunt Kang and Zhao’er as well as a group of maids came to House of Auspiciousness and inquired the pregnant girl’s health for a long while. Aunt Kang smiled warmly and showed the utmost solicitude to Minglan. Her overly intimate words scared Minglan out of wits. Anything abnormal must have a reason. Minglan got alert at once and refused to join the happy family gathering with a nonchalant look on her face.

Seeing that Minglan didn’t coordinate with her courtesy words, Aunt Kang then left with a reluctant smile. After that, she often brought Zhao’er to visit the Gu family. Even if she didn’t go to House of Auspiciousness, she would let Zhao’er greet Minglan.

Things went back to normal afterwards. Aunt Kang and Old Madam Qin seemed truly congenial with each other. They visited each other very often, but none of them made any weird acts. However, Minglan only got more and more anxious. A person like Aunt Kang would only pay a visit to others when she needed something. However, this time she never asked for anything. Since then, Minglan didn’t understand why Aunt Kang made peace with her.

It couldn’t be that Aunt Kang had been converted to the Buddhist, could it?

At the end of Minglan’s pregnancy, she felt the most tired. She got drowsy every day as she looked at the pillows and only wanted to eat and sleep until the day she would deliver the baby. It was such a shame that she still had to use her brain to think whether someone tried to set her up.

The maids and the servants didn’t quarrel. The stewards and the pageboys never bullied anyone. Old Madam Qin only worried about Tingcan’s married life. Shao shi was busy teaching her daughter. Zhu shi was engaged in serving both her husband and her children. The family was totally harmonious and there was no sign of any bad thing. Maybe there really wasn’t anything being planned now. Maybe Minglan had thought too much. Since she still couldn’t figure out what those women were plotting, maybe she was worrying about troubles of her own imagining.

A blast of warm wind blew into the room and flipped a book on the table of which she had just read half to the chair. Minglan walked over while holding her belly, yawning. She wanted to take a nap now, so reading the novel to get herself to sleep was a good choice. As she glanced at the book, she saw the first sentence on that page, “Sometimes it might seem totally pacific, but danger is hiding everywhere.”

Minglan looked at the sentence in a daze for a while. Suddenly, she got cold sweat on her back for no reason.

Tu Hu was born with a malicious look. Also, there was a hideous scar from the left of his forehead across his nose and to his jaw. He was what they all called ‘Completely marred by a scar’ who scared and also repulsed people. However, the Tu brothers were good at investigating and assassination.