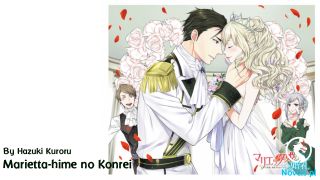 Chapter 645 You Were Not Welcome

The chubby old man shrank his pupils and quickly snatched the report from the scout. After a closer look, he turned his head to look at the King Warrior in red, and said solemnly, “It seems that your rest time is about to be halved.”

The King Warrior in red dared not delay any longer, “I’ll make the arrangements!”

The chubby old man nodded. The light of deep worries flashed through his eyes.

Even though…there had been countless ups and downs in the past three thousand years of his life, it was the first time that he had faced a corpse demon. Could he really save Ma Camp?

The people in this era did everything very fast.

After a short while, ten warriors were divided into two teams. The teams turned into two beams of light, flying towards the two giant corpses.

“I will try first to attack the giant corpse later, and you see if there is any danger around us.”

The King Warrior in red transmitted the sound, and the four people nodded in unison with calm and cautious looks.

Soon the five people rushed into the black mist. The huge outline of the giant corpse appeared in front of everyone. The King Warrior in red narrowed his eyes, and a blood-colored spear appeared in his hand. He sped up like a beam of blood light and pierced at the black mark on the chest of the corpse accurately.

The King Warrior in red was not Wu Rong. He was so fast that the clumsy giant corpse was naturally unable to resist, and the blood light instantly pierced through the black mark.

The four King Warriors were all pleasantly surprised when they saw this scene. Only the King Warrior in red, who was alone in the blood light, suddenly changed his face, and then he retreated to the side of the four without saying a word. The palms holding the spear were full of blood.

The pupils of the four of them shrank suddenly. They all knew that Captain was powerful, but he was injured in the first blow?

The King Warrior in red looked at the clumsy giant corpse that was slowly approaching them in the distance, and saw the white dots on the black mark. He said in a complicated tone, “This giant corpse is different from that one in Li Camp back then. The mark is too hard… I suspect that black mark isn’t its weak point!”

At this point, the King Warrior in red said in a lower tone, “It is much more difficult than we thought to pin down it. Let me send the news back first!”

“Has its weak point changed…”

The chubby old man looked thoughtful, “It’s okay. Since there are only giant corpses and no corpse demons, we still have time. As the King Warriors are pinning down the giant corpses, we can try to find the new weakness of these giant corpses. By the way, Hong, how is the rune tactical matrix?”

“Very well, Qingling is also a good girl. You go to coordinate the rotation of King Warriors. There is no room for error.”

Li Hong turned and went down the city wall. Seeing him leave, the middle-aged King Warrior with a curly beard standing on the other side of the chubby old man could not help but snort coldly, “Huh! Coward! Chief, speaking frankly, you are too partial towards him! There are eleven King Warriors in Ma Camp. Why can he not be on the battlefield alone?”

As soon as this remark came out, the eyes of the other ten King Warriors waiting on the wall also changed.

The chubby old man laughed with his sharp eyes. He slowly said, “I am always fair. Li Hong does not enter the field because of some reason. You don’t need to feel unfair about that. As for Ding Gang, if you are unhappy because of your younger brother being punished, you can explain it to me. If you are driven by your selfish intentions to sow dissension in such a period… Do you know…what you are doing?”

Then Ding Gang’s face changed slightly. He was indeed upset because of his younger brother Ding Zhang, and he didn’t think about the consequences.

The other people were also eased. Since Ding Gang had his own reason, they still chose to believe in the Chief.

At this moment, Wu Rong ran all the way and returned to the courtyard residence. Then she saw Dai Hechun and Li Dazhuang waiting in front of the steps. She was actually the last one to come back.

“Have you arranged everything?”

She stepped forward and asked. Dai Hechun and Li Dazhuang both nodded.

“I heard a loud noise just now. Has a war already made in front of the city gate?”

Dai Hechun looked worried, and Wu Rong forced a smile, “It’s okay. I saw a lot of King Warriors on the city wall. So far, I only see dark clouds, and I don’t see the shadow of a giant corpse.”

Dai Hechun nodded and turned to look at Su Li’s house, “I don’t know how long it will take her to come out…”

Wu Rong raised her brows and said in a firm voice, “Captain was called to help. We can’t wait. Dazhuang and Hechun, from now on, we take turns to get out to inquire about the news. We must ensure that we can know the situation of the front line as soon as possible, and tell it to Su Li!”

Li Dazhuang smiled, “We can do this simple thing.”

At the same time, in Jiuzhou Region of Qingshui Circle, Ling Li held his sword and stood by the sealed big tactical matrix of Chimo Circle.

Suddenly, a beam of golden light appeared out of nowhere and turned into a carrier rune, from which came Hua Yan’s eager and nervous voice.

He opened his eyes suddenly. As the golden glow flashed in his eyes, his black hair fluttered automatically. A dragon-shaped phantom appeared behind him, and it looked down on the sealed tactical matrix with its noble and indifferent eyes.

All of a sudden, the heaven and earth shook!

The white patterns were dyed golden. Small cracks appeared from the center, and then the cracks quickly extended out like a spider web. Ling Li sent out another punch without saying a word.

The seal was instantly shattered, and a human-shaped hollow appeared in front of him.

At this moment, Chi Tian, who was far in the temple of Chimo Circle, suddenly opened his eyes and disappeared from the throne in the blink of an eye.

Ling Li suddenly felt a suffocating pressure was coming to him. Before he could dodge it, a tall and red-haired man appeared in front of him, staring at Ling Li with a slightly serious expression.

“Did you break the seal and call me here?”

“I didn’t expect anyone in this circle could break the seal besides Grand Elder Su.”

Chi Tian nodded and smiled casually, “Is Grand Elder Su busy with anything?”

After a while, in the hall of Ni Sect—

When Hua Yan saw Chi Tian coming in, she was at ease, and she thanked Ling Li again and again. Fortunately, she believed him this time. Otherwise, Ni Sect would have been in danger.

Hua Yan looked ashamed, “The Grand Elder of my sect is still missing. I just received the news that Fate Palace made a new movement. If Bai Mo attacks us in person, we can’t resist him. So, only you can help us.”

Chi Tian shook his head and said in a relaxed tone, “I’ve heard about the news of Grand Elder Su from this Little Fellow Practitioner Ling. Lord Hua, don’t worry. Now that I show up, Bai Mo can’t get in.”

Hua Yan said with gratitude, and then she talked about the battle of Ciyun Building, “In fact, Grand Elder did achieve something last time. In this short half month, Tianyake Attic sent us the news that the fifty Grand Elders of holy sects controlled by Fate Palace all died! The sects are in chaos and they cannot pose a threat to my sect. And the remaining thirty holy sects have all declared that they joined Ni Sect!”

As soon as this remark came out, even Chi Tian was stunned.

Moreover, the remaining thirty holy sects turned their coats together, which was extremely abnormal. Su Li must have done something. Otherwise, Bai Mo would have detonated the Poisonous Fate Substitute Insect, and wouldn’t have watched those Junior Emperors rebel against him!

What the hell did that little girl do?

In terms of destructive power, it seemed he was far inferior to her.

When Chi Tian was confused, he finally saw a glimmer of hope at the same time. Maybe Bai Mo…could be defeated, and he could save the creatures in Chimo Circle.

And because of the decline of the Chimo Circle and the short lives of warriors, he was the only one whose age exceeded ten thousand years. That was to say, except for him, everyone hadn’t the mark of the natural law, and they would not be rejected by this circle.

This was the best solution.

“Hopefully, we can succeed before the destruction of Chimo Circle…”

Thinking of this, Chi Tian raised his head, “During this time, I will stay with this Little Fellow Practitioner Ling Li to protect Ni Sect at the entrance of the seal. The expelling pressure on me there is much less, but the restriction of the natural law is still there. I can only stay for a month at most, and then I have to return to rest for a while.”

Hua Yan was a little relieved, and she brightened her eyes, “Although Grand Elder isn’t here, we have the strength to fight back at this moment. If Fate Palace strikes, I can deal with the enemies except for Bai Mo!”

Chi Tian laughed heartily and disappeared in the hall.

Ling Li nodded to Hua Yan. He wanted to follow and leave, but Hua Yan stopped him, “Wait! Fang Yuan has also gone back to Tianhe Sect these days. You can go…and see Buwang.”

Ling Li’s body shook suddenly, but he finally left the hall silently without saying anything.

“The father and son are really…”

Hua Yan shook her head and had a wry smile. She didn’t know when the father and son would be reconciled.

Ling Li left the hall and lost in thought. Finally, he came to the house where Su Buwang lived. He stood outside the house and stretched out his hand to knock on the door, but…he paused and got his hands off the door. After a long time, he pursed a little and sighed inwardly. When he was about to leave, he saw that Su Buwang was behind him, holding a basket of wine bottles and looking at him indifferently.

Su Buwang turned his head and glanced at him, holding the wine bottles with a cold snort. He walked past Ling Li, “You know you are not welcome here.”