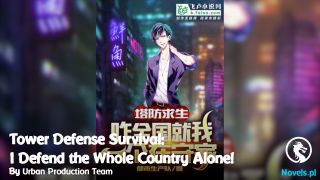 “Actually, it’s alright.” Jinchenhen’s voice was hoarse. “I just want Dad and Mom to be fine.”

Li Yinian couldn’t help hugging the two of them. At this moment, the clock struck midnight.

After giving each other their blessings, they both chuckled. Li Yinian finally felt relieved.

Ye Shengge woke up around eleven at night, and she was lying on a bed when she woke up.

Her neck was still sore. She forced herself to sit up and realized that she was in a white room. This decor made her realize that she was still in Professor Xu’s research institute.

However, she was the only one in the room.

Her heart sank. She was afraid that Ji Sh*ting had been dragged to the operation by Professor Xu, so she rushed to get out of bed. Before she stood up, she realized that the door was pushed open.

“You’re awake?” Ji Sh*ting smiled and walked over with a tray. “Are you hungry? Eat something first.”

“Sh*ting.” Ye Shengge wrapped her arms around his waist when the man walked to her. “What did you talk to Professor Xu about? I won’t allow it. I won’t allow him…”

Ji Sh*ting couldn’t help smiling upon seeing how anxious she was. “Don’t worry. I’ve talked to him about our cooperation. We can leave here tomorrow.”

“That’s right. If this project succeeds, the future profits will be unimaginable,” Ji Sh*ting said. He sounded a little excited, but his eyes were calm.

She immediately realized that their conversation might have been overheard, so she shouldn’t question it at all. She nodded and said, “Okay, as long as they don’t operate on you, I’ll listen to you.”

Ye Shengge thought that their crisis was over, so she was in a better mood. She ate the dinner Ji Sh*ting had sent her.

Although she didn’t have much of an appetite, she tried her best to eat. She would only have the energy to deal with any possible accidents after eating.

There was nothing to do after dinner, so Ji Sh*ting carried her to bed.

Ye Shengge buried her head in his chest. She suddenly felt like a lifetime had passed as she recalled how intimate and ridiculous they had been last night.

“Tomorrow…” She fell silent as soon as she said that. She didn’t dare reveal the existence of the two kids if someone was really listening in on their conversation.

However, Ji Sh*ting understood what she was trying to say.

Ye Shengge nodded, but she didn’t notice that the man said “you” and not “we.”

Ji Sh*ting held her face and kissed her lips.

He kissed her meticulously and lingeringly, and his burning lips and tongue pressed against hers. Ye Shengge couldn’t help moaning, and her face burned… She wrapped her arms around his neck and stuck out her tongue to cooperate with him.