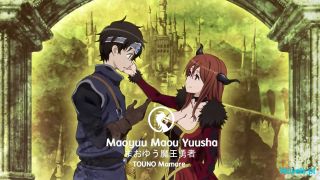 Ye Shengge hesitated for a bit, walked to Young Master Huo and took out a card. She put it in front of him and took the chance to look him in the eyes. She could see a gentle and comforting smile in the man’s eyes, which made her feel more at ease.

At the same time, she was certain that he was Ji Sh*ting!

She then walked to Xiao Ruilang and gave him the first secret card.

The second card was the open card. Ye Shengge didn’t stand on ceremony and pressed a card on the hidden card. However, she didn’t expect the open card to be an “A”. Everyone was excited.

Ye Shengge almost jumped out of her skin. Why did that man take away an A?

Xiao Ruilang smiled and said, “You really brought me luck.”

Ye Shengge cursed inwardly, but she had to smile at him. She then walked to the other side, took a deep breath, took out a card and put it in front of him.

Ye Shengge’s heart sank. There was a difference of five points between them with just one draw of cards. Even if Xiao Ruilang’s secret card was 2 or 3, he would still have 13 or 4 points, and Ji Sh*ting’s secret card would have to be at least 8 points for him to win!

Other than Ye Shengge, everyone else saw the result and gasped. Anyway, it seemed that Xiao Ruilang had a higher chance of winning.

However, Ji Sh*ting was calm. He smiled and said, “I’ll drive first.”

He then flipped open the secret card.

In other words, Ji Sh*ting only had 13 points while Xiao Ruilang had 11 points. As long as he got more than 2 points, Xiao Ruilang would definitely win!

This was too… Ye Shengge almost broke down. This meant that not only could she not leave, Ji Sh*ting would have to pay a billion yuan and pour Xiao Ruilang a drink.

The more Ye Shengge thought about it, the more upset she got. However, she seemed to be on Xiao Ruilang’s side, so she couldn’t show any negative emotions yet.

However, the others didn’t need to hide it. They all cried out.

If Young Master Huo really lost a billion, it would be amazing.

Although they had some ties with Young Master Huo, they were just friends. If the Huo family really went bankrupt, they wouldn’t show much sympathy.

Xiao Ruilang leaned against the chair and smiled, “Interesting.”

As the host of today’s event, Young Master Cheng didn’t want to make things too ugly.

He frowned and said, “Young Master Huo, why don’t you apologize to Mr. Xiao and stop the bet?”

“No need.” Ji Sh*ting looked at his cards and smiled. “Mr. Xiao hasn’t started yet.”

“Are you sure?” Xiao Ruilang curled his lips and played with the card. “I can give you a chance. If you give up now, you just have to pour me a glass of wine and apologize.”

“Why are you so sure that I’ll lose, Mr. Xiao?” The man pointed at Xiao Ruilang’s hidden card. “Open it.”

“In that case, I won’t stand on ceremony.” Xiao Ruilang licked his lips and looked excited. “Meimei, help me open it.”

Seeing how smug he was, Ye Shengge wanted to punch him in the face and throw all her cards at him.