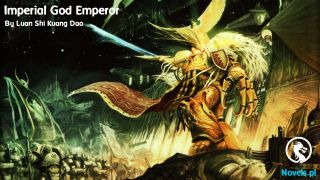 «Kiss Goodnight, Mr.Ji (Web Novel) - Chapter 1160: I Don’t Have Private Relations With Her

Chapter 1160: I Don’t Have Private Relations With Her

‘Already have a partner?’

“Who is it then?” Ye Shengge looked at Qiao Yanze.

Qiao Yanze resisted the urge to roll his eyes seeing how confused she was.

“Forget it. Walk the red carpet on your own then. You’ll look good,” Qiao Yanze said as he stared at Shang Tianyi. “When is Li Yinian coming back?”

“She’s filming a music video overseas for a couple of new songs. It might take a while,” Shang Tianyi explained.

Qiao Yanze’s face was sullen, and he couldn’t help exuding a cold aura. He had thought that woman had finally been moved the last time he had been in Qianfan Villa with Li Yinian, but she had run overseas the next day and hadn’t returned yet. He didn’t know whether she was avoiding him on purpose.

“Yinian is very good. I contact her almost every day. Don’t worry,” Ye Shengge said provocatively. She couldn’t help taking it out on Qiao Yanze when she recalled what Li Yinian had said to her that day.

Qiao Yanze glared at her. Seeing journalists walking over, he said, “They’re here for you.” Then, he left with Su Xintian.

Su Xintian observed Qiao Yanze’s face carefully and couldn’t help biting her lips. It seemed that it was true that Li Yinian had refused him, and it was true that he had been chasing Li Yinian. Everyone on the Internet said that playboy had finally met someone who could subdue him, and that was true, but Su Xintian knew that even before this, Qiao Yanze wasn’t as playboy as the outside world thought. At least Qiao Yanze had never touched her, and as far as she knew, he hadn’t touched any female artists in Huayao. Actually, she had wanted to have something happen between her and Qiao Yanze at first, but seeing that the situation wasn’t right, she stopped thinking about it. Fortunately, she had done so in time, otherwise, Qiao Yanze might not have been willing to praise her like this.

“President Qiao, I didn’t expect you to be so close to Ye Shengge,” Su Xintian said with a smile, seemingly testing the waters.

Qiao Yanze shot her a glance and said, “I don’t have any personal ties with her.”

If it weren’t for Ji Sh*ting, he wouldn’t have bothered with Ye Shengge.

Su Xintian’s eyes widened, but she didn’t ask further. She turned around and saw Ye Shengge surrounded by journalists.

Ye Shengge was a bit dazed. At first, she didn’t believe it when Qiao Yanze said those journalists were here for her, but she hadn’t expected to be surrounded by excited journalists in the blink of an eye, and one of them was even holding live-stream equipment.

“Shengge, we’ve finally caught you!” One of them asked excitedly. “This is the first time you’ve shown yourself since you came back, right? I heard you attended as a guest presenter today?”

“There’s been a lot of trouble with the cast of ‘The World’ lately. Can you explain it to us?”

“Did Mrs. Liu from Star Han hint that you were interfering with her marriage?”

“Are you really dating Su Yao?”

“What’s your relationship with Mr. Xiao of the Xiao Corporation? There are also rumors that you’re Ji Sh*ting’s wife, and you even have two kids, which is why you retired for three years.”

Ye Shengge couldn’t handle all the questions thrown at her. She then realized that the media had been too busy interviewing big shots to bother about her. It wasn’t that they weren’t interested in her. After all, there was a lot of news about her these days, and the netizens were interested.