Support
Random Novel
The Chronicles of the Immortal G 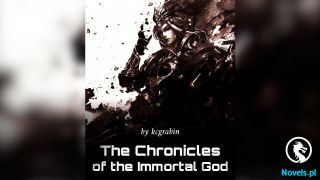 Now that the specifics of the event were published, the players’ activities had changed. Since there was a need to gather more info about the field and monsters now, more players could be seen roaming around the area and in turn, the number of players doing quests had decreased.

As one would expect, since the event is time gated, preparation for it takes priority over quests which can be taken even after the event.

Due to that, the number of players walking around inside the city had also decreased. They had put off deciding on a country for later and were exploring less explored areas to gather more info for their respective guilds such that they do not miss out on anything.

That said, Maple’s objective hadn’t changed since coming to the 9th floor and so she had gone out for free exploration today as well.

And that Maple had made her way to the royal castle today, unrelated to her quests.

“I would have to defend or attack this place so best to check it out beforehand!”

Since there were no quests which required one to do something at the castle, the only time they would normally visit it would be at the beginning of the floor. And it is exactly as Maple understood it to be — the battleground for this event would cover the castle as well as the city. It is crucial to know which area leads to where, the narrow and wide spaces, as well as the alleyways and the deadends.

Putting that aside, she also just purely wanted to walk around the castle.

As the structure of the city and the castle were similar, it would be enough to just explore one of these.

Maple was in the country of flames and wasteland where the castles had a dark underlying theme.

“So wide! You can probably get away with calling it a dungeon…”

In fact, the royal castle was made with the event in mind — having many diverging hallways and stairs, making it just as easy to get lost as it is in dungeons. And at the very end of this lies the royal throne. One would definitely want to memorize the shortest routes when aiming for the throne as getting lost here would result in the enemy defense reinforcements catching up.

As the route the soldier led her through was the shortest one, Maple had the soldier show her the route once again to record it before walking around the castle.

“I wonder what’s here? Excuse me…”

She went inside to discover that it was a kitchen where the NPCs wearing toques were cooking.

That said, this is still just a game. The cooks didn’t really pay any heed to Maple and continued cooking.

Just when she was looking around the room, wondering if there was anything interesting there, a blue panel appeared in front of her.

“Wah?! Ummm… Ohh, you can get recovery or status increasing food here if you give them ingredients."

It would seem the rooms with a purpose have an explanation to them which made it easier for Maple.

She decided to go in and have something cooked for her. Another blue panel hovered at one corner of the kitchen. It seems one needs to use this one to get their food cooked.

Maple chose some ingredients she had excess of and left the kitchen with the food.

She brought out the food she had just received from her inventory. It was a well grilled bone piece with meat.

Normally, it would raise all stats but for Maple it will only raise her VIT. That said, it was still a simple dish made just from monster meat.

Maple put away the wild dish for the time being and looked forward to eating it later as she continued exploring the castle.

“The king here eats food like this, huh… I mean, he’s a dragon, after all.”

She went about the castle wondering if there was something more and surprisingly ended up discovering quite a few things. Other than personal rooms, it had several workshops like the one Izu was using. On top of that, there were storehouses for ammunition and weapons as well as food warehouses.

Among these, there was something that had been mentioned in the recent announcement as well.

There were soft blue balls stored there and they had the description saying “Event limited item. Used to make use of certain monsters”.

“We can only hold ten at once so I should refill here if I am out!”

Sally had also shared with them that there were several warehouses throughout the city where you can find these. And so, one doesn’t really need to come all the way to the castle for a refill.

Despite that, she did find out that they would have supplies to necessary items in the field, the town or even the castle, no matter how pushed back they would be.

They might even be able to turn the tables on attackers during siege with players like Izu and Marx who have abilities that can fortify an encampment greatly. That’s how strong their defense can be.

If they fill up their inventory beforehand, they could easily avoid running out of items in the short period of 3 days.

That said, it’s not like Maple herself thought this far. She would only report what she found during her exploration to the other guild members.

If she just provides info, players like Sally who are much more accustomed to the game can adjust and come up with strategies.

“I wonder what else is there~.”

As Maple opened another big door and peeked inside, she found huge bookshelves packed with books which extended to the very end of the room. There were also stairs on the side which led to the 2nd floor.

“Wah… I wonder if Kanade could read all of this.”

It would easily take Maple years to even just skim over all these books.

Putting that aside, the library itself was quite big. The bookshelves were much taller than Maple and there were a huge number of them on both floors.

Normally, Maple would just take a look inside and head back. However, on the 8th floor, when Kanade was teaching her the language, he told her to look at libraries if she gets the chance so Maple decided to go and look inside.

“I wonder if they have anything interesting.”

A number of aisles were made with bookshelves tall enough to be walls and they extended to the very back. Maple started walking through the aisle, glancing left and right but all the books she saw were thick and looked hard to read.

“Even reading one would take quite a while…”

It all looked the same to Maple as there were no clear differences between the book covers. As she kept advancing through the aisle, she came in contact and crossed through something which touched her body.

Maple felt like something got in her face so she tried wiping it off but there was nothing there. Even when she turned around to see what she had just touched, there was nothing to be seen other than the bookshelves she just crossed.

“Am I imagining things?”

So she thought but she had definitely felt something. Despite that, there was no clear evidence of it in her surroundings so she came to the conclusion that she probably imagined it.

“Guess I’ll just return after looking at the back! Hmm?”

When she turned to face forward again, there was a staircase leading down just in front of her.

As there were no decorations around the staircase, one couldn’t really spot it from afar.

“It’s 3 floors?! Mmm, it really is huge… I must bring Kanade along next time!”

Maple started going down the stairs and decided she would also explore the third floor after she’s done with this.