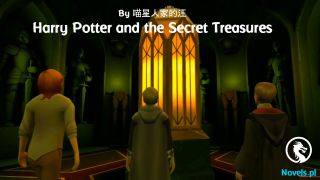 Chapter 2086: The Skull Devil Sect is his Backer!

Seeing the disciple running back into the hall, Chen Qijie and the other experts from the Blue Flames Devil Sect felt a trace of suspicion appearing in their hearts.

“Did you manage to find out what happened?” Chen Qijie snorted, “Don’t tell me Zheng Hao managed to kill that kid already.”

A mid-Second Order Emperor Realm expert beside Chen Qijie laughed, “Zheng Hao is an expert at the Seventh Order Emperor Realm. Killing a junior is something he can do with a single breath. There’s nothing strange about it. It should be that brat’s honor to die at Zheng Hao’s hands. After all, Zheng Hao hasn’t shown off his skills in years.”

The members of the Blue Flames Devil Sect nearly broke out into laughter as they discussed among themselves.

“It’s too bad we failed to head over in time…” Chen Qijie sighed ‘regretfully.’

However, the messenger disciple opened his mouth as he gasped for air, “Young master, ancestors, that’s… that’s not what happened.”

A frown formed on Chen Qijie’s face. “What do you mean that’s not what happened? Why are you stammering? Hurry up and spill!”

The disciple didn’t dare to dally as he took a deep breath before saying, “Zheng Hao wasn’t the one who killed the young man!”

“Who did it then?” Chen Qijie’s frown grew deeper, and a puzzled expression appeared on his face.

It was clear that he didn’t get the other meaning behind the disciple’s report.

“Zheng Hao is dead!” The disciple’s voice trembled as he forced the words out of his mouth.

Chen Qijie and the other experts froze as they stared at each other in a daze. Chen Qijie took several deep breaths before opening his mouth like a wooden chicken, “What?! Why is Zheng Hao dead?!”

Killed by the cow?!

“The cow?!” The mid-Second Order Emperor from the Blue Flames Devil Sect felt his throat going dry, “Are you sure?!”

He was the person who had wanted to beat the little cow up previously. Luckily for him, Chen Qijie had stopped him before he could do anything to the little cow.

“Yes! Zheng Hao gathered the experts of the Devil Extermination Gate to surround the kid. Before he could say a single word, the cow stomped him to death!”

Killed with a single stomp?!

Chen Qijie and everyone else in the hall felt beads of cold sweat dripping down their forehead.

What if Chen Qijie hadn’t stopped them?! What if they had actually tried to make a move on that cow?! Wouldn’t they already be…

“You… you can leave. Continue to investigate everything you can about that young man.” Chen Qijie waved his hand and dismissed the disciple. He slumped into his seat as he fell deep into his thoughts.

Chen Qijie nodded after hearing what they had to say. He felt as though their explanations were reasonable after thinking about it, and he heaved a sigh of relief. Even though he hadn’t formed any sort of enmity with Huang Xiaolong, he still felt as though the other party had disrespected him by declining his invitation. In his heart, he wanted nothing more than for someone to teach him a lesson.

After the little cow killed Zheng Hao, she was too lazy to mess about. With a single kick, she sent everyone from the Devil Extermination Gate flying.

Regardless of their strength, every single one of them became specks of dust in the distance before disappearing completely.

When everyone around saw the fates of the members of the Devil Extermination Gate, all of them sucked in a cold breath as they stared at the little cow.

After getting rid of everyone, Huang Xiaolong and the others continued on their way to the Skull Devil Sect. Wherever they went, everyone made way for them.

Not too long after they left, the news of the little cow wiping out all the experts of the Devil Extermination Gate started to spread like wildfire. The powers gathered in Saint Devil City were shocked when they learned the news.

Even though conflicts weren’t forbidden in Saint Devil City, killing others was!

Huang Xiaolong’s party had killed several dozens of people, and all of them were the high-level combatants of the Devil Extermination Gate!

“Who is that kid?! He dares to disregard the Devil Extermination Gate and challenge the authority of the Heavenless Devil Legion!”

“Hehe, whoever he is, he’ll be dead by tomorrow.”

Even if the Devil Extermination Gate doesn’t kill him, the Heavenless Devil Legion won’t allow him to continue living!

Everyone started to discuss among each other as they looked forward to Huang Xiaolong’s death.

With how fast the news of the little cow’s massacre spread, Zhu Sijia and the others managed to learn of the news long before returning to their base. They stared at each other in silence for a long time.

“Senior sister…” The disciple who was surnamed ‘Wang’ muttered under his breath, “This… This can’t be real, right?”

Zhu Sijia remained silent when faced with his question.

Not long after they learned about Zheng Hao’s death, another piece of fiery news started to make its way around the city.

“The youngster who killed Zheng Hao and the others went into the headquarters of the Skull Devil Sect!”

Everyone felt as though their brains stopped moving when they heard about the Skull Devil Sect.

Everyone who was waiting for the Devil Extermination Gate and the Heavenless Devil Legion to kill Huang Xiaolong fell silent, and their cries for him to be killed could no longer be heard!

It wasn’t a secret that the Skull Devil Sect had thrown in their lot with Huang Xiaolong in the past.

After all, the three Skull Ancestors had joined the battle in the Radiance World in the past.

The experts of the Blue Flames Devil Sect stared at each other with a bewildered expression.

“I would have never guessed for him to have the Skull Devil Sect behind him!” The Second Order Emperor piped up all of a sudden. “It’s no wonder he can act so arrogantly. It's no surprise he dares to kill Zheng Hao and challenge the authority of the Heavenless Devil Legion!”

There were other ancestors who were still unresigned to the fact that Huang Xiaolong had disrespected them, and one of them spoke up, “Even if he has a connection with the Skull Devil Sect, he’s still acting too arrogantly! The Saint Devil City doesn’t belong to the Skull Devil Sect, and neither does the Devil World!”

As soon as the news broke, Saint Devil City shook.