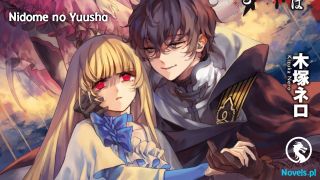 Chapter 1773: Being barred from entering

Sima You Yue was walking with a swagger along the street, and when those people saw her, they shunned her as if they had seen the God of Plague.

Especially those men, they fled in exaggeration when they saw her.

After walking for a while way and found that this was the case. She turned around, looked at Ting Shan and Ting Shui and asked: “It’s always like this when I come out?”

“Am I even more scary now?” She was speechless. Those people didn’t use to run, but now they ran away when they saw her.

“We would usually come out with an entourage of guards. There was once when someone ran by, and you made the guards teach him a severe lesson. After that incident, when everyone saw that there were guards by your side, they didn’t dare to run.” Ting Shan explained.

An entourage of guards who helped her abuse!

If it was going to be like this, how could she go shopping?

She walked aimlessly, thinking that this would not be good for shopping, and she would be seen as a monkey on the street. She saw a place that looked like a teahouse next to her, and she wanted to go in. Just as she raised her foot…

“Miss!” Ting Shan and Ting Shui ran over to hold her, “Miss, you can’t go in there!”

Sima You Yue came back to her senses when she saw that the gazes at which the people looked at her changed. They were not as scared as before, but there were sparks of interest and expectations in their gazes. However, Ting Shan and Ting Shui looked at her with fear.

“What’s wrong? Why can’t I go in there?” She asked curiously.

Sima You Yue was surprised, “Isn’t it a teahouse? Why have I been barred from entering?”

She even dared to take liberties with the Young Master who came from Crown City, no wonder even Murong Hui could only let her avoid things…

“Miss, if you are tired, let’s change a place to rest.” Ting Shan was afraid that Sima You Yue would rush in again and she grabbed her arm to prevent her from doing stupid things.

She sighed and said, “Let’s go to the other shop then.”

“Alright!” Ting Shan and Ting Shui hurriedly took her away, fearing that she would regret it the very next second.

The people who were waiting in anticipation to watch the excitement were all frightened. It was as if they didn’t recognize her anymore.

“Is this really the Sorrowful Ghost1?”

“It doesn’t seem to be right! The Sorrowful Ghost left like this?”

“But if you take a closer look, it really is the Sorrowful Ghost!”

“How is it like she has changed into a totally different person? That’s too quiet, too nice! I thought she would totally reprimand her servant girl!”

“I heard that the Sorrowful Ghost was chased and hunted down by someone while she was in Eternal Brilliance City and she almost died after falling off a cliff. Later, she was rescued by the Duke, but she hurt her head and lost her memory.”

“Of course it is true! This news came from the Duke Manor. Can it be fake?”

“Yeah, it seems that the Sorrowful Ghost is really different.”

“Can amnesia change a person’s character?”

“Whether or not if there is or isn’t a change, we can’t see it in such a short while! Maybe she just pretended and lied to us.”

So, many people followed Sima You Yue to the opposite shop.

On the second floor of the teahouse, in a private room facing the street, a handsome man in white robes heard the commotion below and took a sip of the tea.

“Sorrowful Ghost will change? Yuan Yan, do you believe it?” He chuckled.

“She will change? Hah! Then pigs can fly!” The man opposite him was also suave and handsome, but the manner in which he spoke was a lot more uncouth and he was also short tempered. The moment the subject was about Murong Xi, his eyes were full of disgust.

“I’m really curious, what exactly did she do to you that made you hate her so deeply?” The white robed man put down the teacup and looked at him with a smile.

The man smiled, “How old are you?! You still want someone to wipe your ass?”

“Ugh, I’m so annoyed! I only came here after I heard that she was not in Vast City. I didn’t expect that she would come back!” Yuan Yan said irritably.

“I think she is fine! She seems to be a calm little lady.” Mo Zhi said.

“She?” Yuan Yan stretched his hand out in front of him and waved it up and down. “Are you blind?”

“It’s because I am blind that’s why I meet with you.” Mo Zhi retorted back mercilessly.

“Tch!” Yuan Yan retracted his hand and snorted coldly. He then looked at the shop on the opposite side of the street that was surrounded by people. He didn’t know if it was because he saw Sima You Yue’s figure or thought of what she did to him, and his body couldn’t help but his hair stood on ends.

Mo Zhi swept his gaze over to see what was happening and asked, “Didn’t you say that she was a waste? Why did she buy so many medicinal materials?”

“Who knows!” Yuan Yan was not interested in what Sima You Yue was buying over there.

“What is it this time?” Yuan Yan asked sulkily.

Don’t think he didn’t know that the reason why Mo Zhi was so interested in Murong Xi was not how she really was, but because she had taken liberties with him before! He just wanted to watch a drama unfold!

If he had known that he would meet this woman, he would not bring him here at all!

“Well, yeah! What’s the matter?” Yuan Yan didn’t even want to look over there.

“That Murong Xi chose a lot of medicinal materials on the first floor, then went to the second floor to see armaments. She then went to the third floor to buy some blank array stones and went around on the fourth floor but found that the spirit stones were too expensive and gave up.” Mo Zhi said slowly.

“Tch, she’s just a waste, the most she’ll buy it back and get someone help her refine it.” Yuan Yan said impatiently, “Alright, let’s not talk about her! The interest in tea tasting is gone.”

“Well, if you think that she is so good, go find her then! Why are you still here having tea with me?” Yuan Yan said unhappily.

“Alright, I won’t talk about it anymore. If your affairs are settled this time round, it will be easier when you return to the family.” Mo Zhi no longer teased him.

“You really know where to poke where it hurts. Come on, just drink your tea.” Yuan Yan put another cup of tea into his hand and harrumphed.

“Aren’t I worried about you?”

“I don’t see any concern, I only found you gloating.” Yuan Yan snorted coldly.

At this time, there was a noise from the door of the opposite shop, only a voice filled with flatter was heard: “Miss, please take care. Please come again next time.”