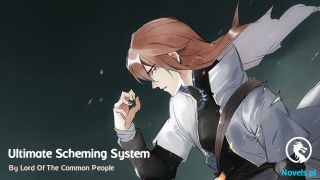 «Inferior Magic Swordsman: Using the Skill Board to Become the Strongest (Web Novel) - Chapter 38: I want to go to the Armor Shop!

It couldn’t withstand the rapid drying? A part of the wall of the basement fell off with a loud noise.

I nearly jumped at the loud noise.

Only a part of the wall has crumbled. The other parts are not even cracked, let alone damaged.

I slowly approached the crumbled area.

The pieces crumbling off is a part of the wall about 50 cm square.

The wall is as thin as about 5 cm. On the other side of the wall, wooden boards were stretched in a grid pattern.

“… Hmm? There is something in the back”

Carefully, I looked into the other side of the wooden board.

Beyond the wall was a pitch-black space.

The sound of flowing water reached my ears.

I turned the “lighting” lit in the palm of mine? Head to the back of the wall.

Beyond the wall, there was a path for water to flow.

It is hard to say that the flowing water is clean. Besides the water, there was a road that each person could pass through.

Slowly, a smoky smell is wafting into the basement.

If nothing is done, the basement that has just been cleaned will become smelly.

I returned the stones that had fallen off. Before hurriedly outing it back to its original position and then I filled the gap with earth magic.

“It’s very good repair work, but … is it strong enough?”

I knocked on it using my fist as a test. There are no longer signs of the wall crumbling.

I hurriedly went up, because of Esther’s words.

I pray that the wall will not crumble again…

As I leave the basement, I noticed that the chaise lounge and a reading table had returned to the empty church.

They were carefully dusted and cleaned and polished cleanly.

“How about it Toru? Isn’t my work pretty good?”(Esther)

“Yeah. It’s really beautiful. I think Nesis-sama will like it too.”

Esther looked embarrassed and couldn’t finish her statement. She then took out a piece of paper from her breastplate.

“The request is cleared. But who should I ask to get the signature?” (Esther)

I also noticed the problem.

If the request is fulfilled, the client must sign it.

But there is no one in the Nesis Church.

Even though we’ve worked hard, we wouldn’t be able to clear the request.

We were in trouble, but suddenly I noticed something wrong with Esther’s paper.

“Hey, Esther. Did you put that mark?”

Space where the client writes the signature should be blank.

But now, the Holy Seal, which is the mark of the Nesis religion, has emerged.

“This is amazing Toru! After all, this request was a made by God!” (Esther)

She was buzzing with joy and her ponytail sways happily.

“Then, this means the request is clear?”

I and Esther nodded to each other and gave a high five.

One gold coin in one day.

There was various trouble along the road, but with this, the request has been successfully cleared.

I prayed to Nesis with Esther.

(Excuse me. Nice to see you again.)

I prayed again to that god, hoping that I’m doing it right.

(Please, may we live in peace and safety…)

Whether the wish was answered.

I don’t know if that god will hear or answer my prayer.

But I felt that making that prayer brought a little peace to my heart.

On the way back to the guild. I suddenly remembered something about this morning and asked.

“By the way, Esther. You were talking about something you want to do this morning. What was it?”

Esther said bashfully, scratching her cheeks with her fingertips.

“Actually, I want to go to an armor shop.” (Esther)

I’ve put it off for a long time, but I was thinking about getting armor for some time now.

I already have a sharp weapon, [Magic Sword].

However, I have no armor.

As a result, I was sometimes questioned by Esther and the guards.

“No, but what about reporting the request?” (Esther)

“Isn’t it okay to do it tomorrow? If we don’t report it right away, we won’t fail.”

So both of us agreed to change our destination from the guild to the armory store.

Esther led me to a small shop.

A signboard was displayed at the top of the store entrance.

Only the symbol for an “armory” and “Simon” is written.

When I opened the door, armors were lined up in the shop.

(I’ve always wanted to see something like this, this is it!!)

Seeing the many armors lined up, my blood was boiling in excitement.

Even when people go on school trips, some people will buy wooden swords that are not related to the destination and accessories that look like “legendary weapons”.

Even in Japan, me 32 years old “fine adult”, cannot resist the charm of the store, which is lined with armor.

I walked into the store quickly and take a closer look at the armors lining up the store.

The weapon corner was on the right side of the entrance. Large swords, small swords, axes, and bows are displayed neatly.

On the other side is the armor corner. A variety of armor is lined up, from full plates and half plates to leather to iron.

While looking at the armors, “This is!” I picked up what I think was interesting but looking at the price tag, I immediately put it back on the shelf with a bitter smile, “It’s quite expensive.”

I am doing the same thing I do at the department store, but the items are completely different.

Suddenly, a low voice reached my ears, looking at the armor as if to bite into it.

“Oh Simon-san. I’m sorry I entered the store without permission. Today I came to look for an armor.” (Esther)

A short man named Simon snorted and sat down in a chair next to the counter.

However, despite his short stature, the muscles on his arms are likely to be more than three times larger than mine.

A bushy beard covers his face marked by many wrinkles.

(Is this person a dwarf?)

While I was staring at Simon,

“Is something on my face?” (Simon)

Simon glared at me, and I shrank in shame.

His voice is low and heavy, like the rumble of faraway thunder.

Also, the deep wrinkles between his eyebrows look like I might have offended him. I feel quite uneasy.

Little did I know what Simon is thinking…

(What is this guy … such a ridiculous presence!?) (Simon)

I have been devoted to crafting armor for about 100 years as a blacksmith.

Since we’re the second longest-lived, dwarves, and first the elves, there was a lot of time for me to master crafting armors.

However, I am not interested in being compared to other stores.

I have no intention of competing with other stores for sales, and I have never thought of selling a lot of my own armor.

(Because of that, I often suffered from lack of funds in the past …)

All I’m interested in is making the best armor I can think of.

As a result of my pursuit for the best, the fame of “Finlis Highest Quality Armor” came on its own.

Still, for the past few years, the feeling that I had when I was young, “Make the best armor!” began to cool down. My fiery passion has gradually died.

I began to think, “Okay, just male armors as a blacksmith, get enough money to live, and have my bones buried in Finlis.”

Is it because of my age? Maybe it’s because I’ve been stagnating in Finlis for a long time.

The young Simon would never have seen me as his future.

Though, various customers come to my armory in search of good quality armor.

If one looks closely at the customers, they will be able to understand their general ability, just as I can analyze armor.

For example, this girl with a swishing ponytail.

Observing her, she is now better than average adventurers.

And she has something that makes the craftsman in me squirm in excitement. She’s like a famous sword that gets sharper when polished with a whetstone.

She has the talent to become a first-class product if polished.

So what about the boy in front of me?

I want to ask the boy implicitly, but I can’t even ask him about the reach of his ability.

I can only surmise he is someone horribly strong.

His body is so thin that he looks like a breeze can lift him, but his center of gravity is stable like a stake stuck in the ground.

And the more I look at him, the more I am dragged in as if I am leaning into a deep valley. I am sick with vertigo just looking at the boy.

Or maybe the boy is a dragon masquerading as a human…

The blood on my veins was completely cold I couldn’t even fully see the boy’s depth.