Support
Random Novel
My Crown Prince Consort Is a Fir 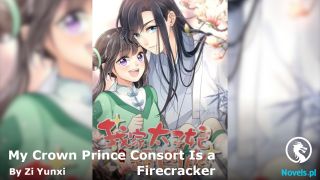 Chapter 606: The Mutation of the Mysterious Seed

In the afternoon, 80% of the creases on the seed had been smoothed by the spiritual liquid and became plump and moist.

Jun Mohuang guessed that the seed had already absorbed enough of her spiritual liquid and needed other liquids that contained large amounts of spiritual energy to continue nourishing it.

She tried using the juice of the Jade Spirit Core and the Wood-Nourishing Lotus seeds in the first level to refine the medicinal liquid. The seeds only seemed to absorb a little and soon stopped moving.

She wondered… what would happen if she tried using the Silver Moon Spring.

The Silver Moon Spring also contained a large amount of spiritual auras. If the seed did not absorb it, she could immediately give it to the Gold-Swallowing Beast and not waste it at all.

Jun Mohuang had always been a person of action. With this thought in mind, she dripped the half drop of Silver Moon Spring from the black crystal tube onto the mysterious seed.

The moment the Silver Moon Spring dripped onto the seed, it was immediately absorbed by it.

Right on the heels of that, the remaining creases on the surface of the seed completely disappeared. The surface became dark and round. Under the light of the Night-Luminescent Pearl, it reflected a gentle light like a high-quality black jade pearl.

A large amount of majestic and pure life force quietly spread from the seed. This invisible life force quickly filled the entire room and floated out.

Jun Mohuang sat on the left and maintained her posture of dripping the Silver Moon Spring onto the seed.

She seemed to be frozen under the aura of life.

This breath of life entered her meridians, vital energy, and internal organs through her pores and began to nourish and repair her body.

Under this nourishment, Jun Mohuang’s body was light and comfortable. She was in a mysterious state.

This life force was like a cup of fragrant wine, making her completely intoxicated.

With a soft buzzing sound, the Huangyu Jade pendant on Jun Mohuang’s neck heated up slightly. One of the seven broken feathers of the black nine-feathered phoenix was restored, leaving only six broken feathers.

Outside the courtyard, the plants began to grow wildly when they touched this aura of life.

The trees that were originally only as thick as a wrist suddenly grew to the size of a millstone. The fist-sized flowers bloomed to the size of a basin, but did not drown the grass that had grown to two meters tall.

These changes only took a few seconds. Soon after the life aura surged out, the dormitory Jun Mohuang was in turned into a primitive forest.

The breath of life did not show any signs of stopping. It continued spreading outwards. Wherever it went, plants grew wildly.

Soon, with Jun Mohuang’s dormitory as the center, the area within a thousand meters became a primitive forest.

There was still a steady stream of life force surging out of the seed.

Jun Mohuang was unaware of all this.

Academy Of A Thousand Illusions.

Headmaster Qiu Hailing was meditating in his personal cultivation room when he suddenly froze and opened his eyes.

“This powerful aura must be the birth of a rare treasure!”

He had the Silver Moon Token that only the Headmaster of the Academy Of A Thousand Illusions had. His perception of the changes in the academy exceeded that of ordinary people by a hundred times.

Even before this aura of life spread to his area, Qiu Hailing was the first to sense it.

“I must obtain such a treasure!”