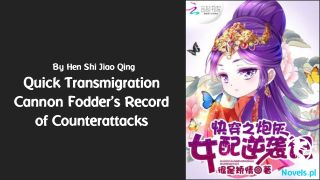 People always say that if one keeps his conscience clear, he will never fear.

Actually, that is not true.

For example, when one goes into the classroom and finds that his classmates are all staring at him with contempt, he will still feel worried even though he has done nothing wrong.

This is how Gao Ge feels now.

One must admit his mistake if any.

Yet, now, Gao Ge admits in all conscience that he is wrong about dealing Xia Lu and Meng Jing, but if anyone dares to slander him with another girl, he cannot stand it at all.

It would be fine if he really did it.

However, he didn’t do it and still has been fitted up. How can he put up with it?

Gao Ge is worried about Xia Shengtang. He can imagine Xia Shengtang’s eyes just popped out like a spring when the latter just got too angry.

That would be really scary!

If he also took two steps forward and stepped on the eyeballs, it would be impossible for Xia Shengtang to get his eyes back…

Xia Shengtang gasps like an ox but he still tells everyone what has encountered before.

A few days ago, Xia Shengtang did someone a favor.

A girl who seemed to be a student of the cultivation academy got caught and hunted down by several cultivators when she was on a mission. Xia Shengtang happened to meet her so he helped her out. After all, those cultivators were not good men. They had done something dirty with their capabilities. Of course, but for that reason, they wouldn’t be targeted by the Dragon Court. Although there are many members of the Dragon Court and the cultivation academy, Huaxia is too big. Sometimes, they cannot manage all the situations.

Hence, as a cultivator, he won’t be targeted by the Dragon Court or the cultivation academy as long as he behaves well.

Actually, that should be the ending of the story. However, when the two of them chatted, the girl claimed that she was Gao Ge’s girl.

Xia Shengtang got so angry that he almost slapped her to death but as she appeared daffy, he couldn’t be bothered to be mad at her.

He couldn’t be mad at her but he still feels furious.

What he can do?

He has no other choice but to come to Gao Ge.

After saying that, he glares at Gao Ge.

“Pull your sword out. Today, either I die or you get to live!”

Xia Shengtang also realizes that he has misspoken but it seems too stupid of him to correct his words now.

“Shengtang, who is the girl you mentioned?” Xia Lu also looks Gao Ge up and down.

“Well… The point is that you have a personality problem. You have done a lot of misdeeds,” Xia Lu spreads her hands and says.

He feels rather happy now.

He realizes that his sister finally chooses to take his side wisely.

Finally, she realizes that Gao Ge is not a good man.

It’s never too late to mend.

“That girl said she was Yang Rui,” Xia Shengtang says with a sneer, “Gao Ge, don’t tell me you don’t know her.”

Hearing the name, Gao Ge and Xia Lu are both taken aback.

Of course they know her.

“That is my classmate in the cultivation academy,” Xia Lu says after staying quiet for a while, “But she barely mingles with Gao Ge for sure. They haven’t seen each other for a long time.”

“Oh?” Xia Shengtang is also dazed. He says in disbelief, “Lu, there are so many good men in the world. Don’t be stuck with him and conceal this matter for him!”

Xia Lu doesn’t know whether to cry or to laugh, “Gao Ge has been with me all the time. How can I not know whether he has seen Yang Rui or not?”

He met Yang Rui when the secret realm was opened on Mount Duanlong.

Afterward, in the cultivation academy, he met her again.

He is somewhat confused.

After all, he doesn’t deal with Yang Rui much.

He feels so irritated.

Anyway, he kind of helped her and also saved her life in the secret realm.

However, she returned kindness with ingratitude!

It doesn’t make sense. Why would a single girl say that?

“Forget it. In this case, I’ll put it aside,” Xia Shengtang waves his hand and says.

Gao Ge is a bit astounded.

He always thought that Xia Shengtang was a decent man.

Nevertheless, he finds that he is wrong.

It turns out that Xia Shengtang can keep a stiff upper lip and talk so shamelessly.

Gao Ge has been scolded and slandered by him. Now that he realizes that he has made a mistake, he just moves on and pretends nothing happened?

How can Xia Shengtang be more shameless than Gao Ge?

“The Star Sect is not bad. I’ll stay here for a while. Lu, I’ll watch him for you. You must have your family around,” Xia Shengtang says.

Upon hearing that, Gao Ge and Xia Lu are both delighted.

The current Star Sect is like an infant in a swaddle.

However, admittedly, the current Star Sect is still too weak.

After all, a sect cannot have one or two masters only.

“Why are you looking at me? I will only stay here for a while. Don’t ever have designs on me.” Looking at Gao Ge’s ecstatic facial expression, Xia Shengtang suddenly feels a sense of foreboding, “Do you intend to make me work for you? No way!”

Is his thought so obviously shown?

“I’ll reach the middle stage of the realm of Grand Master soon so I have to find a place for me to break through,” Xia Shengtang says sternly.

Gao Ge heaves a sigh and nods. On second thought, it is quite normal. It is literally impossible for Xia Shengtang to stay in a place without worry.

“Find me a place. Well… The place can’t be smaller than your building,” Xia Shengtang says.

“I may as well let you be the sovereign,” Gao Ge says angrily.

Xia Shengtang pays no heed to him, stands up and then strides out.

“Your brother just said he was willing to be an elder?”