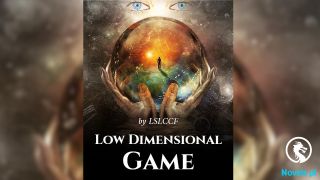 Although he also knows that the lighter won’t be of much help, he will still feel comforted by holding it in his hand as if catching at a straw on the surface of the sea.

Even if it doesn’t help, he feels comfortable more or less!

Earth Dragon turns around to look at Wen Yihuan and feels so speechless. He can’t help doubting Master Wen’s intelligence.

Why does Wen Yihuan have to make a fool of himself at the moment?

However, he is not in a mood to talk too much with Wen Yihuan.

If he doesn’t cope with these corpse bugs, he will be eaten by the corpse bugs and made as a skeletal sample, let alone protect Wen Yihuan and the bearded man.

Even though this is the first time he has seen the corpse bugs, he still has some basic knowledge about them.

Many people will feel a chill all over upon hearing the words-corpse bugs. It is simply because the corpse bugs’ attacks are extremely cruel. When they get on a living person, they can turn him into a skeleton in the blink of an eye. It sounds so scary. Even if Earth Dragon is not afraid of death, he definitely doesn’t hope to die in this place. Neither does he want to die with a pile of bones left.

Suddenly, Earth Dragon holds an oil lamp on the wall and throws it to the ground heavily. Instantly, he casts another strike of aura, which causes a flame to rise to the sky like an unsheathed sword. The sword Qi sweeps around and immediately burns an intrusion of corpse bugs.

Wen Yihuan and the bearded man recover from the shock and immediately realize what they should do now.

They fetch the lamps from the wall and throw them to the ground. Earth Dragon blows out the fire like an air-blower. The flames roll nonstop, making the whole space extremely hot. Gladly, it is not a big deal for cultivators. If the worst comes to the worst, they will become grilled meat. Even so, it won’t be a big deal. After all, they can die with a full corpse.

With the contrast, they won’t think dying is terrifying.

The three of them work together and kind of stabilize the situation of the corpse bugs.

However, Earth Dragon knows that it is a palliative, not a cure.

If he has a solution, he won’t be trapped in the dejection.

“Lord Earth Dragon, let’s hang on for a while. When Gao Ge ruins the eye of the formation, the corpse bugs will die,” Wen Yihuan says while throwing the oil lamps.

Hearing that, Earth Dragon immediately nods and lets out a sigh of relief inwardly. Otherwise, they can never get away from the bugs. Besides, although they have found a solution, it is not a permanent solution. After all, the number of oil lamps is limited. The lamps can only stall some time for them. There are millions of corpse bugs in this place!

With Wen Yihuan and the bearded man around, Earth Dragon can only fight and retreat, hoping that Gao Ge can finish his task and come back soon. In fact, Gao Ge has encountered unexpected trouble now.

There are several obstacles before him. They are armored walking corpses.

Gao Ge has dealt with General Zhu before. Walking corpse as General Zhu is, he can be finished off with one blow. Even Doudou can restrain him well. However, the three walking corpses that Gao Ge faces now are at the realm of Strength Exposure. It is not easy for Gao Ge to deal with them.

More dreadfully, due to the specially made armors on the three walking corpses, Gao Ge can only send them flying away with a punch. Then, they still can stand up again.

This is undoubtedly a knotty problem for Gao Ge.

When he holds the Flying Star Sword in his hand, Gao Ge’s mental strength is somewhat recovered. Staying in the dark tomb passage for a long time, Gao Ge feels a bit uncomfortable but now, he feels quite spirited as if drinking a can of lemon tea.

His long sword glitters with the sword light. Instantly, a rush of sword Qi is struck out, dragging a streak of light and hitting one of the walking corpses.

The armored walking corpse is sent flying away heavily and smashed on the wall. It cannot get up until a moment later but the armor has been cracked with spider-net cracks. It seems as if the armor would be shattered with a touch of the fingertip. Besides, the walking corpse is also staggering as if it will collapse again at any time.

It is quite effective!

Seeing that his Flying Star Sword can crack the walking corpse’s armor, Gao Ge becomes confident and starts to inject his power of stars into his sword. Then, he strikes the sword several more times and completely routs the three walking corpses that come from nowhere. Thereafter, without hesitation, he continues darting in the direction provided by Wen Yihuan and arrives at a spacious square, which is somewhat similar to the place where he saw the Nine Coffins Locking Yin Formation. The only difference is that there is a rock pillar as tall as ten meters inserted here rather than nine standing coffins. The rock pillar is decorated with a dragon’s pattern with a lotus base at the bottom and a heavenly dew receiving platform at the top. On the heavenly dew receiving platform, a stone beast was hunkering down there.

“It seems to be the rock pillar mentioned by Wen Yihuan.” Gao Ge takes a deep breath. Holding the sword in his hand, he taps on the ground gently and sweeps across like a swan goose with the sword wind whistling in an imposing manner. When his sword is slashed down, something unexpected happens.

The stone beast sitting crouched on the heavenly dew receiving platform suddenly opens its eyes and howls. Astonishingly, it spurts out a beam of light and stops the sword light. Besides, it erects slowly as if standing on the peak with an apparently proud look. It roars constantly, which is kind of a warning to Gao Ge.

This trip is full of trouble indeed.

However, such being the case, Gao Ge has been even more certain that they’ve come to the right place. After all, good things are a long time in coming.

Although Gao Ge has encountered two stone beasts, they were too weak. Nevertheless, he is faced with a stone beast standing on the ornamental column, which is called Wangtianhou (a ferocious dog-like mythical creature that has the habit of guarding; placed on the ornamental column, it symbolizes sending the will of Heaven to humans and delivering the conditions of humans to Heaven). It is a real mythical creature. If it is a stone statue, it is actually not worth fearing. However, it has come to life. It cannot be compared with the walking corpses and the stone beasts he has met before.