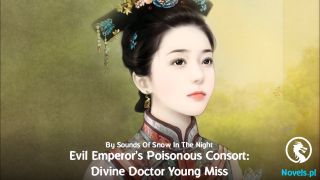 Chapter 581 The Plague in Qiu City

The city flower of Qiu City is chrysanthemum. As it is autumn now, varieties of chrysanthemums are blooming on both sides of every main stem.

And chrysanthemum wine is the specialty of this place but Gao Ge hasn’t tasted it yet. He is thinking whether he can get to taste it tonight.

“When the Double Ninth Festival approaches, chrysanthemum will bloom with the other flowers withered.”

This is a poem written in an impotent momentum. Sometimes Gao Ge even wonders the author wouldn’t be able to compose such lines if he didn’t kill a few hundred or thousand people. The following lines-“The blooming chrysanthemums are beautiful and eye-catching with the fragrance permeating throughout Chang’an; immersed in the fragrance of chrysanthemums, the whole city is full of golden chrysanthemums” reflect the ambition of Huang Chao with the sharpness in every word and fierceness in every sentence.

“Excuse me?” Gao Ge is surprised.

“If I were the Emperor Qing (God of Spring), I would make the chrysanthemum bloom with the peach blossoms in spring.” Shaking his head, Yue Xincheng appears like a scholar, “Doesn’t it mean that he likes peach blossoms?”

Qingrou drags Yue Xincheng and whispers, “This poem is about chrysanthemums too, whose title is ‘On Chrysanthemums’.”

“Is that so?” Yue Xincheng blinks his eyes.

Seeing that Qingrou nods her head heavily, Yue Xincheng turns over his hands, “How imbarrass!”

“He means that he is embarrassed,” Gao Ge says with a smile.

As expected, the man she loves is such a “learned” man…

“Then why did the poet cite Emperor Qing? Why not Emperor Bai?” Yue Xincheng asks again.

Qingrou wants to answer him when Gao Ge speaks first, “As to the reason why Emperor Qing is chosen, it is quite simple. Emperor Bai has gone to be the chatelain.”

“Of Baidi (Emperor Bai) City, the one as in the poem-‘In the early morning, I departed from Baidi City that was surrounded by colorful clouds’.”

Yue Xincheng takes a tumble and gives Gao Ge a thumbs-up, “Boss, good for you!”

Following behind these two men, Xia Lu stares at them with a complicated look. She is kind of worried that whether she will become stupid if she continues being with these two guys. She can’t help feeling a headache…

A young man of the Tang Family walks ahead of them. It is not because he holds a high position but because he serves as a guide for them.

This young man’s name is Tang Qiu, but Tang Jiusi just calls him as Sugar Ball (tangqiu), so Gao Ge addresses him in the same way.

“Young Master, Mr. Gao, shall we go back after wandering for a while?” Sugar Ball walks ahead of them, suggesting in a low voice.

Tang Jiusi is a bit irritated, “What? Sugar Ball, are you asking for a beating for not being beaten by me for such a long time? It is not so long and you seem to need a spanking?”

With a bitter smile, Sugar Ball replies, “Of course not, Young Master. I don’t have the guts! However, recently, Qiu City has been a bit chaotic. After all, it is under threat from the plague… I heard that tens of people have died, but the news has been temporarily blocked…”

“Blocked?” Xia Lu is a bit disgruntled, “Why is the news blocked?”

Xia Lu believes that everyone has the right to be informed. Since Qiu City has been attacked by the plague, the citizens should be sent away as soon as possible instead of staying here unknowingly, where they may get infected by the plague.

However, Gao Ge understands why.

For one thing, if the news is leaked, the people of Qiu City and the surrounding cities will be panicked. In this case, things will really be in turmoil.

For another, if the news is really spread, the first reaction of the citizens in Qiu City will be to get away from the city immediately, but God knows whether they have been infected. What if the plague is spread to the other cities through the fleeing people? A more serious disaster will be caused.

It’s not that they don’t care about these people’s lives. Instead, the news is blocked temporarily out of respect for lives.

Many people think that plague only happened in the early days, which is extinct in the modern society. Actually, it is not true. Smallpox and SARS are both plagues but they are named differently.

“In fact, the news can’t be blocked. Some people of Qiu City know that the people around them are infected with the plague, so they hasten to leave. Yet, there are not many of them,” Sugar Ball says.

“What kind of plague is it?” Gao Ge asks, “Isn’t it solved after such a long time?”

“Actually, it is not so long,” Tang Jiusi coughs and says, “I’ve called for a further instruction. The members of the Dragon Court have come here to deal with it. The situation is a bit special.”

“Yeah,” Tang Jiusi continues, “the people of the Dragon Court hold different views. Some claim that it may be a supernatural phenomenon, aka, a paranormal event while some assert it may be a poisoning case.”

Whether it is a supernatural phenomenon or a human poisoning case, it is a man-made calamity rather than a natural disaster.

If so, the ringleader behind the scene must have an execrable motive.

Thinking of the possibility that Meng Jing is still in Qiu City, Gao Ge becomes even more nervous.

Does it have something to do with Meng Jing?

Of course, it is Gao Ge’s guess only. After all, there are not so many coincidences in the world.

Meng Jing happened to show up in Qiu City and then the plague just broke out in this city?

Moreover, in light of Gao Ge’s understanding of Meng Jing, she can’t do such a thing.

Regardless of the reason or the circumstance, Meng Jing won’t sacrifice ordinary people’s lives to complete her mission. Besides, the Dragon Court won’t allow it.

This is why the Dragon Court exists!

Gao Ge doesn’t think too much about the plague. After all, it has been taken care of by the Dragon Court. Even if he wants to help, he can’t do anything. Gao Ge is not a specialist in this field, but the Dragon Court has quite some.

“We have been stalked,” Xia Lu whispers.

He has found that too.

Tang Jiusi looks behind himself and heaves a sigh, saying to Gao Ge, “No worries. They are the members of the Dragon Court.”

Gao Ge is not surprised.

Now that such an incidence happens in Qiu City, the people of the Dragon Court must have come flooding here. It is not a strange thing to see one or two of them in the street.

“Are they familiar with you?” Gao Ge asks.

Tang Jiusi touches his nose, “Just fine. We have met a few times.”

Gao Ge says with a bitter smile, “So you mean, the reason why they don’t come to say hi is that they saw me?”

Tang Jiusi cuts to the chase, “Nothing can be done about it. After all, your identity is quite special now.”

Gao Ge asks, “In this case, you are still with me. Will it bring any trouble to you?”

Tang Jiusi appears aloof, “If I fear that, I will immediately draw a line between you and me. Do you think we are still friends?”

Gao Ge laughs and says nothing.