Support
Random Novel
She Was Both Called God, as Well 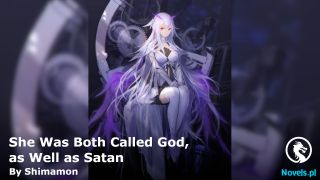 The Heavenly Wind Cliff was located in the southeast of the Giant God Continent, and it was a very dangerous place.

Therefore, every time the Heavenly Devil Tree bears fruit, there will be many people fighting for it, and this means that there will be a large number of people dying here.

This time, there was still about a month before the Heavenly Devil Tree could bear fruit, but just like that, there were already many people gathered in the Heavenly Wind Mountain Range.

There were people at all levels of strength, but most of them were Star God level and Earth God level gods, while very few were Heavenly God level gods. As for the people who made Qin Yun feel threatened, none of them appeared.

Qin Yun was walking in the Heavenly Wind Mountain Range, and no one noticed him. After all, his cultivation was only at the peak of the Earth God Realm, and it was not eye catching among the crowd.

As for Xue Kui, according to Qin Yun's instructions, he suppressed his cultivation to the same level as Qin Yun's. This way, it wouldn't be easy for others to pay attention to him.

"Young Master, there is still a month before the Heavenly Demon Fruit ripens. What should we do next?" Xue Kui walked behind Qin Yun and asked.

"Wait, since we've already arrived here, then let's wait slowly. However, before that, please introduce me to the forces and experts in the Giant God Demon Prison." Qin Yun said.

Xue Kui nodded. Now that he had followed Qin Yun and sworn an oath in front of the Heavenly Dao, Qin Yun was now his master. Qin Yun's words were an imperial edict to him.

"Are the masters of the Heavenly Devil Sect and the Giant Divine Hall experts on the Heavenly God Rankings?" Qin Yun asked.

"Young Master's guess is correct. There are a total of six experts on the Heavenly God Rankings in the Giant God Demon Prison. They are also the six strongest people in the Giant God Demon Region. This time, when the Heavenly Demon Fruit ripens, some of them will definitely come to snatch it. Furthermore, I'm afraid there's more than one of them. Young Master must be careful." Xue Kui said.

However, Qin Yun did not intend to give up. His purpose in coming here was to obtain the Heavenly Devil Fruit. Right now, there was only this path before him. No matter how thorny it was, he had to continue walking, and he had to walk out of the flowers.

"Tell me, who are these six people?" Qin Yun took a deep breath and said.

Xue Kui nodded his head and said seriously, "This sixth person is called Daoist Frost. He is ranked 117th on the Heavenly God Rankings. He controls the terrifying Frost True Meaning. He is very powerful. He is a loose person and does not attach himself to any power."

The Frost True Meaning was a second-level True Meaning. According to his estimation, Daoist Frost Meteorite's ability to reach the Heavenly God Rankings should be at the peak of the Intermediate Realm, or even at the early Advanced Realm.

"What about this fifth?" Qin Yun asked again.

'"This fifth is called Hongyan. She is an extremely seductive and vicious woman. As for what her true intentions are, I'm not sure for the time being, because this person rarely appears. However, the moment she appears, she will definitely bring about a massacre. She will be ranked higher, ranked 109th." Xue Kui continued.

"This fourth place is the Heavenly Devil Sect's Sect Master, Liu Tianqing. This person's strength is equally formidable. His entire body is filled with a powerful evil aura. His attacks are extremely brutal. His strength is ranked 108th on the Heavenly God Rankings, only one rank higher than that Hong Yan." Xue Kui said.

"The third place is the Hall Master of the Giant Divine Hall. This person is also a Fiendgod Body Cultivator. He possesses a powerful body, and his strength is incomparably strong. His fists can shake the heavens. Countless people died under his fists. There were seven experts on the Heavenly God Rankings in the Giant Divine Devil Prison, but he killed one of them, so there are only six left." Xue Kui said emotionally.

"Then are the last two experts in the top 100?" Qin Yun had already guessed mentally.

When Xue Kui heard this, his expression became extremely serious. He looked at Qin Yun and said, "Young Master, the last two places are not just the top 100 on the Heavenly God Rankings. If you know the rankings of these two people, you will probably know how powerful they are."

"Oh? Just how terrifying is it?" Qin Yun asked in surprise.