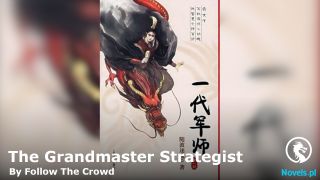 Xiao Chen hurriedly withdrew his consciousness, the gaze of the Azure Dragon was clear, its pupils like a clear spring. Its gaze seemed to be able to draw out the souls of people and cause them to serve it.

However, what was this Azure Dragon? He did not remember a dragon entering his body. Could it be a Martial Spirit? Had he succeeded in condensing his Martial Spirit?

Xiao Chen shook his head, he couldn’t be bothered to think about these stuff. He was only concerned with the fact that he had condensed his Martial Spirit and could now condense Essence to practice Martial Techniques. He might not lose to Xiao Jian seven days later.

What caused him to be pleasantly surprised was that the Purple Thunder Divine Incantation was circulating stably and that his cultivation realm had taken a big step forward. He had firmly consolidated the 1st layer.

He temporarily ignored the Azure Dragon Martial Spirit and decided to focus on the Purple Thunder Divine Incantation for now. After cultivating the Purple Thunder Divine Incantation for a night, it could cause his strength to increase exponentially. Furthermore, when he punched out with his fist, electricity would be emitted, one could easily imagine how powerful his fists would be.

Xiao Chen got up and circulated the Purple Thunder Divine Incantation. As he did so, the eyes of the Azure Dragon in his Dantian opened and the three white cloud floating around it slowly started to thin out.

A pure and condensed Essence flowed from its body to Xiao Chen’s meridians. Xiao Chen’s mind was shocked, he could feel a sudden inflow of clear and cozy Essence. He carefully directed this energy to circulate within his body.

Following the method in the Compendium of Cultivation, this Essence headed towards his right hand and gathered there. The energy then came out from the four major acupoints of Tianquan, Jugu, Quze, and Neiguan, to gather onto his middle finger.

Suddenly there was a sizzling electrical light on his finger, it continuously flickered until all the electricity gathered onto the tip of his finger. A purple flame about the size of a peanut was formed.

Xiao Chen looked at the flame that was unceasingly swaying, it seemed that it would be extinguished at any time. He smiled bitterly, not to mention killing people, even in his original world, this flame could only be used to light a cigarette.

He waved his hands and extinguished the flame. Xiao Chen was not dispirited. The fact that he could succeed in condensing the flame on his first attempt was a great consolation.

Only, he did not notice that when he was extinguishing the flame, a small spark wasn’t completely extinguished and fell onto the ground. Once it touched the ground, it caused the surrounding dead branches and fallen leaves within half a meter to burn. The flame then died in a flash. If a pile of ashes was not left behind and if he could not feel the heat on his face, he wouldn’t have believed that there was a fire here earlier.

He was stupefied and just stood there blankly. After a while, Xiao Chen started to laugh wildly in joy. This flame was too strong, just a small spark had such a strong might. After training for a period of time, it should have a very strong destructive power.

A shadow on a big tree flashed by above Xiao Chen’s head and skimmed into the distance. Stopping what he was doing, Xiao Chen raised his head to take a look. That person was dressed in blue and he flew from tree to tree. In a blink of an eye, he left Xiao Chen’s field of vision.

This was not true flight, he was only using the momentum of hopping from tree to tree and an excellent movement technique to create the false impression that he was flying. Even so, the cultivation of that person was at least at the Martial Saint Realm.

Since when did Mohe City have a Martial Saint in blue robes? What purpose did he have in coming to the Seven Horn Mountain of the Xiao Clan? Xiao Chen felt somewhat suspicious.

Taking note of the direction that the person headed to, Xiao Chen hesitated for awhile before he decided to chase him to take a look. An expert at the realm of Martial Saint wouldn’t come to this Seven Horn Mountain for no reason.

He completely withdrew his energies and relied on the strength of his body to follow the direction that the person in blue went. Xiao Chen dashed frantically, even without using the Essence in his body, his body’s strength was so great that his speed was shocking.

The person in blue had a very fast speed, he had already disappeared without a trace. Xiao Chen could only move forward in a rough direction. If his luck was bad, then he would never find him.

After about an hour, Xiao Chen heard people chatting in low voices, Xiao Chen quickly stopped and carefully listened. After determining the direction of the voices, he proceeded forward once again.

The voices were getting clearer and clearer, Xiao Chen jumped onto a big tree and finally saw the person speaking. In an area, about 300 meters in front of him, the person in blue from earlier and a group of people were speaking in hushed voices.

Strange, why was it people from the Zhang Clan? There was a group of people speaking to the person in blue, and they wore clothing that was embroidered with a certain pattern, the symbol of the Zhang Clan. They were the strongest local power after the Xiao Clan, there were three white clouds embroidered on the chest area of their brown coats.