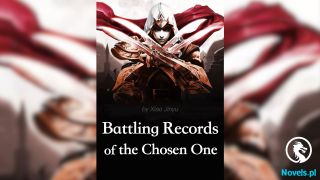 Xiao Yulan felt somewhat helpless. Xiao Chen seemed to have made up his mind to follow her inside. She felt slightly suspicious in her heart, considering this version of Xiao Chen seemed different from the rumors.

After going past the stone door, there was a long paved tunnel, and along the tunnel, between every few meters, one could find an inlaid Night Pearl lining the walls. Due to the luminance of the Night Pearl, the tunnel was not steeped in complete darkness.

The both of them proceeded forward, walking silently in the quiet tunnel, the atmosphere a little sinister. Xiao Chen wanted to find something to talk about to lighten the mood, but he was not able to initiate conversation when he saw the indifferent expression on Xiao Yulan’s face.

Right when Xiao Chen could bear it no longer and wanted to say something, the road in front of them ended, a thick stone wall blocking their path. However, there was a fork in the tunnel, with two roads to each their side.

Xiao Chen took a look at both sides, observing that the tunnels did not have any Night Pearls to illuminate the darkness. He could not clearly see the situation further in, so Xiao Chen inquired: “Cousin Yulan, which way should we go?”

Xiao Yulan took a look at both sides and spoke. “There are obvious signs of footprints on the left side, that should be the direction the person in blue went, we take the right side.”

Xiao Yulan took out a flare and lead the way, “this place could be the cave of a predecessor, so try not to wander around on your own. There usually are some kind of restrictions in this kind of place.”

[TL notes: This flare is not actually the flare we know. It is actually some kind of ancient Chinese lighter made out of some kind of paper and embers kept in a tube]

Cave of a predecessor—when Xiao Chen heard that, his interest was immediately piqued. Indeed, that person in blue would not come to Seven Horn Mountain for no reason. He had followed them to the right place. Since it was the cave of a predecessor, then there would definitely be treasures.

Xiao Yulan saw Xiao Chen’s expression and knew that he did not take her words to heart, laughing coldly. “Don’t be so naive. Since this place can attract a Martial Saint cultivator, then the predecessor must have been at least a Martial King. Any one of the restrictions here could easily kill you.

Xiao Chen smiled. “I still have cousin here. As long as I follow you, I’ll be fine.”

Xiao Yulan wore a cold expression and did not say anything. After they traveled for a certain distance, it brightened up, revealing a stone room in front of them.

Xiao Yulan put out the flare and carefully sized it up. The area of the stone room was not spacious, in the middle was a stone table and a stone stool, and it was surrounded by smooth walls. Above the room was a large number of Night Pearls that formed the strange image of a bird.

Xiao Yulan focused her attention on the stone table, spotting an unopened red embroidered box on it. The strange image of the bird was painted onto the box as well. Xiao Yulan found this image to be very familiar, but she could not recall what it was.

After thinking for a long time, Xiao Yulan finally remembered the name of this bird, the Thunder Roc. This Thunder Roc was the Martial Spirit of the Martial Emperor Sang Mu, who was known as the Thunder Emperor a thousand years ago. Legends have it that Sang Mu was born into an ordinary family, meaning his parents were not cultivators. But he was born with the Thunder Roc Martial Spirit innately inside him, and he even went so far as to reach the peak of Martial Saint before he turned twenty.

The battle that led him to become famous was the God Sealing Battle that was organized by the Ten Powers Alliance of the Tianwu Continent. At the age of twenty, without the backing of any sects or clans, he defeated countless geniuses of the various sects single-handedly. This was when the name of Thunder Emperor began to spread.

In the few years that followed, he was like a bright comet. He battled Martial Kings, destroyed Martial Monarchs, and killed Martial Emperors. His name could be heard everywhere in the great continent, and many people claimed that he was the youngest Martial God in the history of the Tianwu Continent. It was only later that he slowly faded away from view.

Hearing Xiao Yulan describe the history of the owner of this cave, Xiao Chen started to get excited. “No one knows if he finally managed to successfully break through to become a Martial God, the answers to this question might be within this box.”

Xiao Yulan saw that Xiao Chen was about to go and open the embroidered box, hurriedly speaking, “Don’t make any careless moves, the box is a little strange……”

Within the stone room.

The person in blue saw the embroidered box on the table and the picture on the ceiling and also guessed the identity of the owner of this cave. Smiling, he said: “So, it is the cave of Thunder Emperor Sang Mu. Before Sang Mu went missing, he already had the cultivation of a Martial Emperor. Looks like this trip was not wasted.”

Elder Zhang also laughed as well. “Since it is so, then with regards to the matter that senior had promised, don’t forget to fulfill it when the time comes.”

The mood of the person in blue was extremely good. He boldly laughed and gave his word. “Just a small Xiao Clan of Mohe City. My Leng Clan does not think much of them. If I can obtain an Earth Ranked Technique or Spirit Weapon, I would give you an additional surprise.”

Elder Zhang laughed. “The Xiao Clan is naturally not the Leng Clan’s match. In that case, senior, how shall we open this embroidered box?”

The person in blue snorted coldly. Given the strength of Martial Emperor Sang Mu, he definitely would have left behind some restrictions on this embroidered box. Even with his Martial Saint cultivation, if he rashly opened it, he would also get hit by the backlash from the restrictions. Taking a look at the group of Zhan Clan cultivators, the person in blue laughed strangely.

“Elder Zhang, get the group of cultivators behind you to open this embroidered box. With me behind, I guarantee that nothing will happen to them.

Elder Zhang’s complexion changed. However, he quickly recovered, “since senior has asked, then there naturally is no problems. You! Quickly open this box.”

The Zhang Clan cultivator who was pointed out quickly displayed an expression of horror, stammering, “Great… Elder, I, I, I ……”

Elder Zhang’s expression changed, anger clear in his voice. “Are you not going to follow my instructions? Have you forgotten the Clan Rules?

When the Zhang Clan cultivator heard the words ‘Clan Rules’, his expression turn unsightly. He walked up front hesitatingly, closing his eyes and stretching his hands out to touch the box.

When the Zhang Clan cultivator touched the box, the Thunder Roc on the box seemed to come to life and flapped its wings, shooting out a bolt of lightning from the box. Before the Zhang Clan Cultivator could activate his Essence to protect himself, he was zapped until charred.

The person in blue completely disregarded the Zhang Clan disciple and just quickly stretched out his right hand to grab the embroidered box. A stream of solid rocks extended from his shoulder to his palms, very soon covering his entire arm in rocks.

He gently opened the box without suffering any damage, finding within the embroidered box a black book, a Martial Technique manual to be specific.

The person in blue impatiently took it out and flipped through it but quickly lost interest after taking a couple of looks at it. This was just a Superior Grade Yellow Ranked Martial Technique; it was not worth much even in the Great Qin Nation. Finding it insignificant to his use, he simply threw it over to Elder Zhang while explaining. “Elder Zhang, this is a Superior Grade Yellow Ranked Martial Technique. I don’t need this, so you can have it.”