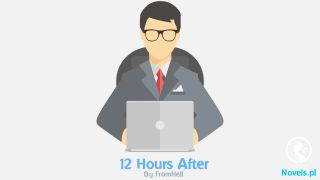 Ou Yangming and Big Yellow stared at the Poison Forest in front of them. Although they still had Ghost Mo’s poisonous pill, they did not want to enter the forest anymore.

All of a sudden, Ou Yangming’s eyes lit up, and he uttered softly, “It’s coming.”

Before his voice died away, a black figure sprung to the spot in front of them. It was a centipede over 1 meter in length, and it would look extremely fearsome if it made threatening gestures. Nonetheless, the centipede approached Ou Yangming and coiled around his arm. It kept twisting its body, which was clear to even Big Yellow that it was cheerful.

Ou Yangming chuckled and shook his hand. “Go inside.”

The centipede nodded and slithered into the poisonous pill.

“Lil’ Ming, this fella really became a spiritual being.” Big Yellow stuck out its tongue. It got up like a person and gestured with its paws. “It was only this big earlier, but now it’s this big… Won’t it grow into the sky in the future?”

Ou Yangming looked snappily at the big yellow dog. “Nonsense. Do you think that there are many such places here?”

Big Yellow sat back down and asked in confusion, “You’re right. What’s this place? Why are there so many treasures here?”

The young fellow was stunned. Indeed, there were many strange things in this secret realm. Putting aside the swarms of insects, the 2 areas beside the lake were definitely abnormal.

Whether it was the trees that could produce poisonous pills or the endless spiritual herbs, they could not be found in normal places.

In particular, spiritual flowers and herbs, which were treasures that were rarely seen in ordinary places, were in abundance here.

Ou Yangming exhaled deeply and looked up into the distance. Over there, something seemed to be calling out to him, and it was a feeling that he had since the beginning.

He guessed that he would understand the source of every secret if he went over there.

The young fellow curbed his thought and waved at the big yellow dog. “Let’s go.”

Big Yellow responded to him, then it reluctantly left the forest with him. At this moment, it secretly blamed Xia Zizhen and Poisonous Saber Gentleman. ‘What are those fellas up to? Why won’t they stay here longer?’

As soon as they left the forest, they heard the Silver Ridge Giant Leopard’s deafening roar.

When Ou Yangming looked, he saw Fat Antelope and Silver Ridge standing side by side to confront Xia Zizhen and Poisonous Saber Gentleman.

Ou Yangming furrowed his eyebrows and flashed toward them. The atmosphere loosened up at the appearance of him and the big yellow dog. Whether it was Fat Antelope or Xia Zizhen, they were relieved.

“Woof, what are you doing?” Big Yellow questioned proudly.

The several fights in the forest made it much more confident.

Xia Zizhen frowned a little and explained, “Master Ou, you missed the appointed time, so we wanted to go and look for you, but your pets won’t allow us. Heh, if you’re still not back yet, I’m afraid that this collision will be inevitable.”

Ou Yangming was startled. He flushed and returned, “Brothers, please forgive us. We encountered a small issue in the forest, so we ended up being late. I’m sorry to have made you worried.”

“Master Ou, you’re being too polite.” Xia Zizhen laughed out loud and continued after a pause, “Since you’re here, let’s continue our journey.”

“Brother Ou, you sound like you have a new destination in mind,” Ou Yangming said in a deep voice.

Xia Zizhen nodded seriously and replied to him, “Yes. We found a clue in the forest, so we’d like to explore a bigger place. Heh, I’m guessing that there’ll be more treasures there.”

Ou Yangming asked after a moment of hesitation, “Brother Xia, judging from your tone, it seems like you know what exactly this secret realm is?”

“We only found a clue, but we can’t confirm if what I said is true.” Xia Zizhen grinned.

He would not have asked about such secrecy so closely in other situations, but the situation was different at this moment. They entered the secret realm together, hence they ought to be working together. If Xia Zizhen and Poisonous Saber Gentleman insisted on keeping secrets from him, nobody would rebuke him if he parted ways with them.

Xia Zizhen pondered for a while and answered, “Since you’d like to know, Master Ou, there’s no need for us to hide it from you. That said, this is only a clue, and I’m only guessing based on it, so I can’t guarantee its legitimacy.”

“Master Ou, what do you think about the environment here?” Xia Zizhen asked abruptly.

Ou Yangming was slightly dumbfounded, but he answered seriously, “The environment here is excellent, and there are plenty of treasures here like never before.”

He believed that even the Humans’ Nine Great Sects in Danzhou altogether did not have such a secret realm.

Xia Zizhen nodded. “Yes. Haven’t you thought about where this land of treasures came from?”

Ou Yangming smiled bitterly. He might be able to make a guess if he was a local from the Spiritual Realm, but he was clueless.

‘How ill-informed and inexperienced,’ Xia Zizhen criticized internally as he twitched his mouth. Nevertheless, the young fellow might not be knowledgeable, but he was quite capable.

Xia Zizhen cleared his throat. He was no longer interested in keeping Ou Yangming in suspense, thus he asked, “Master Ou, have you heard of the Phoenixes?”

Ou Yangming’s heart tensed up. “This place is related to the Phoenixes?”

Even though it sounded like an alarmist talk, he believed it right away.

Despite that, Xia Zizhen shook his head and said, “Master Ou, the Phoenixes are divine creatures, so how can they be linked to this secret realm?” He suddenly paused and knitted his eyebrows, then he continued with a bitter smile, “But this realm can also be considered to have something to do with the Phoenixes.”

Ou Yangming frowned. He was puzzled because Xia Zizhen was contradicting himself

Poisonous Saber Gentleman cleared his throat and explained, “Master Ou, I’m sure you’ve heard about a legend—phoenixes don’t land where there aren’t treasures. Hehe, there’s only one thing that can be used to attract phoenixes.”

The young fellow was struck dumb. He later raised his eyebrows and exclaimed, “A Wutong Tree.”

“Yes, a Wutong Tree.” Xia Zizhen continued sternly, “If we guessed it right, there should be a living or half-alive Wutong Tree inside this secret realm, which is why plenty of treasures are produced here.”

“A Wutong Tree.” Ou Yangming took a deep breath. He was so in awe that it was indescribable.

Treasure land—this was certainly an undisputed treasure land. Given that many treasures could be found here, there must be a reason behind it.

When Ou Yangming linked the mysterious calling from the depths of the secret realm, he confirmed that there was indeed a Wutong Tree here.

Seeing how shocked Ou Yangming was, Xia Zizhen and Poisonous Saber Gentleman looked at each other and sneered.

They had initially planned to reveal the secret anyway because this was the only way to tempt casters by luring the greed out of them. Having said that, the casters would not know that such a covetous thought would be a sign of their road to death.

Xia Zizhen chuckled and suggested, “Master Ou, we found a clue about the Wutong Tree’s location, so why don’t you join us if you’re also interested?”

Following that, Xia Zizhen retrieved a queer round compass, and he carefully took out some powder.

Ou Yangming’s eyelids could not help but flicker when the powder was brought out. He suddenly had an incredibly strange thought, by which he wanted to jump over to suck the powder.

He immediately suppressed the thought and did not express it, but the twisted thought truly could not be put into words.

‘Why am I interested in devouring the powder? What exactly is happening?’

Xia Zizhen and Poisonous Saber Gentleman did not notice the instant change that happened to Ou Yangming as they were mostly focused on the compass in front of them.

Once the powder entered the compass, the indicator on it shook, where the thin needle shifted clockwise bit by bit.

Poisonous Saber Gentleman and Xia Zizhen were highly-spirited. Beads of sweat could even be seen on their foreheads.

Based on their cultivation bases, this could not happen to them. The only way to explain this would be they were as nervous as Ou Yangming was.

At last, the indicator stopped at a certain spot.

Poisonous Saber Gentleman curled his lips into a smile too. He was finally relieved.

This identifying method was found from an ancient book in the Beast King Sect, but they were not confident about succeeding. Therefore, they felt like cheering madly when it worked.

Ou Yangming’s eyes gleamed, and he looked in the pointer’s direction.

‘If they find out that the bearing that they tried so hard to determine is a place where I sensed the moment I entered this realm, I wonder what they’ll think.

‘In any c place that I sensed the moment I entered this realm, I wonder what they’ll think.

‘In any case, I’ll keep this to myself. There’s no need to tell them.’

With Xia Zizhen in the lead, everyone sped toward an unknown place.