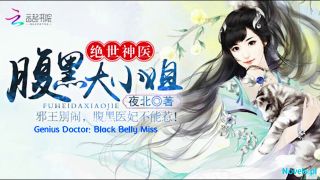 Space seemed to have frozen as time was suspended on the spot. Ou Yangming’s eyes were cold and indifferent.

After so many consecutive attacks, the Nine-sworded Ruler’s heart had become numb and careless. In his heart, Ou Yangming’s attacks were just futile struggles. He did not expect the young fellow to still have a trump card.

This time, the Reincarnation Spear was slightly raised up and aimed at the Nine-sworded Ruler’s neck. This could be considered the most vulnerable part of a person.

Without the cooperation of the law of time, it was absolutely impossible for Ou Yangming to stab this spot. The Nine-sworded Ruler would not give him this chance.

Blood shot out from the Nine-sworded Ruler’s neck. His tough skin was broken, and the one that was injured was a vital part.

More blood flowed down from the Nine-sworded Ruler’s body like a waterfall.

The Nine-sworded Ruler’s eyes were filled with shock. “How’s this possible!?”

He clutched his neck, unable to stop the blood from flowing out. With just one sentence, his body began to crumble.

His body became like a paste as he collapsed on the ground.

A black ray of light flew out from the Nine-sworded Ruler’s body. Ou Yangming was already prepared. He used all of his mental power and used the secret technique of the Soul-sucking Art.

His mental power was like a fishing net that surrounded the black light. He shouted coldly.

The black light struggled in pain, but it still could not escape. This was the Nine-sworded Ruler’s soul. As long as his soul left, he could reincarnate again. Nonetheless, Ou Yangming did not give him this chance.

As such, the black light gradually disappeared, and many memories appeared in Ou Yangming’s mind. The Nine-sworded Ruler had lived for 100,000 years, so the memories in his mind were enormous. Ou Yangming had only filtered out the important things, and he could only throw away the minor details.

The soul of a conferred Ruler in the third step was the greatest tonic in the world.

Ou Yangming’s divine soul power increased rapidly. His mental power was as solid as a corporeal body. He had reached the threshold of the peak of the second step. He was only a step away from entering the third step.

The improvement of his soul power had nothing to do with his comprehension of the laws and his strength, but there was still a slight increase in his combat strength.

For instance, when Ou Yangming’s soul became more powerful, the mightiness of the Soul-sucking Art would be greater when he used it.

If the Nine-sworded Ruler’s soul was not damaged, the effect of this move would not have been so good. Now, even if Ou Yangming met a third-step powerhouse, he was confident that the Soul-sucking Art could hurt him.

With the improvement of Ou Yangming’s soul power, the Soul-sucking Art could be considered another powerful trump card of his. It was not much weaker than Heaven’s Destruction and Earth’s Demolition.

Ou Yangming picked up the Juque Treasure Swords and wiped away the remaining spiritual powers on them. Then, he threw them into the poisonous pill’s world. Apart from these swords, the Nine-sworded Ruler also left behind an interspatial ring.

The dark brown interspatial ring fell to the ground. It did not look conspicuous when mixed with the dust, but it still did not escape Ou Yangming’s eyes. He reached out and picked it up from the ground.

This interspatial ring contained all the treasures of the third-step Nine-sworded Ruler, and there were also many mysterious materials that did not exist in the Great Wide World.

After Ou Yangming wiped off the spiritual traces on the ring, he wore it on his hand. He did not look at his spoils of war inside.

‘3 years. Only 3 years?’ Ou Yangming cried out in his heart.

His expression was not good. From the soul fragments of the Nine-sworded Ruler, Ou Yangming knew his purpose here. This was a huge secret. No one in the Great Wide World knew.

“In 3 years, the legendary Immortal Path to Heaven will appear.”

Ou Yangming recalled the ancient book he saw in the Seven Stars Pavilion not long ago.

Ou Yangming could not understand the meaning of those words at first but after understanding what he did from the Nine-sworded Ruler, he clearly understood their meaning.

That was the most mysterious existence in the universe. Whichever world the Immortal Path to Heaven appeared in, that world would have an irresistible calamity.

It was a disaster that could destroy the world. Once it appeared, the world would perish. Every blade of grass and tree in the world would become a thing of the past. Everything would be forgotten in the long river of the universe.

This meant the destruction of an era. Only after a few years would the world reproduce new life, and the next era of civilization would begin.

How could Ou Yangming not know the meaning behind it? This meant that the Great Wide World would perish after 3 years. At that time, everyone would die. Be it the Dragons, the Phoenixes, the Humans, the Ancient Demons, big worlds, or small worlds, everything would turn into nothing.

No one could stop it because Ou Yangming had learned from the memories of the Nine-sworded Ruler that the Immortal Path to Heaven had appeared in the Second World. It was a world that had existed since ancient times and was many times stronger than the Third World. The Great Wide World today could not compare to that ancient world at all.

Despite that, even they were unable to avoid the disaster. The Second World had completely disappeared, and it was only at this time that new life began to multiply.

That was 1.2 million years ago.

In other words, the process of giving birth to life took 1.2 million years. Now, it was finally the Great Wide World’s turn.

The Great Wide World was the last world to appear. It did not have any ancient orthodoxies, nor did it have a huge force like the Heavenly Path Alliance that ruled over a world.

They did not know that a crisis had quietly arrived.

Of course, it did not mean that everyone would die. There might still be people left in the Great Wide World, but it would be a rare portion.

The sentence in the strange book was very clear. Only by transcending reincarnation could one survive the calamity and protect the people around them.

If one wanted to transcend reincarnation, one had to seize the 12 divine sparks of various attributes that flew out from the Immortal Path. Ou Yangming recalled the scenes he saw in the ancient book. He finally understood why so many powerful people, even supreme existences who had surpassed the third step, were desperately fighting for those jade-like things.

It turned out that everyone was fighting for the hope of survival. Only by seizing the divine sparks and fusing them into one’s main body could one successfully pass the Immortal Path, transcend reincarnation, and not be affected by the apocalypse.

Those who were brought into the divine kingdom could also survive the calamity.

Although that was the case, Ou Yangming, who understood the truth, understood that the situation was not optimistic because the divine sparks were treasures that were born from the universe.

Everyone wanted them. Not only the people of the Great Wide World but the people of other worlds as well. The Nine-sworded Ruler’s purpose in coming here was to open the interspatial barrier and let the powerhouses of the Third World enter in large numbers. Their purpose was not this world that was about to be destroyed, but the divine sparks that were about to appear in this world.

The sect behind the Nine-sworded Ruler could sense this, so how could the people of other worlds not know? Other than the Second World that had been destroyed once, there was also the First World that was even more ancient, as well as the Fourth World that had been born in succession with the Great Wide World.

How could they not know?

No one knew this question, but what was certain was that once they knew, they would be the same as the Third World.

The Nine-sworded Ruler did not know the specific function of the divine sparks, but he knew that as long as he obtained one and opened up a divine kingdom, his strength would greatly increase. Moreover, in the future, when his world was in trouble, he could also protect his bloodline inheritance.

No one knew the answer to this question. They might get a few divine sparks, or they might not even get one. If they did not get one, the Great Wide World would truly be destroyed.

“No matter what, I must get one divine spark!”

Ou Yangming clenched his fists. A resolute look flashed through his eyes. It was not an easy task to snatch a divine spark from the countless experts of several worlds. At least with his strength at the moment, it was impossible.

There was also the incomparably powerful great elders, the alliance master… Their strengths had broken through the law boundary and reached another world.

The First World would certainly be even more terrifying.

Since the Third World could send the Nine-sworded Ruler over, they could surely send the others over as well. It was just that the price they had to pay was a little higher. The other 2 worlds would have their own methods for sure.

With a flash of fire, the body of the Nine-sworded Ruler disappeared from this world forever. Ou Yangming had taken revenge, but he did not feel relaxed at all because an even greater crisis had arrived.

Ou Yangming looked into the distance. His eyes were stern as he let out a long breath.

The news he received from the Nine-sworded Ruler was like a huge mountain, pressing down on his heart.

After a long silence, Ou Yangming’s expression eased up. His eyes were gentle. “It’s time to see Old Craftsman.”