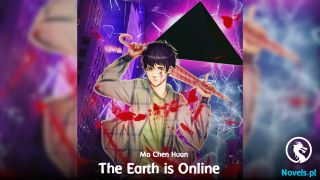 She is also the head of her family, and despite her childlike appearance, she is calm, dependable, and patient…… How should I say this…… She often behaves in a way that is typical of elders.

In fact, as was the case at my birthday, when we went swimming at the beach and other such events, she is often the organizer when a large group of people gather, and is relied upon by many people.

Such a Kuro though, when she’s alone with me, her lover, she sometimes acts much more childish than usual…… If I had to describe it, she was becoming at a state where it was as if a switch of wanting to be pampered is getting turned on.

This is a side that Kuro shows only to me, and I personally feel happy seeing Kuro like this, as it confirms that I’m special to her.

As I lightly patted Kuro’s head, who was giggling in a slightly sweet voice while she hugged me snugly, I asked. The feel of her silky hair and the fragrance wafting through the air is quite pleasant.

[I’m always happy when I’m with Kaito-kun at events like this. I mean, look, I couldn’t go around with you back at the White God Festival.]

[You were in the plaza as the guest of honor, right, Kuro?]

[Unnn. Well, it’s difficult to go around with you because most festival-related events tend to have me as a guest of honor. This Harmonic Symphony is actually a festival of sorts, but in name, it’s an event to give thanks to nature, so they won’t invite guests of honors and stuff like that.]

I was told that the Six Kings Festival would be held only for invited guests for the first iteration only, and after that, it would be open to the general public and would be held annually.

[Hmmm, we’ve made some adjustments to that festival. I mean, the idea of receiving an invitation from us, the Six Kings, has been quite popular…… I thought it would be a waste to completely do away with it, so I decided to make each year’s festival open for the general public for six days, while the seventh day is for invited guests only.]

[Heehhh…… I mean, you’re holding that festival for 7 days each year, isn’t that a lot of work?]

[No, the succeeding festivals weren’t as elaborate as the first one, and we’re also making use of all the facilities we used on the first iteration, so it didn’t take us as much work.]

[I see…… I’d like to visit the festival again.]

[Unnn, unnn! As I said before, the 7th day is invitation only and there would be fewer people, so let’s go around together.]

[That sounds great, let’s do that.]

[Really!? It’s a promise for the next Six Kings Festival then!]

When I agreed, Kuro brightly smiled. She’s so cute.

[……Ah, the presentation is about time to start, isn’t it? The Fairies are coming out. Kuro, are you seriously going to listen to them in that position?]

[Hmmm, I want to stay close to Kaito-kun.]

I thought about Kuro’s words for a moment. I don’t really have any problem accepting Kuro’s request. It’s not that I don’t like being in close contact with my lover, Kuro, either, and rather, I’m happy being like this with her.

It’s just, I would really like to watch the presentation together with her.

[Then, let’s do it this way. Kuro, raise your body a little bit and change your direction like this.]

Turning Kuro around, I put a hand behind Kuro’s knees, and after holding Kuro in a princess carry, I lowered her like that on my lap.

Rather than her sitting while having her on a princess carry, it’s more like Kuro was sitting sideways on my lap.

[With this, we’d be able to stay close together while both of us watch the presentation……]

[Ahh~~ You’re right! I can also see Kaito-kun’s face better like this than in the previous position, which is great!]

Hearing Kuro’s somewhat happy tone of voice as she behaves like a spoiled child, I chuckled. As Kuro looked up at me with her golden eyes filled with anticipation…… I gently put one hand on her cheek and brought my face close to hers.

The distance between us soon became zero, partly because our bodies are close to begin with, and I felt a sweet, soft touch on my lips.

Thereupon, as if by design, the music began to play, and we could hear the beautiful music, creating a very nice atmosphere around us.

I wonder, was it because of that? I don’t know if I was just carried away by that atmosphere…… I had intended to kiss her lightly and immediately pull my face away from hers, but I was so enraptured by my charming lover in my arms that I kept my lips on hers for a while as we continued listening to the performance.