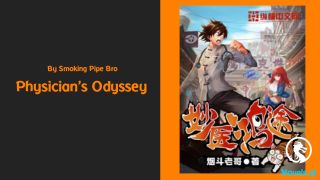 The lion was a symbol of might, a power, yet, it was tamed by a mere woman.

If the legendary Heracles defeated it, Shishio might not say anything. However, it was different when it came to women. He knew it was quite wrong to say that a woman was weak, especially when gender equality had always been promoted everywhere.

Shishio knew he was wrong for saying this, but he had his defense since even a man didn’t dare to fight a lion.

In front of the lion, men would notice the power of the king of beasts, so shouldn’t it be natural for a woman to feel the same?

Shishio didn’t understand before, but he understood now.

In front of his enemies, he never stepped back and ended them without mercy. He would kill and erase them from this world, including their families, so they wouldn’t cause him trouble.

Yet, in front of Yuigahama Hana, he was helpless. His face slackened, and all of his power vanished instantly. He was powerless and waited for his chance for a counterattack.

“…It’s so different…” Hana was surprised and amazed since it was her first time seeing his thing so close. She gulped before stretching her hand, ready to step into the next step.

Shishio knew what they were about to do, and he didn’t stop her.

Anyway, he was a scumbag. What’s the use of being polite?

Yet suddenly, he recalled the smiling face of Yui that he often saw every day.

Was he going to lose that smile?

The moment such a thought emerged in his mind, he caught Hana’s wrist and said, “Maybe, this is enough.”

Hearing his words, Hana also realized what she was doing and panicked. “I-I am sorry.”

The euphoria which sprouted from their minds burst out like a haze, realizing the reality around them.

While Hana and her husband might have trouble, he must admit their actions were wrong.

Hana might feel lonely, and he was just there, beside her, at the right time, entering the gap in her heart.

What’s the difference between a human and an animal?

A human has something known as a restraint, and once that restraint disappears, it will become an animal.

This restraint has many forms, such as morale, logic, and many others.

Marriage was a responsibility, and it was something sacred between two people.

Yet while the thought of tainting it was good, Shishio felt the weight of this sin was heavy. He might not know what was going to happen with her husband, but he knew what they were doing was wrong.

Her husband might have cheated or might have had a child with someone else, yet this wasn’t the reason why she should fall, where she had to cheat on her husband when she was lonely.

If they were together, Shishio didn’t want to do it in this type of relationship. He would wait for her to divorce her husband before they could be together.

Fortunately, everything wasn’t too late, and he quickly stopped Hana before they were too late.

Shishio reassured Hana since she had just helped him wash his body. Even if his rod was raring to go, he decided to endure it since he didn’t want to cause trouble for Yui’s family.

“I don’t know whether there’s a problem with your family, and I know that I shouldn’t be the one who says this, especially when I am the one who seduces you, but I think we shouldn’t fall so low where we have to do something like this, right?”

Still, Shishio sighed inwardly since even if he often said that he would seduce a married woman one after another when the time came for real, he didn’t dare to do it. He knew many people would say he was a chicken, but he felt this wasn’t the case.

It would be different if Hana was divorced, but the marriage was definitely something of a “no-no.”

Lastly, if Hana could betray the vow of marriage because of his seduction, someone she had met for the first time, he felt this woman wasn’t worth his time.

After all, if someone could betray someone for the first time, it wouldn’t be weird for them to betray for the second time, right?

Trust was something priceless.

Once it was gone, it was impossible to regain it again.

While Shishio still believed in his charm and his skill in that “area,” he didn’t want to be constantly troubled by such a thought every day.

Lastly, he didn’t lack a woman.

Hana might be a charming woman, but if they were really together when she was married, his women would even frown even if they loved him.

On the other hand, Sakurajima Mai’s mother was different since she was a widow.

In other words, Mai’s mother was safe.

Yet he knew Mai would definitely give him a drop kick if he dared to touch her mother.

Hearing his words, Hana couldn’t control her emotion and wept. She knew she had done something unforgivable, especially to someone who happened to be her daughter’s crush.

If she really did, what kind of face should she see her daughter?

Her words were incoherent, and it was impossible to understand.

Yet Shishio didn’t say anything and just hugged her, patting her shoulders gently.

Sometimes, someone doesn’t need a word to calm someone who is crying. Instead, they only need to be by their sides, listening to their every word calmly while telling them that they are here by their sides, ready to share their problems.

Still, Shishio hoped that Hana would stop crying since their position was quite awkward, and she only covered her body with a white towel.

On the other hand, he was fully naked, with a hardening rod. His rod was curved up, touching Hana’s body, which made it even more unbearable.

Feeling the heat on his rod, Hana also stopped crying, and the situation became subtle once again.

The two looked at each other, and no words could come out of their throat.

Under this situation, he knew that even if he pushed her, she would accept him, yet how could he do that after all the words that came from his mouth?

He might be a scumbag, but he wasn’t a hypocrite.

Hana was a charming woman, but Shishio was going to wait until she became a widow instead of tainting her sacred bond with her husband.

Still, their bodies quickly tensed, and their hearts were beating so fast that they heard a familiar voice.

Shishio and Hana felt the temperature was hot, they were full of sweat, and their bodies were burning with a fiery passion, yet the moment they heard this voice, they felt their hearts stop, and the temperature dropped to several degrees and felt as if they were thrown into the lake right in the middle of winter.

After all, who wouldn’t?

Hana was in the bathroom with the young man her daughter fell in love with.

They were also naked.

Even if they didn’t do anything in the end, if Yui saw their current state, it would be impossible for her not to misunderstand them.

“Just tell her you’re taking a bath because you’re full of sweat.”

On the other hand, Shishio was calm, but he also had a headache. He also looked around, searching for a hiding place and an opening to escape. Unfortunately, he found nothing, and the only place he could hide was the warm water bathtub.

Under the high heat of the summer, he knew that entering the bathtub was akin to suicide, but what kind of choice did he have at this moment?

Yet he knew he was still safe since Yui didn’t come to the bathroom, right?

“Ah, yes, it’s too hot, so I decided to take a bath.” Hana followed Shishio’s words.

“Ah, sure, yes, but why don’t you rest first? You must be tired from the outside, right? I will prepare lunch soon.” Hana quickly followed with a voice filled with anxiety, yet she knew she had to calm down. Fortunately, even if her head was a mess, she was still able to follow Shishio’s instructions.

After they talked for a while, Yui decided to rest in the living room, watching television.

However, when Yui left, the two looked at each other, and no one was sure what to say.

“What should we do?”

“Do you have a place to hide?” Shishio asked. He was still naked, and it was impossible for him to go home naked.

Hana thought for a moment and asked, “How about my room?”

“Yeah.” Hana nodded and said, “Hurry up! I will take your clothes there later.”

“Wait, am I going out like this?” Shishio asked speechlessly.

However, Hana could only show a wry smile.

Under high pressure, one couldn’t think straight, and they often made various strange decisions.

While Shishio was speechless, he was pushed out by Hana to her room on the 2nd floor. They dried their bodies and feet, but they only wore a towel, tiptoeing in the corridor, so Yui wouldn’t hear them.

Fortunately, the sound of the television was particularly loud, so their escapades were successful.

“Stay here. Wait until everything is okay.”

Shishio didn’t get a chance to respond, but Hana had already walked out and closed the door. While he was helpless, he looked at her room curiously since it was his first time entering a married woman’s room.

Hana didn’t know what Shishio was doing. Instead, she looked at the entrance of her house, wondering where he had put his shoes since she didn’t see them.

“Huh? Mom, why do you only wrap in a towel?!” Yui was startled when she saw her mother only wrapped in a white towel. Still, they were female, so they didn’t feel embarrassed or anything.

“So, where are your clothes?” Yui asked curiously.

“Ah, I forgot.” Hana only remembered she forgot to take her clothes.

“Do you need me to take your clothes?” Yui asked.

“No, I will take it myself.” Hana quickly ran to her room to take her clothes.

Yui shook her head, wondering what kind of lunch her mother was going to make and clueless about what was happening.

“Is she going to make something with a tomato?”

Yui thought when she saw a lot of tomatoes in the kitchen.