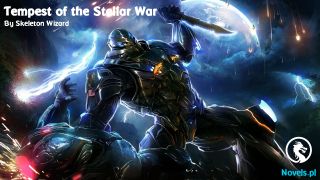 «I Only Wanted A Class In The Apocalypse (Web Novel) - Chapter 910 Monster Outbreaks!

I could feel how deeply devastated and broken she was. I didn’t know why, but just seeing and hearing her like that made me decide to agree.

I knew it might be such a bad idea, but what else could I do to help them? To help her?

Everyone had his own way to recover, even if it was just by running away and losing oneself in work.

I slowly nodded before heading back to the rooftop. “Come with me,” I said while she and Angelica followed me up there.

Humans were such a fragile race. If she rushed it, it might backfire at her later on.

I opened a portal after saving a bookmark here. The moment I appeared over the trait zone, I was met with a magnificent scene.

Angelica got all the right to be shocked. What was I seeing? It was another ocean of forces fighting densely packed monsters.

Just looking at the islands scattered in the trait wasn’t enough. Looking at the coast made me wonder for how long these forces expanded there.

The fight wasn’t only at islands, but expanded to the shore side here. Something told me that if I went towards the other continent, I’d end up seeing a similar scene.

“Damn! And you dared to say that Legend was enough?!!” Lily turned sharply at me, “even I might not be enough! We need generals! Lots of them!”

“I’ll help,” Angelica raised her hand in such a shy way before she straightened herself up when both of us looked at her, “I’m going to help. This place… It looks quite hectic to be controlled by just two.”

“And two isn’t even close enough! We need hundreds! Hundreds of generals and thousands if not tens of thousands of experienced leaders,” Lily focused her eyes over me before adding, “how are you going to solve it, genius?”

“There… Is a way,” well they got a point. Saying that there were hundreds of millions fighting down there was an understatement.

I had to change my plans and use help from them.

“Call Legend over,” Lily got a way to contact him, but not I. I waited for a few hours, while taking a grand tour here, while waiting for that dude to come.

He didn’t have my leader’s chariot. Something that made me regret not giving him one. He came on foot, running in the middle of a large group of his.

Taking a wide tour here gave me a general image on how things looked like on the entire place.

First of all, the number of forces was much more than that. Much more to the extent of forming two big camps behind the ones fighting at the forefront.

It seemed Legend decided to arrange them into three groups, give each group a chance to fight and train for sometime before pushing another group forward and letting the first one rest.

It was a nice tactic, one that someone brutal as himself wouldn’t think about unless he had to.

The situation forced him to do so. After all, he was controlling everything here on his own, without any proper help.

I felt a little bad about this. I was the one to leave this kid in such a position, all by himself, without any means of help.

As for monsters, it seemed after four months, they grew into such dense numbers enough to occupy a large part of the ocean. I checked till the northern end of the trait, making me see the forces span over the continent shore away from the trait, with many monsters there than at the traits.

Their shapes changed. These monsters kept evolving it seemed. This was good as long as they were under control.

Aside from the training camps here, the citizen zones showed a remarkable growth and evolution.

There were crops planted, trade going on between cities and towns. There was life, life that I lost meaning of, as many humans and races did after the apocalypse hit.

And from the look of it, they built wide roads to connect all these towns and cities together. It also seemed that these settlements went too deep into mountains, even encompassing the regions beyond.

“Lord… Lord… You are finally back!”

And just as I spotted Legend, I lowered my chariot while that kid jumped the stairs to the upper floor.

Once there, he jumped at Lily’s embrace first and screamed these words while looking at me.

“Sorry about that, it seemed a bit hard on you,” I knew I was belittling this issue.

“No lord, it was great! Awesome actually!”

“Then… Why are you crying?!” I raised an eyebrow while looking at him. His armour was all in tatters, seemingly like he went into desperate fights frequently.

What happened? Wasn’t he supposed to be the one leading others and not fighting?

“Oh, about that…” he seemed to notice my peculiar gazes over his armour, “the monsters here seemed to evolve. We found many weird new kinds coming up at us from time to time. And at some point, a monster swarm might happen.”

“Swarm?!” I looked around. How could this be possible? With such numbers, any monster outbreak should be contained.

“Lord, don’t underestimate them. There are really great behemoths of them under the ocean. When these swarms hit us, they’d come and cause great havoc. I had to intervene and help all the time to kill them.”

“Oh, let me solve this problem for you then.”

“No lord, please leave it be,” yet he suddenly said, surprising me, “these swarms are brutal indeed, but it’s a good test ground for our forces. We might lose a bunch of them, but that doesn’t matter as we always gain more reinforcements on a daily basis.”