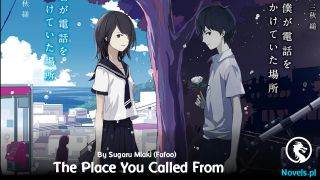 «I Leveled up from Being a Parasite, But I May Have Grown Too Much (Web Novel) - Chapter 101: The Trio’s Discovery

We managed to repulse the miasma surrounding us and continued to advance further into Unholywoods.

We toasted jerky during our break in dungeon exploration and ate it by sandwiching it between two breads. Though it’s delicious, for some reason, it’s lacking something.

Maybe it is because I feel like someone is watching us from the shadows of the trees.

Nevertheless, we eventually resume our exploration after filling our bellies.

When I decided that we have walked far enough, I pointed at a tree.

「What shall we do then, Jackrosa?」

He’s looking at the spot I pointed at. A lot of yellow and purple-colored mushrooms were growing there.

「It seems we can’t eat that. Maybe we’re going to fall into hell if we eat those in a figurative meaning」

Jackrosa follows my lead in silence and then glances at the lower left area.

As for what it is, there’s a small hole made by a small animal on the root of the tree.

And then, inside that hole.

A slightly dark-colored bracelet was left inside that hole.

Suu’s gaze wanders from that hole and then shows his palm to me and Jackrosa.

「This bracelet is called ‘Reserve Ring’」

「Reserve Ring? Do you know what this is?」

「Yes. We have studied about magic tools in magic academy. This unique pattern is its main feature, and your magical power consumption is reduced by half when you wear this」

「Hee, this seems to be a really useful item for a magician」

「Yeah, it’s used by many people, too」

Indeed, there’s a pattern that resembles a polygon etched inside another polygon on that bracelet. It might have been dragged by small animals into their nest since they like shiny objects.

While I ponder over such things, I noticed that Suu’s gaze is fixed on that ring. It seems Jackrosa also took notice of that.

「Ah, my apologies, Jackrosa. I’m just scrutinizing it for a bit. Geez, we can really get this kind of magic tools inside a dungeon. I only knew about this as some information, but this is the first time I am seeing it with my own eyes」

Suu is looking at the bracelet from various angles.

Maybe for Suu, this is more like a field trip of a researcher.

「If you say so, then did this appear naturally inside a dungeon? 」

「You could say that it might have been dropped by someone. Maybe someone purposely put the bracelet in that place. It could be a monster, too」

It doesn’t mean that just anyone can obtain such things inside the dungeon.

The reason for that is unclear, but it’s possible for me to have obtained it since I just forced my way through the dungeon. I really don’t know about the possibility of finding such item.

Well, since we found it in such a strange place, we discuss what to do with the bracelet. For now, we’ll leave this bracelet with Suu.

We might still be close to the entrance, since we didn’t get any useful materials or magic tools so far.

Because, if it’s another party apart from us, they’ll be completely exhausted by this point already.

In short, despite the unusual phenomenon, things will get real from this point.

After we advance further, a huge crystal appears before us.

I remember seeing this one. I happened to see a similar one in Paienne labyrinth - the transfer crystal.

「As expected. This thing is also available in this place」

「In this place, too? Have you seen other ones beside this? 」

「Yeah. I remember seeing one before in a place called Paienne labyrinth near Laurel. It is the one which we can use to go back to the entrance. It’s an extremely convenient feature」

「There is one in Paienne labyrinth too, huh. That’s also a famous dungeon」

Suu is saying so with a yearning tone.

When I ask about the details, it seems Paienne dungeon is also one of the six wonders. The world is small, huh.

But, I must agree with the fact that there are powerful monsters in the deeper floors of Paienne labyrinth.

I really want to know about the deepest floor of that dungeon.

With eager thoughts to capture the dungeon, we completed today’s objective and returned to the dungeon’s entrance using the transfer crystal.

I go back to my inn’s room to rest. We will resume our exploration again on the next day.

And then, as we advance beyond our yesterday’s checkpoint… The white trees suddenly disappeared.

We are already surrounded by cliffs before we could notice.

The last portion of the white trees forest connected with the entrance of a high cliff.

The white tree stand perpendicular to the steep cliff.

The cliff is freaking high, showing no signs of end to the point of warping through space.

It seems the distance between valleys is around… 10 metres? The presence of numerous empty caves on the cliff are making our advance quite difficult.

The ground has some gravel at some places making it easier for us to walk.

「So, this is the inside of the forest」

「The color turned to gray from white」

We’re looking at our surroundings and are repeatedly yelling to boost our morale.

The valley seemingly goes straight to the depths of the dungeon, but that would not involve any exploration at all.

Well, since that is meaningless for us, we decide to enter one of the caves formed on the valley.

There was nothing in the first cave we entered into, and it was a dead end straight away.

So, we brace ourselves and then enter the next cave after walking for a while.

「Yes. It feels like a real ca-… I can hear something」

Suu raises his hand to signal us to stop.

Right after that, I also start hearing a rhythmic sound reverberating throughout the cave.

“Something is coming at us”— Just when I think so.

Moving bones appear before us.

「Yeah. Moreover, armed ones. Be careful!」

The skeletons rush at us the moment they see us.

I invoke a priest’s skill.

It’s a skill that fires a holy ray.

The bow-wielding skeletons pierced by that skill became powdered bones as if they just received a hit from a humongous hammer.

「Ooh, amazing! Such a small-sized ray is actually so effective」

As always, holy power is extremely effective against undead.

In that case, the next aim is――

「The one wielding mace over there, prepare to die! 」

The holy ray attack is directed toward the skeleton.

Maybe because the other party also take me as a threat, and despite them shooting their magic arrow in hurry, it’s lacking in precision and power which made it easier for me to evade— with the mace-wielding skeletons turning into pieces at the same time.

「Well then, I’ll leave the covering fire to you, Suu! 」

Suu is covering for us while we keep the enemies at bay.

We completely obliterate those skeletons with this defensive strategy.

I keep investigating the cave while soaking in the sweet taste of victory.

Thereupon, I come across a bright spot ahead of us.

When we move ahead while pondering what is ahead of us, the cave suddenly came to end, and what’s waiting in front of us was a valley, again.

「There’s even the cave that we just passed before」

I gaze at our surroundings to confirm our situation.

Though the scenery is almost similar to the previous one, I couldn’t see the forest which we could see sometime ago.

「It seems we are in a completely different place from before. Maybe this valley and the previous valley aren’t connected via an outside path」

「Do you mean that we are still actually inside a cave? 」

「Yeah, it seems we have to look for the correct route while going back and forth and in and out of several caves」

Despite saying so myself, I also make a dumbfounded face.

And I can expect that the way to return won’t be much easier, too.

「The real thing starts from here」

Suu and I nod in agreement to Jackrosa’s words.