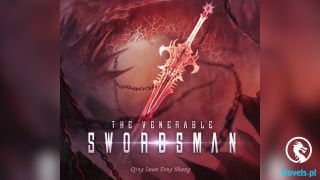 «I Leveled up from Being a Parasite, But I May Have Grown Too Much (Web Novel) - Chapter 99: Unholywoods Exploration Party

Mysterious sounds, unclear whether it came from a whine or an evil cry like sound, emanate from various places in the forest.

Why is it so terrifying to battle against an undead?

…Well, they’re undead, after all.

But the current me will not get easily confused by that.

Since this is the second time I’m experiencing such an atmosphere, I won’t easily lose to the things that inhabit this place thanks to the previous event in academy.

「By the way, this place is eerie, right?」

Suu’s saying so while looking around restlessly.

「Naturally, this is the habitat of those zombies, after all. So, you have never come to this place, Suu?」

「I have. That’s why I’m alright. Hide behind me if you’re feeling scared」

「No, that’s wa~y too pitiful, or rather it’s a matter of pride」

While saying so, Suu and I shrewdly follow Jackrosa.

Utility is more important than pride.

「Come to think of it Jackrosa, I’m curious about what kind of training you do in this kind of place」

「Because this place is calm and quite」

It seems like there are a few strange roars here and there to me.

Well, it certainly is far more quieter than the city.

Though it’s still noon, the inside of the forest is dim, and I can neither see far away nor can I know what’s hidden behind the mist. A while after walking in such surroundings- Naturally, there’s no road, and we encountered places where the roots and the branch of the trees entwine together to stop our path or form a maze-like passage similar to that in a labyrinth.

We advance for a while in the same manner, but soon enough, we stop walking.

The passage before us is blocked by trees.

「I could enter via this place when I came here before」

Jackrosa is peeking through the gap between the entwined trees while tilting his head.

He kept looking and then muttered “I see.”

「It seems the passage changed after my previous visit, since we were able to advance via this road before」

「The passage changes after some time? This dungeon sure is a troublesome one」

Doesn’t that mean that the map is also useless?

Nevertheless, it seems that we have no choice but to take a great detour, but there’s no doubt that we will definitely get lost inside the maze due to this one change in the wall.

Though we can just go back, it would end up as a killjoy if we were to take a U-turn here. I want us to somehow bypass this wall. I get this feeling that the way ahead will become simpler if we manage to pass through this point.

Suu and Jackrosa are glancing around to search for a different road.

And then, at that time.

「That’s right, there’s no need to take a U-turn. I have a way to make us advance through this blocked path」

I take out a hatchet almost at the same time as the two stopped moving.

It’s one of the items that I acquired for an adventure.

「The trees in this place are hard as hell, and normal hatchets won’t work on them. Moreover, it’ll be dreadful if we were to be caught by those thickets, leaves, and ivies. It feels like being cut with a sharp tool. Previously, I had wasted one of my spears to test that」

I wield my hatchet while saying so.

At the same time, I invoke the following skills: 【Terrain Adaptation : Forest】,【Lumber Processing】,【Farming Tool Mastery】, and 【Plant Suicide Attack】×２（I’m casting farmer and lumberjack skills using both of my hands.）

I’m using farmer and lumberjack classes since those two jobs have skills that specialize in fighting against plants. Thus, I can use it for a battle against a tree or a grass.

Moreover, I know where I have to aim my hatchet thanks to 【Judgement（Plant）】.

When I swing my hatchet while using the combination of the above skills, it made a nice, crisp sound as it cut through branches and trees. Moreover, we were neither entangled by the leaves nor was the blade chipped.

I break through the wall and create enough space for someone to enter. I could connect this passage to inner passage.

Suu expresses his admiration while clapping my shoulder. Sure enough, at this rate, even the dungeon will lose its face.

Or rather, can I even do this? It feels like breaking the wall of dungeon is foul play, but… Oh, whatever. Let’s just advance forward.

But, in order to not cause extreme environmental damage, let’s not overdo this and only use this just in case I need a shortcut like this scenario. It’s also exhausting on my magical power.

「Yosh, let’s go. This way, we can advance through the same way as in Jackrosa’s memory」

Jackrosa nods with the lips of his mouth slightly turned up. Thus, we continue to advance even further.

As he said, the dungeon sure is dark inside. It’s not as dark as in the night, yet it’s still noon outside. I heard that this kind of darkness is a natural characteristic of this dungeon.

「Advancing further in this condition is rather taxing, right? Let’s turn on the light」

Suu takes out the lamp and activates it using magic.

The lamp is shining brightly… But, for some reason, only the lamp shines brightly, and the surroundings are still shrouded in darkness.

「It’s as if there’s a curtain」

The light couldn’t illuminate the surroundings. It is as if it’s being devoured by the darkness. Even when the three of us try to see each other’s face, we were unable to do so unless we remain close to each other within a certain distance.

「What shall we do? This is a dangerous situation」

「We might end up crashing against the plants if we continue as it is. How do we advance in this kind of situation, Jackrosa-san?」

When we cast our gazes at Jackrosa, he tilts his head.

「It was brighter when I came here for the first time. It wasn’t like this before」

Suu and I exchange glances after hearing Jackrosa’s words. Though both of us didn’t say anything, we could understand from his expression the emotion, “again?”

「Ah, no no no, we’re not putting the blame on you… But, what shall we do then? It’s not like it’s a different place, right?」

「That’s for sure. I remember the route we just passed before, after all」

Uhn, what does that mean?

It seems that Jackrosa has memorized the general structure of the labyrinth, but there are some different places.

Could it be that the dungeon can evolve too?

It’ll be extremely troublesome if that were to be true. Or else, it means something happened recently in Unholywoods.

「At any rate, we are in deep trouble. Just walking in this kind of darkness itself is already quite dangerous」

「The lamp is useless, and not even our shadows can be seen. As expected of one of the six wonders」

We bring our faces as close as possible to the lamp to think about a countermeasure for this kind of situation. When I look up— The face I saw with the lamp below is too scary!

「If, for example, we are close enough, we’ll be able to see the surroundings, right?」

Suu’s hand is moving to measure the distance between us.

「That’s plenty enough, then. I’ll be the vanguard, so please follow right behind me」

「Ah. I recall that I have a skill that allows me to see in the darkness. Maybe, I ca―― I can see through this darkness now」

It’s a skill to see in the darkness, but it is quite handy in this place where the light from a lamp is useless. When I invoke the skill, I can see a white forest similar to the one we passed by so far in my field of vision.

「It seems we have no more problems to advance forward. Let’s go. Follow right behind me」

Thus, we dive deeper into the dungeon.

「Ah, be careful, there’s a snapped branch near your right hand!」

「Since there’ll be stumped roots along the way, please move while sliding your feet carefully. We will advance while confirming the current status of the roots below us」

I keep giving such advice while we continue to advance through the forest.

When I cancel my skill and watch… Ooh, it’s true.

But when I turn around, that place is covered in darkness. Though it is only one part of the forest, it seems that it is strangely wrapped in darkness.

「We managed to overcome the darkness for now, but――」

Somehow, it feels as if it’s not easy to stroll through this forest. But, I feel that it’s more interesting to move forward in such conditions. Let’s continue to push forward at this pace!