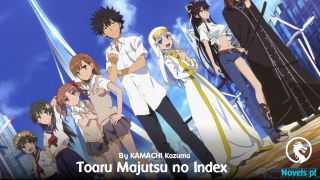 The jade bracelet flickered with a faint light under the sun. The substance inside seemed to be blood flowing slowly.

There were no runes engraved on it, nor were there any strange spells.

Chu Xiaoye observed for a while and found nothing.

Lanisi also knew nothing about this bracelet. She only knew that it was passed down from her ancestors.

If possible, it would be too satisfying.

Lanisi shook her head and said, “Other than clothes, I can’t put anything in. I’ve tried many times to put other things in, but I ended in failure.”

This was not fun.

When Chu Xiaoye heard this, he was disappointed. This thing was prepared for women who liked to change clothes. It was a waste of God’s gifts.

Then, he said to the three beside him, “You too, do you know?”

Fei’er had a troubled expression. “Your Majesty, I can’t call you by your name.”

Lanisi smiled and said, “Then call me Sister.”

Fei’er’s eyes immediately lit up and she said happily, “Sister! This is good. Fei’er is willing to call you that.”

Chu Xiaoye hurriedly said, “Don’t call me Night and Lord Night. This name sounds like a killer. If the enemy hears it, they will definitely guard against me. In this case, it will be difficult for me to use schemes. Oh, no, I mean my intelligence.”

“Then what should I call you?”

Chu Xiaoye said in all seriousness, “Brother, or handsome brother, either is fine.”

“Be good. I’ll give you a lollipop later.”

Chu Xiaoye reached out and wanted to touch her head, but he realized that she was too tall. Even if she was sitting, he could not touch her.

Fei’er hurriedly bent down and took the initiative to extend her head in front of him. Her eyes were curved and she smiled very sweetly.

Chu Xiaoye successfully rubbed her head and turned to Vilis, who was sitting on the other side. “Vilis, it’s your turn.”

Vilis glared and raised her fist.

Chu Xiaoye could not be bothered with her and looked at Denise, who was behind the Queen.

Denise turned around slightly and looked elsewhere calmly, as if she did not hear him.

Chu Xiaoye could only look at the Queen and say, “It’s your turn.”

The Queen was very natural and even called out sweetly, “Brother, Handsome Brother, Brother Night.”

Then, she blinked her beautiful eyes and said, “Brother Night, what’s a lollipop? Can I eat it too?”

He hurriedly changed the topic and said, “I’m hungry. Let’s get something to eat first.”

Unexpectedly, just as he stood up, Catherine jumped up from the stream with a whoosh. She had a big silver-white fish in her mouth and ran over, placing it in front of him. Her dark eyes reflected him like the night.

Chu Xiaoye’s heart ached for no reason. He reached out and let her come over. Then, he rubbed her head and said to the elven girls, “This is my sister. If she calls me brother, I’ll definitely be very happy.”

Catherine lowered her head gently and lay in front of him, letting him touch her. Her entire body trembled in comfort.

Chu Xiaoye looked at them and asked.

Lanisi looked at the fish on the ground and said helplessly, “What can’t we eat at this time?”

Chu Xiaoye laughed out loud. He stood up and shouted at Catherine, “Come, let’s go catch fish and feed the cute little elves.”

After watching the strange siblings run far away, Lanisi looked seriously at the three girls beside her and whispered, “You all saw it too. Night has already mentioned farts to me twice. Help me think seriously. As long as I don’t mind or dislike his farts, or even start to like his farts, will he accept me?”

Vilis could not help but say, “Your Majesty, Lanisi, you’re the queen of us elves. Can you not fall so low?”

Denise still looked elsewhere and did not make any comments.

The Queen sighed and said, “Aren’t I doing this for the sake of our elf race? For the country and for you, I’m willing to lower myself, grovel, and compromise. It’s worth it.”

Denise finally could not help but say, “Your Majesty, I think you like him.”

The Queen’s righteous expression immediately stiffened. She paused and lowered her head to admit softly, “Yes, I do like him.”

Then, she suddenly raised her head and said, “Don’t you like him?”

Vilis snorted and said, “No.”

Denise turned around and looked elsewhere.

Fei’er was not shy at all. Her eyes were bright as she nodded repeatedly and said, “I like it, of course I like it. Lord Night is so powerful and brave. His entire body is filled with charm. Even his words are fascinating. Fei’er likes it very much!”

The Queen shrugged and said, “Then why are you sitting here? Don’t you have to go over and help your dear Lord Night catch fish?”

Fei’er hurriedly got up and ran over. As she ran, she said happily, “Lord Night, Fei’er will help you catch fish and feed them to the elves!”

Then, she took off her shoes, socks, and skirt and jumped into the stream with a splash.

This girl’s swimming skills were not bad. Her white and slender legs swayed easily in the water, and her head swayed back and forth. She was like a slender fish in the water, coming and going freely and quickly.

She was wearing her lingerie inside, like a bikini in the outside world. She was not afraid of being seen by Chu Xiaoye and swam to his side, showing her head. She spat out water and said with a smile, “Lord Night, you’re a little elf too.”

Chu Xiaoye pressed her pretty face down and pressed her into the water again with a whoosh. Then, he stepped on her head with his feet and suddenly kicked out.

When Fei’er struggled to swim up from the water, he had already gone ashore. He held two big fish in his hand and swayed as he walked towards the other three elves.