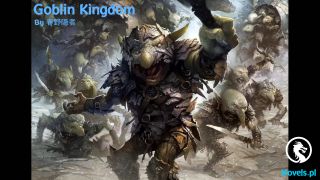 Great Calamity, which started from the internal turmoil in Heavenly Court’s Divine Palace, was likely to revolve around the birth of the Immeasurable Heavenly Lord.

Afterward, the chaos spread to the entire Heavenly Court’s Divine Palace and even the great thousand worlds.

The cause was either the group decided to act together, or it was out of personal grievances to take advantage of the chaos. In short, more and more people participated. In the end, it evolved into a catastrophe that swept across everyone.

In that saga, not only Future Buddha took a move personally, but several other Dao Realm bigwig figures were indirectly involved.

There was no shortage of involvement from Western Bliss Blessed Lands, Demon Race, and even Nine Underworlds.

Therefore, Yan Zhaoge, Gao Han, and other Daoist descendants didn’t go all out even fighting against them since they were close in terms of lineage.

For them, the pain from that event was more painful than others.

However, they didn’t lose their rationality over the years nor became mad, albeit the heavy resentment.

Compared with them, Ne Zha wasn’t so much so at peace. It was surprising that his grievances and malign thoughts were so deep.

Yan Zhaoge couldn’t help but suspect that there were special reasons for it.

He looked at Taiyi Cultivated Deity, then at Mu Zha, and asked bluntly, “God Li was among the bigshots in Heavenly Court’s Divine Palace. He didn’t suffer a misfortune in Great Calamity and went to the Western Bliss Blessed Lands. But other than that, did he do anything else?”

It wasn’t that Yan Zhaoge always speculated on others maliciously.

But, Pagoda Bearing God Li Jing, the father, had a similar record in the past.

Like Sun Wukong and Yang Jian, Yan Zhaoge had also heard a lot of legends about Ne Zha causing havoc in the sea.

There were different versions of the story.

In some stories, Ne Zha stirred up trouble in the sea, like an ignorant kid. On the other hand, some said that he saw injustice and fought righteously for the people.

Aside from these, some said that after Ne Zha injured the dragon’s son and grandson, the old dragon king came to retaliate.

In some versions of the story, Ne Zha sacrificed himself and broke ties with the family to avoid involving the family and the locals. He cut off his flesh and tore his bone as a sign to break relations with parents in hopes of not implicating them. That was how he responded to the dragon clan’s trouble.

In some versions of the story, Ne Zha’s father, Li Jing, wanted to kill him. So, Ne Zha broke his flesh and bones to show they had severed their relations.

No one end was it the result of luck or misfortune. As far as Yan Zhaoge knows, the relationship between the father and son of the Li family in this world was at the latter version.

Later, he resurrected with the Treasured Lotus Immortal Form and acquired a great opportunity.

However, during the resurrection process, he was repeatedly obstructed by Li Jing.

Later, Li Jing followed the Archaic Dipankara Buddha and acquired the Ruyi Golden Pagoda to counter the Treasured Lotus Immortal Form. With that, he could stand against Ne Zha.

After many people worked together to mediate the situation, the two sides reluctantly made peace.

After the ancient Investiture of the Gods ended, the two also entered Heavenly Court’s Divine Palace.

However, as far as Yan Zhaoge knows, the relationship between the two parties was still bad. There would be conflicts usually in the errands.

In view of this, Yan Zhaoge investigated the Great Calamity from a critical standpoint. The matter wasn’t simple. It wasn’t just God Li fled to seek asylum from the Western Pure Lands after having the Heavenly Court’s Divine Palace collapsed and its door collapsed.

According to previous chatter with Yang Jian and others, Yan Zhaoge learned that Western Pure Lands didn’t play much of a role behind the Great Calamity.

On the other hand, Yan Zhaoge vaguely felt there should be another backstory behind Ne Zha’s opportunity to acquire the Treasured Lotus Incarnated Form and why Li Jing got the Wishful Golden Pagoda from Dipankara Buddha.

After all, there were rumors that Ne Zha’s root was in Nuwa Sovereign Palace.

He was born into the Li family because he was special. Li Jing almost killed him when he was born.

For the intricate twists and turns of events, Yan Zhaoge had to think more about it.

However, for Ne Zha, who was young and straightforward, the deciding factor was what Li Jing did.

“In a way, he is similar to Great Sage.” Yan Zhaoge sighed in his heart.

“The kid had a catastrophe that day, thanks to fellow Daoist Li.” Taiyi Cultivated Deity glanced at Mu Zha and said slowly.

Yan Zhaoge touched his lips and said nothing.

For Li Jing, Ne Zha was the highest threat.

Without the elites helping him and without the Ruyi Golden Pagoda in his hands, Li Jing wouldn’t dare show his face in front of Ne Zha.

It was meaningless to argue about what was right or wrong at the time.

In Li Jing’s mind, there was no father-and-son relationship between him and Ne Zha for a long time. So he had to stay wary all the while.

Of course, it felt uncomfortable to be wary of a dangerous opponent day and night. Hence, the Pagoda Bearing God wouldn’t hesitate if he had the opportunity to eliminate this thorn.

During the Great Calamity, orthodox Daoism suffered a catastrophe that it was almost wiped out.

The Wishful Golden Pagoda flew from a distance, restraining Ne Zha’s Treasured Lotus Immortal Form, causing him to be besieged by a group of enemies and almost perish on the spot.

If it weren’t for Taiyi Cultivated Deity rescue to help Ne Zha break through the enemy line, what encountered Yan Zhaoge would be a grave instead.

Regardless of whether Ne Zha’s dissatisfaction with Li Jing had faded over the years or not, this new hatred was added to the oil, fuming the old hatred.

Under the interweaving of new hatred and old hatred, the resentment and hatred in Tri-Buddhism Platforms Great Divinity’s heart soared to the sky.

Mu Zha looked utterly calm at the moment and said lightly, “Parents are the most superior in the world. My third brother has always been rebellious, repeatedly offending his father’s majesty. It’s his fate to this damnation. My father is just cleaning the pest from the family.”

Taiyi Cultivated Deity said indifferently, “Stop your nonsense. I don’t want to argue on this pointless matter. I suppressed my disciple for his sake so that he wouldn’t succumb to a vengeance path with no return. If he regains his freedom and I release him, you will be the first to perish.”

“You can escape this catastrophe because you’re not the key person.” Taiyi Cultivated Deity mocked, “However, you’re a good lure.”