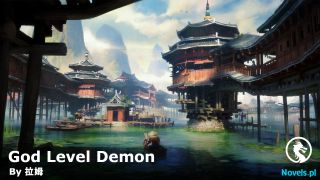 Their foes were also deriving the clues embedded within karma. Only orthodox Buddhists could have such intense disruption.

“Daoist Ubiquitous, since you journeyed along with my junior apprentice-brother, please tell us the details of what happened,” said Yan Zhaoge.

He was aware of the Jade Clear Origin Heavenly Scripture in Yan Zhaoge’s possession. Obtaining further clues would only make it beneficial to pry deeper into Ying Longtu’s current whereabouts.

Yan Zhaoge wasn’t annoyed by Daoist Ubiquitous’ thorough explanation. He merely listened quietly and only added some comments once in a while.

After Daoist Ubiquitous was done, Yan Zhaoge shut his eyes. A long while later, he finally opened them, “Still no concrete clues yet, but I now understand it somewhat. The two of you, follow me.”

Yan Zhaoge strode forward, with Long Xingquan and Daoist Ubiquitous following him from behind.

They headed toward the direction in which Ying Longtu had vanished and continued traversing through the void.

An invisible path seemed to have appeared before them, imperceptible by anyone. Yet, Yan Zhaoge never hesitated on his path of advancement.

After an unknown period, Yan Zhaoge’s speed slowed down.

Yan Zhaoge seemed a little excited, “He should be near.”

He gazed around the dark void.

Due to the uniqueness of that location, Yan Zhaoge was facing increasing difficulty the further he attempted to derive.

However, on the other hand, this also implied that they were much closer to the specified location.

“That peculiar spot is fading away.” Yan Zhaoge frowned, “Like the Awakened Sky Cosmos in the past, it can move on its own.”

The peculiar location was distancing itself away from them, hence the weakening of the peculiarness.

If the location weren’t fixed in place, then Yan Zhaoge would have much greater difficulty searching for it.

The concentration of the peculiar energy only indicated the distance between the two. However, in the vast and boundless void where directions were indiscernible, Yan Zhaoge couldn’t determine the direction with this.

It only gave off a vague feeling.

However, Yan Zhaoge could feel that its moving speed wasn’t as swift as the Awakened Sky Cosmos.

It was a little sluggish when shifting location.

“If it can move as well as the Awakened Sky Cosmos, then we won’t even be able to find it here.” Yan Zhaoge pondered for a while and told the two, “Let us commence our search in different paths.”

Long Xingquan said, “Pay close attention to the Buddhists. They might be able to guide us.”

“I had the same thought.” After bidding farewell to Long Xingquan and Daoist Ubiquitous, Yan Zhaoge traversed alone by the void.

He flicked his sleeves lightly, causing the North Ocean Clone and Pan-Pan to leap out from within.

The North Ocean Clone transformed into a ray of radiance and headed toward another direction, expanding their search area.

Yan Zhaoge and Pan-Pan continued with their journey.

After advancing for a while, Yan Zhaoge sensed something.

Green lotuses suddenly appeared within his mind. They appeared and disappeared as they pleased and were on the verge of blooming.

“Found it…” Yan Zhaoge curled the corners of his lip. He masked away his aura and quietly proceeded forward.

In the faraway pitch-black void, fluorescent translucent radiances were shining.

The radiance seemed tranquil and enlightened as if it possessed its very own intelligence. The source of such pure brilliance could only originate from the orthodox Buddhists.

Yan Zhaoge halted his advancement and refrained from approaching any further. Instead, he merely expanded his senses.

“I’m quite familiar with one of them. I seemed to have interacted with him before…” Yan Zhaoge thought about it for a while, “Oh, I remember now. Traveling Monk Hui An. Now that’s someone I’m familiar with.”

In the faraway void, a few Buddhist Bhantes were gathered together.

Among them was Traveling Monk Hui An - Mu Zha, who Yan Zhaoge had dealt with back then.

“There must be a Three Clear Lineage bigwig hiding in this Great Desolate Origin Schloss. It could be a Grand Heavenly Immortal who secluded himself from the world for eons and hold no information of the outside world at all.” A Buddhist Bodhisattva said, “But since he saved Ying Longtu, he should now be aware of what happened.”

Mu Zha groaned, “That’s fine. He might’ve been injured or is being held back by something, which prevents him from leaving this place.”

He looked at his other companions, “While he might now be aware of what transpired outside, the outside world might be oblivious to this Great Desolate Origin Schloss’ location. While there are many capable people in Daoism, my father is about to arrive soon. We might still stand a chance.”

“If they arrive on time, then we can proceed as we planned.” The Buddhist Bhantes nodded, “The Great Desolate Origin Schloss can drift around the void. It’s better if we follow tightly and don’t lose sight of it.”

Before Mu Zha could say something else, his expression changed drastically.

Then, a voice resounded in their ears.

“So, this is the Great Desolate Origin Schloss. Does this thing still exist in this era? How weird.”

He looked at his surroundings, “Hm, seems like there’s no ambush or trap.”

A brilliance shot out from his head, but something seemed to have hindered its advancement.

A bolt of fleeting lightning flashed across the surrounding cosmos. However, an invisible barrier seemed to remain, enveloping the area in its confinement.

Not only did the formless lightning confine their surrounding space, a layer of darkness even started permeating from within, devouring all lights, sounds, energies, and intents.

Yan Zhaoge’s expression remained calm as usual. Then, he cupped his hands toward Mu Zha, “Long time no see, Traveling Monk Mu Zha. How have you been?”

“I was fine, but now I’m not.” Mu Zha smiled helplessly.

Yan Zhaoge smiled and said, “I was far away just now and couldn’t hear you. But, I seemed to have heard something along the lines of the Great Desolate Origin Schloss. Other than my peer, do you know who else is inside?”

“We don’t know either.” Mu Zha shook his head.

Then, he glanced toward the Buddhist Bhantes, “If that’s the case, which one of you is willing to guide me there?”