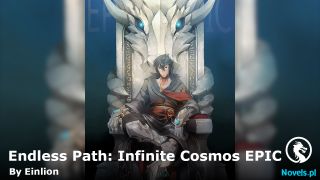 Valentine’s Day happened a few days after the two children were one month old.

After returning home from the hospital, Gu Weiwei, who had not left home for dozens of days, could finally step out of the house.

In the afternoon, when the children were still sleeping, she went through her walk-in closet and found a dress she could wear on her date.

As she flipped through the clothes in the walk-in closet, she realized that when she was pregnant, she either wore her maternity clothes or the breast-feeding clothes she often wore. There were no formal dresses for her to wear on a date.

There were two fitted dresses, but she had gained some weight because of her pregnancy, so she could not fit into them.

So she started to worry about the wardrobe of clothes.

She had not been out for so long and yet she still could not put on any clothes.

Her joyful mood was affected and she became depressed.

She was just worrying about the outfit for the date when the servant knocked at the door.

“Madam, someone is looking for you.”

“Me?” Gu Weiwei asked in astonishment.

She did not have many acquaintances here, and very few people knew that she was here. Who would come to visit?

She walked out of the bedroom and saw ten well-dressed Arabian locals standing in the living room with a large amount of bags.

A woman who looked like a supervisor came forward and said in English, “Mrs. Fu, Mr. Fu bought some things and asked us to deliver them to you. If it is convenient, please let us put them away.”

Since it was arranged by him, she would not object.

“Which room is your walk-in closet?” the female manager asked.

Hearing a child crying, Gu Weiwei said to the servant, “Take them there.”

Having said these words, she went into the nursery to visit the two children.

After changing the diapers for the two children and feeding them, she carried Tiantian back to the master bedroom.

The moment she entered, she saw that the walk-in closet, which had been filled with maternity clothes and breast-feeding clothes, had been changed into a new one. All kinds of dresses and suits were hung up, and it was obvious that they were designed by Merlin and Martin Green.

Apart from the latest clothes, there were also matching jewelry.

After they tidied up the walk-in closet, only a small portion of the clothes were left.

After everything was sorted, the female manager came and gave her the business card.

“Mrs. Fu, if you need anything else, you can contact us anytime.”

Gu Weiwei took over the business card in astonishment. “Okay.”

Was Fu Hanzheng good at reading minds? She was just worrying about the clothes she would wear on the date, when he asked someone to deliver so much for her.

She had not been able to find anything to wear, but now she was would have to be very picky.

She had put her daughter Tiantian to sleep and when she saw that it was almost time for Fu Hanzheng to get off work, she picked a flowy dress and put on some light makeup with a pair of low-heels.

When everything was ready, Fu Hanzheng’s car arrived at the doorstep.

She picked up her phone, grabbed a small handbag from the walk-in closet, put the phone inside and left.

The moment she went out, she saw a man dressed in a suit holding flowers, waiting for her outside the car.

When he saw her, he showed a gentle smile and gave her the fresh-looking roses.