Support
Random Novel
The Villains Need to Save the Wo 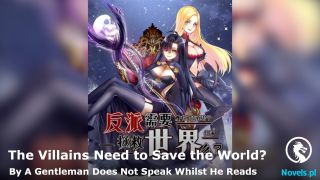 “Auntie, should I tell them now? Or they will blame me for leaving them no time for preparation.”

“Okay, call them.” Rong Jiali replied with a smile.

In fact, Zi Yan had planned to call Zi Qiang and Xu Xinyu before, but Rong Jiali suggested not to call them because Zi Yan said they would come by plane the second day as soon as they learned the news.

They were very concerned about their daughter’s marriage, and their son-in-law was very excellent in their eyes. They were eager to see their daughter in happiness and their lovely granddaughter.

They almost discussed the wedding with Rong Jiaxin the last time, but Zhang Han didn’t agree.

Considering that they were going to have a daughter-in-law, Rong Jiali felt a little apologetic to ask her family to come and talk about it. Although they might not mind, she thought that she couldn’t make Zi Yan feel wronged. She had to do everything well.

So they decided to go to Singapore today.

After getting on the plane, Zi Yan intended to inform her family in advance, so that they had time to dress up.

The phone was soon connected.

“Of course. When will you come back? I miss my granddaughter.”

Although her tone was happy, Zi Yan could tell that she was tired.

“Are you coming back today?” Xu Xinyu was surprised.

“It’s… it’s not convenient today, but I’m fine. You can come back. I’ll prepare it.”

“It’s not a big deal. Your father will solve it soon.”

With a frown, Zi Yan didn’t ask any more questions. She decided to talk about it later, so she replied. “Zhang Han’s parents came back, and we will go to visit you together.”

“What? Are they coming?” Xu Xinyu was really shocked this time, “When will you come? Oh, no, when will you arrive? I’ll get ready now.”

“We will arrive at the airport around eleven o’clock.”

“Well, We’ll go to the airport to pick you up in advance. See you later.”

After saying that, Xu Xinyu hung up the phone in a hurry.

It seemed that she had gone to make preparation.

“I don’t think it’s a big deal. We’ll know when we get there.” Zi Yan shook her head.

She thought that there might be some commercial trouble.

Rong Jiali did not ask any more questions.

After all seated, the plane took off for Singapore.

On the plane, Mengmeng sat on Zhang Han’s left side, and Zi Yan was on his right side. The little girl was used to the scenery outside, but she was still very happy staying with PaPa.

“Well… I forgot.” The little princess looked at Zi Yan for help.

Zi Yan took the lead in singing an English song. Mengmeng began to hum along with her and gradually remembered the lyrics. When Mengmeng’s voice turned louder, and Zi Yan lowered her voice.

For a moment, the whole cabin was filled with sounds of nature.

Even Zhang Guangyou and Rong Jiali were intoxicated by the song and the pleasant journey.

In the side pick-up area, there was a series of motorcades. Zi Qiang, Xu Xinyu, and a large group of people, including Zi Hu, Zi Long, and Zi Qingtian, were dressed very formally. It seemed as if they were going to attend a reception.

The eyes of pedestrians on both sides also gathered here, and there were many discussions in the crowd.

“The whole Zi family is here, and the people they are going to pick up must be powerful.”

“Yes, the Zi family has become a top family now. Zi Qiang, the owner of the family, is the president of the Chamber of Commerce and has great influence. Recently, he has settled several important cooperation projects, and his assets will be improved a lot.”

“You don’t know it. I heard that the Lyu family is now blaming the Zi family. Patriarch Lyu was the vice president of the Chamber of Commerce, but with the growth of Zi Qiang’s business, his business opportunity was weakened. He had endured it in the past. But now the Elder of the Lyu clan returned, who gets along well with almost the whole business circle in Singapore, so the position of Zi Qiang is now in danger. It is said that the three big projects the Zi Clan just won will also be canceled, and the new partner is the Lyu family.”

“Wow! Is it true? That is to say, Zi Qiang has lost the identity of the president of the Chamber of Commerce. Whether the former president or the leader of the Lyu family takes office, there is nothing to do with Zi Qiang. Their assets will seriously shrink.”

“The position is not a big deal. The key point is that the Zi family has invested a lot of manpower and resources in the three projects. If they are forced to leave, they will lose a lot.”

The passers-by around were talking about it, and many of them knew the truth. “The return of the Lyu family Elder? Has he come back from the worldlet?”

“He has broken through to the Heaven Realm and is now a real tycoon. Even a single word of him can force the Zi family to get out of Singapore. Not to mention Zhang Hanyang, even if he is here with Emperor Qing, he dares not to challenge a powerful man in Heaven Realm.”

In the past, for the sake of Zhang Hanyang, the Zi family could do a lot of things smoothly. But now, Zhang Hanyang’s identity was useless.

Under their gaze, the crowd on both sides slowly approached each other.

Although their words couldn’t be heard, it could be told from their expressions that they were very enthusiastic.

He nodded repeatedly, and then looked curiously at Zhang Guangyou and Rong Jiali who had just taken off her bamboo hat.

“They are Han’s parents.”

Judging from their appearance and temperament, Zi Qiang was sure that they were!

Because he had seen others last time.

“Hello, nice to meet you.” Zi Qiang held out his hand in a hurry.

Zhang Guangyou also quickly reached out and said with a smile, “Hello, my name is Zhang Guangyou, and this is my wife Rong Jiali.”

Zi Qiang pointed at himself and his wife and then said with a smile, “Welcome. Yan didn’t tell me in advance, and we haven’t made enough preparation.”

“You must be tired all the way. Get in the car first. The lunch is ready at home.” Xu Xinyu said and led the way to the car on the side.

For the convenience of chatting, they drove three business limos today. The family of Zhang Han and their parents sat in the same car.

In the beginning, the atmosphere was quiet and a little embarrassing for a few seconds.

Zi Qiang was not sure about the other party’s temper and was thinking about how to say it.

After a few seconds of silence, Zhang Guangyou smiled and said, “According to our custom, we can call each other relatives.”

“That’s right. We have been waiting for this day for a long time. After all, Mengmeng is almost five years old. It will be too late if they don’t hold a wedding.” Zi Qiang laughed.

“It’s okay. It’s not too late to be happy,” Zi Yan answered in a low voice.

After a pause, Zi Qiang said, “Well, a grown daughter can’t be kept. She’s on your side now.”

Of course, they were not serious words. It was just a joke, and the atmosphere livened up.

Mengmeng blinked her big beautiful eyes and drank the juice her grandmother brought her. She was watching the adults as an onlooker.

“You have a good son. Han is not only handsome but also has good ability. The most important thing is that he has a good temper. When he smiles, I like him very much. He is a good boy.”

Xu Xinyu was very satisfied with Zhang Han and praised him in the presence of him.

Zi Yan smiled a lot. Even Mengmeng put down her juice cup and got cheered up. “PaPa is the best.”

“Zi Yan is beautiful too.”

Rong Jiali exclaimed as a response. “We didn’t expect that Han could find us such a beautiful daughter-in-law. She is not only beautiful but also tender and considerate. We are so happy.”

The family-style mutual flattery began, but what they said was true.

After a while, Zi Qiang talked about the business when they were about to arrive at the Zi family’s place.

“Well, Han, as well as Yan’s parents, I wonder what you think of the wedding.”

“It doesn’t matter to us. Let’s take the children’s advice,” said Rong Jiali.

So they looked at Zhang Han.

“That…” Zi Qiang looked at Zhang Guangyou. “Let’s prepare for it these days and choose a day for the wedding.”

At this time, Zhang Han shook his head slightly.

All eyes were on him again.

“How long do you want to wait?

“Everyone is anxious except you!”

Zhang Han’s mouth twitched slightly. “It’s not what you think. I think there’s a good day.”

“September 9 symbolizes the long-term love, and now it is just in a month,” Zhang Han said with a smile.

There was one thing he didn’t say. He was going to the Kun Xu World the next month. The thunder in the sky of Wind Snow School was suitable for him.

Perhaps he saw through Zhang Han’s idea, so Zhang Guangyou pondered a little and then nodded.

“Shall we fix a time? More than a month is not long. We should make enough preparations and hold a grand wedding for the two children.”

So the day was set.

While drinking the juice, Mengmeng mumbled. “I’m finally going to hold the bouquet.”

The little princess had a deep memory of this matter. She wanted to help them with the bouquet at their wedding!