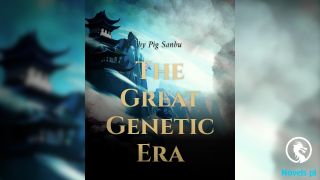 Chapter 1021 An In depth Investigation

Ma Xiaowan nodded and said, “But we’ll have to wait until tomorrow morning. It’s too dangerous to act at night. We’ll return to the camp tonight and make plans tomorrow.”

“Why don’t we do it now? The two of us are also very interested in the reason why the dragon mosquitos are occupying the land,” Fang Heng suggested, “Besides, we necromancy mages prefer the night.”

Ma Xiaowan looked at Fang Heng, and the uneasiness in her heart rose to the extreme.

According to her original thoughts, the difficulty of the commission was how to deal with the large numbers of dragon mosquitos in the early stage. The follow-up investigation mission was just a normal process for the Chambers of Commerce.

Who knew what kind of stimulation these dragon mosquitos had received to be entrenched nearby?

It might be dangerous, but there was a high probability that it was just an accident.

Could it be that it was true that one would suffer from bad luck when they encountered a necromancy mage? Was there a bigger problem waiting for them in the forest?

Of course, if two powerful necromancy mages traveled with them, the safety of the investigation would be greatly increased.

Besides, it was just a rumor that if one got too close to a necromancy mage, the disaster one would face would get worse as one grew older.

Fang Heng didn’t think much of it.

He could complete the mission with or without these mercenary groups. He was just curious why Ma Xiaowan was so conflicted.

Ma Xiaowan took a deep breath. She decided not to believe in such superstitious things.

“Alright, please give us some time. We’ll set off immediately in half an hour.”

Behind them was a group of zombies.

The moonlight tonight was quite bright, illuminating the path ahead.

One could vaguely hear the chirping of insects in the forest.

After entering the Cesar Forest area, Fang Heng discovered that the plants here were much larger than those in the outside world!

Along the way, the few pharmacists who had followed the team to explore were overjoyed. They stopped every few steps and picked medicinal ingredients along the path.

After confirming that there were no players on the team, Mo Jiawei became braver and started to chat with the team members.

“Cesar Forest still doesn’t belong to anyone?” Mo Jiawei was puzzled, “No one has ever occupied this area? And no one knows where we would reach after passing through Cesar Forest either?”

“Yes, this area is currently a no man’s land,” The guide nodded and replied, “The first Emperor of the Empire, Andrast, once expanded the Empire’s territory everywhere, but she never explored the area of Cesar Forest. She even set the Cesar Forest area as a forbidden area, forbidding anyone from entering.”

“Why did he do that?” Mo Jiawei asked, finding it strange.

“Who knows? There are a lot of rumors outside though. It’s said that Andrast was the daughter of the Lord of a divided small country when she was young. The territory was invaded by outsiders, and the Lord died in battle. She fled into Cesar Forest in panic under the protection of her guards. The enemy wanted to exterminate all possible threats, so they sent an army across Cesar Forest to pursue her.”

“Then, something seemed to have happened in the forest. The army suffered heavy casualties, and everyone thought that Andrast was dead. They didn’t expect her to appear again three years later and establish the dynasty of the Mahert Empire,” The guide shrugged his shoulders, “I guess she has some special feelings for this forest.”

Mo Jiawei’s eyelids twitched when he heard that. He pondered and said, “The story is a little strange. Could she have gotten some kind of wondrous power from the forest? ”

“Well, this…” The guide nodded and continued, “You don’t say, but there are quite a lot of people out there who say that’s the case.”

“Yes, Emperor Andrast built an extremely vast underground tomb before her death. It’s said that the scale is unprecedented, and those who participated in the construction of the tomb were all secretly executed. There are also many rumors that Andrast displayed many abnormalities before her death, and some people even saw her…”

“Ahem,” Ma Xiaowan coughed and interrupted, “Those are all baseless rumors. The Empire has always been wary of Andrast, so it’s best not to talk about her matters too much.”

Fang Heng, who had been silent the whole time, turned his head and said, “I’m very interested. Please continue.”

“Ha, it’s actually no big deal,” The guide chuckled, “There are rumors outside that the Emperor made a deal with an evil force in the forest and obtained great power. The tomb built by the Emperor before her death was some form of an evil ritual, and she had already offered her soul to the devil.”

“There are even people who say that the bloodline of the entire Andrast family has the blood of devils. But you don’t say, every offspring of the Andrast family does have an extremely strong fighting talent.”

“It’s fake. It’s all fake. It’s just a rumor,” The deputy commander of the mercenary group, Ku Nuo, shook his head repeatedly, saying, “If we’re talking about combat talent, it’s only because of the special cultivation system passed down by the royal family. Besides, we’ve been to Cesar Forest dozens of times, and we’ve explored it so many times, but we haven’t found anything. It’s obvious that it’s fake. Otherwise, we’d have been rich long ago.”

“Hahaha,” The guide laughed heartily, “We don’t have to be so insistent on distinguishing between real and fake. These are just rumors from the outside. Just treat them as an after-meal talk.”

“Things have changed over time. The Empire is in urgent need of many of the high-tier medicinal ingredients in Cesar Forest, and the purchase price is ridiculously high. In addition to medicinal ingredients, there is also red candlenut wood. Not only does the wood have the effect of repelling insects, but it also gives off a delicate fragrance. It is cherished by the nobles. Other places do have red candlenut wood, but few of the trees there can grow as big as in Cesar Forest.”

Fang Heng took a look at the pharmacists of the mercenary group who were busy collecting herbs, and his heart was also itching.

Good God, this was a profitable business!

He had a large number of zombie clones whose gathering skill had been maxed out to level 20 in the Zombie Apocalypse.

If he could collect wood and medicinal ingredients for money…

Unfortunately, the trial had a time limit.

Besides, he couldn’t really let Wei Tao wait too long.

Affecting the main mission to earn some money was not worth it.

There was no rush. He would mark the place, and it would not be too late to come back after he had completed the tier 6 space-tearing device.

After harvesting quite a lot of medicinal ingredients along the way, the few potioneers were in a good mood, so they became more talkative.

“I think it’s better to seal it off. Otherwise, with so many people rushing in and destroying the ecological environment, how would we have a chance to collect the medicinal ingredients and make money?”

“I haven’t been here for a few months. The medicinal ingredients’ growth…”

They were just talking along the way when suddenly, buzzing sounds came from in front again.

After the silence, the buzzing sounds in the distance became clearer.

When the mercenaries heard the sound of the dragon mosquitoes, they immediately reacted and took out their bows and arrows, aiming at the dense forest ahead.

More than 10 seconds later, hundreds of dragon mosquitoes rushed out of the dense forest, pouncing on Fang Heng and the others.