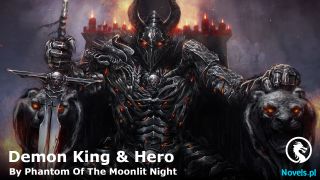 The exclamations and sighs around were automatically filtered out. Yun Feng’s world was peaceful. After leaving Meatball’s help, this was the first time she tried to make a master-level potion with her own strength. Yun Feng really wanted to know how effective it would be.

The moment she closed her eyes, it was darkness. Yun Feng breathed slowly and gradually mobilized the mental strength in her spiritual space. The mental strength that had already fused with the Golden Cauldron Fluid was emitting a faint golden light and flowing in her spiritual space like an ocean. She let Yun Feng mix it gently. Yun Feng transferred a small part of her mental strength to every part of her body and saw that the originally dark world gradually emitted spots of luster! Yun Feng was delighted. It seemed that after reaching the King Level, coupled with the effect of fusing the Golden Cauldron Fluid in her body, her sensitivity to the elements increased day by day and she could feel the existence of the elements. Even though it was very weak, the next steps would be easy!

Yun Feng had been standing with her eyes closed and there was a peaceful expression on her face, as if everything was under her control. Everyone whispered and couldn’t accept it. After the shock, You Bai was even more disdainful in his mind. This time, he would definitely win. He would make her kneel on the ground and call him grandpa, dampening her prestige!

“Elder, elder, what exactly is she doing?” After the few disciples who came with the potion elder rushed to the front yard, they saw Yun Feng standing there with her eyes closed. The fire in her hand was constantly rolling. They didn’t know what she was doing.

The potion elder arrived and was also shocked to see Yun Feng’s gesture. However, he was an elder after all. Then, he immediately noticed the subtle difference with surprise, curiosity and admiration in his eyes. “What is she doing? She’s certainly making medicine.”

“Making medicine? How can you make medicine like this?” The disciples all cried out weirdly after hearing that, but the potion elder burst into laughter. “There are all kinds of strange things in this world. Just because you don’t know doesn’t mean it doesn’t exist and doesn’t make sense.”

“But… Can that be considered making medicine?” The few disciples looked at each other. They couldn’t associate Yun Feng’s movements with making medicine no matter what, but the potion elder burst into laughter. “Of course. There are thousands of ways to make medicine. She certainly has her own way.” This kid used such a rare method. Even I’ve never seen such a way of making medicine. I’ve really learned something now.

The corners of the potion elder’s mouth curled up in satisfaction. He also closed his eyes and carefully felt everything around him. Then, he opened his eyes. “I don’t know how this kid makes potions, but I can clearly feel that the herbs in that fire are constantly fusing. This kid is really going to make master-level potions. I wonder how many stars she has as a master.”

If this kid succeeded, he would definitely take this kid for himself. It was truly a waste not to use such talent in potions! He just didn’t know which elder’s last disciple she was. The elder who had this kid was truly lucky!

You Bai made the three-star potion very smoothly. Even though he paused for a while because of Yun Feng’s shocking movements halfway, he soon calmed his mind and started making it methodically. Soon, You Bai reached the last step, fusion. You Bai looked up at Yun Feng on the side and found that she didn’t do anything except close her eyes. He couldn’t help but sneer again. Just wait! You Bai moved quickly and focused on the potion in his hand. His meticulous expression was quite serious. The fusion of the last step was perfect. After all, it wasn’t difficult for You Bai to reach the advanced three-star level. When the last step ended perfectly, the advanced three-star potion was out!

“As expected of Senior You. You’ve done it so quickly! Judging from the color and quality of that potion, it should be of perfect quality!” The students around the pharmaceutical platform exclaimed. There was a layer of sweat on You Bai’s forehead. He put the potion in a bottle and looked at Yun Feng on the side with a cold smile. “How pretentious. I’ll see how you make master-level potions with that fire!”

The little girl of the Gong family saw that You Bai had already finished. The advanced three-star potion had already been made successfully, but Yun Feng still didn’t do anything just then. The little girl of the Gong family couldn’t help but bite her lips. Was she really fine? She wanted to challenge a master-level potion. Could she really make it with such a method?

“Advanced three-star, perfect quality. It’s not difficult for You Bai.” Hua Ling whispered when she saw You Bai finish making the medicine. Yu Xia looked at You Bai with jealousy in her eyes. “If Senior Sister Hua Ling had the ability, we wouldn’t be in such a situation.”

Hua Ling couldn’t help but blush. She could only make an advanced two-star potion at most. Even though this result wasn’t bad, she was still a bit inferior to You Bai after all. It was a fact that she wasn’t as good as You Bai. However, Yu Xia’s harsh tone made Hua Ling a bit unhappy. “Yu Xia, if you could control your words and deeds and don’t cause trouble everywhere, this wouldn’t have happened.”

Yu Xia said impatiently, “Alright, alright. It’s already like this. What’s the use of talking to me? Why did that person appear in the inner campus? Is she going to cause trouble for us this time?”

Hua Ling didn’t say anything. Yun Feng didn’t look like someone who took the initiative to cause trouble at all. As long as you didn’t provoke her, she certainly wouldn’t notice you. Thinking of how she went back on her words back then, Hua Ling felt a bit ashamed.

“Right! Didn’t Master want to find her? And now, she came to me herself. After this, I’ll tell Master! Let Master teach her a lesson!” Yu Xia glared at Yun Feng fiercely. Thinking of the gloomy expression of the Third Elder when he mentioned that he wanted to find the potion maker in the cave that day, Yu Xia felt that she could vent her anger fiercely.

“Are you trying to fool us with this because you can’t make it?”