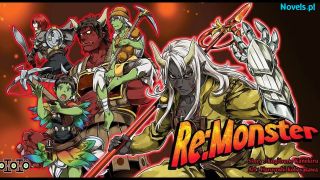 The steaming hot curry grilled fish was brought to the table. Lin Dongxue was still admiring the red marriage certificate lovingly, and asked, "Old Chen, did I smile unnaturally when the wedding photos were taken?"

"It’s fine, you’re so beautiful that you’d look good even if you’re picking your nose. Hurry up and eat!" Chen Shi put some vegetables in with the grilled fish. "I feel as though things are still the same after receiving the marriage certificate!"

"That's because there was no wedding. Only after going through this grand ceremony and declaring to the world that we are husband and wife as well as lying on a bed all strewn with peanuts and red dates at night, will we really feel like husband and wife."

"Oh? After going through suffering together, we’ll be bound together as survivors?"

"When will the wedding be held?"

"How do you feel about keeping everything simple?"

"How would we keep it simple?"

"Let's add two more dishes and call a few acquaintances over. Then it can be considered to have been settled."

"Get lost!" Lin Dongxue took the vegetable garnishing the grilled fish and threw them at him. "The wedding must be performed well. Also, we need to take wedding dress photos and go on a honeymoon. How can we just make do blindly when it comes to the most important event in life… Did you just roll your eyes? Did you roll your eyes?!"

"Hey, put the pepper shaker down first… can we wait and talk about this later?"

"Why are all men so afraid of trouble? By the way, we have to do it with your parents too, right?"

"You’ve reminded me." Chen Shi sighed, feeling powerless all of a sudden. "Song Lang has no parents, but Chen Shi does. After all, I’ve used someone else's identity, so I have to put up with these things. How troublesome."

"You’re my husband now, so you have to put up with these things too." Lin Dongxue said coquettishly.

"Can we do things one by one, in batches?"

"Okay, okay, we’ll do everything together in October… Fuck, don't talk about sh*t while we’re eating curry, okay? It will easily bring up unfortunate associations."

"Haha, I will just get to eat a little more… it’s delicious. Do you know which part fish connoisseurs will eat first? It’s this piece of meat on the fish’s face." Lin Dongxue picked up a small piece of meat from the fish’s face with chopsticks and placed it into Chen Shi’s bowl.

At this time, the phone rang and it was kk. Chen Shi answered. Lin Dongxue moved closer to listen while eating the hot vegetables in the grilled fish’s pan.

"Brother Chen, are you free?"

"Don't be so hard-hearted. President Wang is looking for you regarding something."

"No, President Wang is really looking for you for some matter. He’s at the office right now, please come over!" kk pleaded.

"You’re already the captain right now. Are there still people who can control what you do?"

Chen Shi raised his head and sighed. "I have something to do this afternoon. That's it."

Then he hung up. Chen Shi said to Lin Dongxue, "I won’t let anyone bother us today."

The two concentrated on eating grilled fish. Lin Dongxue loved grilled fish. She said that when she was in the police academy, there was a boy who she had a crush on. The first time they went out on a date, the boy invited her to eat western food. She actually wasn’t fond of refined Western cuisine at all but she was shy at the time and too embarrassed to speak out, so nothing came of it.

If the boy had asked her to eat grilled fish, the result might have been different.

Halfway through the meal, Chen Shi suddenly asked, "How are your driving skills now?"

Lin Dongxue frowned. "No beer for you!"

The two laughed together. They already had a tacit understanding of each other and could guess what the other was thinking.

At this time, kk, Sun Zhen and Wang Haitao walked in. Chen Shi was shocked and wanted to lower his head to avoid being noticed, but kk still shouted, "Brother Chen is over there!"

kk and Sun Zhen sat down next to them with smiles on their faces. Wang Haitao was a little more polite and said, "Mr. Chen, long time no see." before he took his seat.

"How did you find us here?" Chen Shi smiled bitterly.

"Would it be difficult for us to find someone?" Sun Zhen answered rhetorically.

"Wow, what's the occasion? Sister-In-Law, Sister-In-Law, what are you wearing on your hand?" kk suddenly shouted as if he had discovered a new world.

However, Lin Dongxue didn’t hide it. Ever since they had tried their best to help find Tao Yueyue last time, Lin Dongxue's views of them had changed. Thus, she held Chen Shi’s wedding ring-wearing hand and raised it. She also showed off the marriage certificate smugly.

The three applauded, causing many people to look over, and Chen Shi grumbled, "Please, I beg all of you to let us eat quietly!"

"Why don't we book out the whole venue?" Wang Haitao suggested.

Wang Haitao said, "I’m really sorry to be disturbing you on your wedding day. I originally wanted to invite the two of you to my house to reminisce about the past. After all, it's been a long time since we last met."

"It's really not possible today. I still need to help her move this afternoon."

Before he had finished talking, Wang Haitao had taken out his mobile phone and made a call instructing his secretary to contact the best moving company in the city. Chen Shi complained, regretting having said it out loud. He said, “No, she just has a few boxes of stuff. Mr. Wang, if you have any difficulties, just go ahead and mention it. If I can help, I will naturally do so."

"No, no, I just wanted you two as guests. Just showing a bit of my appreciation."

Lin Dongxue actually answered unexpectedly, "Okay, we'll be there in the afternoon."

The three said that they wouldn’t disturb them any longer and left first. Chen Shi glanced at Lin Dongxue, "Why did you agree?"

"I think Wang Haitao must be in trouble, and he’s too embarrassed to say it straight out, so he asked you over as a guest in a roundabout way. Old Master Lu is probably up to something again."

"Haha, your EQ is really extraordinary, but in fact, I could tell as well. I just wanted to tell him to say it clearly and save some time."

Chen Shi still felt a little regret that they were disturbed on their off day.

After finishing their meal, Wang Haitao sent Chen Shi the location, which happened to be the exact hotel where Old Master Lu usually stayed. From this, it seemed that Lin Dongxue's speculation was correct. There was a problem with Old Master Lu again.

When they got to the hotel, the employee politely led them to the 16th floor. This floor was completely different from the other floors. There was a lobby when they got out of the elevator. kk and Sun Zhen were sprawled on the sofa. kk was smoking a cigar and announced excitedly, "Brother Chen is here!"

Wang Haitao stood up. "Thank you both for coming. I had originally planned to invite you to my house, but the chef at the hotel has better skills."

"Oh, my father has renovated this floor. He’s engaging in some… mm, personal activities here."

"Personal activities?" It sounded very fishy. Chen Shi asked, "Can we have a tour of this place?"

Led by Wang Haitao, the group of them passed through the hall and a corridor. The rooms here had all been opened up with several rooms merged into a large room which actually turned out to be a small Taoist temple. The altar held statuettes of three Taoist deities and the surroundings were also decorated in faux antique style.

Below the altar, two big, burly men were dressed as young boys and sporting premodern boys’ hairstyles. They were doing some cleaning work. They saw people coming in and looked at them guardedly.

Chen Shi raised his eyebrows. "This is the so-called 'personal activity'?"