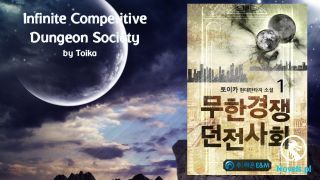 This discovery surprised everyone. Trauma to the back of the head was the only major wound on the body of the deceased. It was obviously the cause of death. After six years, the murderer had actually used another method of murder.

Peng Sijue supported the deceased's head and observed calmly. Then he pried open the lips of the deceased. Generally, if the back of the head had suffered a huge impact, there would be bleeding in the mouth and nasal cavity. Only the deceased's teeth were covered with blood.

He poked the teeth with a latex-gloved hand, and found that her front teeth were loose. He asked his subordinates for an iron ruler.

He pried apart the victim’s top and bottom teeth with the iron rule. "Several teeth are loose and there’s wear on the teeth. There are spots of bleeding on the gums… Someone has pried her mouth open before."

Then he shone a flashlight inside the victim’s mouth. Chen Shi also looked aside. Chen Shi saw clearly that the dead person's oral mucosa had been damaged. It seemed that a hard object had been stuffed roughly inside previously.

"Did he pry open her mouth to look for something?" Chen Shi speculated.

Everyone lifted the body and moved it onto a tarpaulin, and then Peng Sijue cut open the deceased's clothes from the neckline. Under the dress, the deceased was naked, but there was a pressure mark on the chest that had been left by a bra. This indicated that the murderer had killed her first before stripping her and changing her into the dress.

When her clothes were cut down to the abdomen, everyone gasped. The deceased's abdomen actually had a vertical wound. Because the deceased had been lying down, there wasn’t much blood flowing out. Also, the dress itself was red, so it wasn’t noticeable from the outside.

Peng Sijue parted the wound in the abdomen and the bloody internal organs inside were visible. He was afraid that doing the examination there would contaminate the corpse, so he stopped and asked someone to bag the corpse first.

Lin Dongxue came over and checked the number on the hand of the deceased. After seeing the six bodies, she was already familiar with the string of code. The handwriting was exactly the same as before. She said, "Strange. It’s the same handwriting and the same number, but the killing method has changed."

"Maybe something unexpected happened!" Chen Shi stared at the deceased's face. "She… Have we seen her before?"

"She does look a little familiar."

"She’s indeed very similar." Chen Shi had only seen the photos last night, so he had an impression of her.

"It's impossible that it is the same person. The body had already been cremated back then." Lin Dongxue said, "Looking closely, this person is a bit older and fatter than Cai Tingting. Could it be… Ah, I remember now. Cai Tingting was a twin. She had an older sister!"

Lin Qiupu called immediately to check this information. Sure enough, the deceased was Cai Tingting's twin sister, Cai Yating. In order to confirm things clearly, he sent someone to Cai Yating's house to inquire again.

Back in the car, Chen Shi asked Lin Dongxue, "Did you go to the scene of the first murder in the morning?"

"Was anyone mourning there?"

"Yes, the security in that housing district said that a man comes to burn incense every year. From the characteristics described, that man should be Zhang Jinlei. Yue Chao didn’t lie."

"Not only did he not lie, but he’s also not a suspect. The deceased was killed at about 10:00 last night. At that time, Yue Chao had already been arrested by us. By the way, let me tell you something…" Chen Shi played the recording of Yue Chao’s words for Lin Dongxue to listen to.

After listening, Lin Dongxue said, "It had not occurred to me that there were such hidden circumstances. The investigation at that time was truly not meticulous enough."

"Not necessarily. But after a lapse of many years, some parties no longer need to keep their secrets… Oh yes, should we go to see Zhang Jinlei?"

"Hmm, is it necessary? Why are you so concerned about the first case this time?"

"Because these six… No, seven serial murders were exactly the same. I think that the first murder case was the source. If we dig at it again, there may be some leads."

Lin Dongxue looked at him and smiled. "Your unspoken meaning is that you don’t have an idea yet?"

Chen Shi shrugged and smiled. Indeed, there wasn’t a suspect present in his mind yet. It would be better to start the investigation from the first murder case.

Lin Dongxue said, "Captain Lin said that we’re only investigating this case for three days. We don’t have that much time to waste. After three days, if there’s no breakthrough progress, we’ll have to wait for next year… I hope that we can get some results this year so that nobody has to die again. It’s heartbreaking to think about the girls who were killed in their prime."

Zhang Jinlei was now working as a freelance illustrator. The two of them went to his studio and knocked on the door. When he saw Lin Dongxue holding her badge in her hand, Zhang Jinlei let the two enter the house without a word, and then sat by the window to continue illustrating.

Chen Shi saw many of his works hanging on the wall. There were beautiful women in the pictures, but the other half of their bodies were white bones. This contrast was really creepy. The predominant tone of the paintings was red.

Seeing the two people appreciating the paintings, Zhang Jinlei said coldly, "They belong to a series of works entitled ‘Withering’."

"Although I don't understand it, I can feel that kind of artistic mood." Chen Shi complimented politely.

Zhang Jinlei showed an expression of contempt. His eyes didn’t move away from the drawing board. "They’re just commercial illustrations. They’re not highbrow art or anything."

"I remember that you weren’t an art student before, and that you majored in finance at university. Why did you choose this line of work?" Chen Shi asked.

"I didn't go to university at all. That incident was a huge blow for me. I suffered from depression. I tried to commit suicide several times. My family quarreled with me and forced me to study. I had to run away from home and work casual jobs outside. I have been living in great pain these past few years. I am always thinking of her. I hate the incompetence of the police and hate myself for being useless as well. I often have extreme thoughts. Later, I found that painting can calm me down and so I kept painting. I didn’t expect that I would make a living out of this.”

There was repressed resentment showing in his tone. Lin Dongxue tried to counsel him, "To be able to come out of the shadows…"

The paintbrush in Zhang Jinlei's hand snapped. He chucked it away, stood up and stared at Lin Dongxue. His face was distorted as he roared, "I’ve never walked out from there. Every day, I think about what had happened that day. Every time I move the brush, blood will spread on the white paper and her death will appear before me! You policemen are just spectators who are forced to participate in the misfortune of others. Don’t think that you can point fingers at other people’s lives because you think you are high and mighty. You have never thought about how after a tragedy has happened and after you’ve completed your jobs well, how much pain is left behind for the parties involved, pain which cannot be soothed for a lifetime.”

Lin Dongxue was scared and stepped back.

Chen Shi felt the accumulated grievances emitted from Zhang Jinlei's body. He had been a sunny boy in the case file information, but the person in front of them seemed to have changed into another person. He was thin and wasted, with long hair that trailed over his shoulders. His eyes sank into his skull.

As the saying goes, the face is the index of the heart . Chen Shi could somewhat feel the torment that he had suffered over the years.

Chen Shi comforted, "Don't be impulsive. We have the same standpoint as you. We all hope that we can bring justice to Yan Qilin's tragedy. We came to look for you today in the hope that you can provide some clues for us."