Hearing the footsteps behind her, Lin Dongxue immediately restored the webpage to its original state. She sat across the table nimbly, picked up her mobile phone, and deleted everything, including the question she posted.

Chen Shi sat down, unaware of what was going on. He put down the chopsticks and sat back in front of the computer. He suddenly remarked, “Huh, where did it go?”

“A question I just saw on Zhihu.”

“You don't even know what Zhihu is?”

“Aiya, I see that you’ve really just lived your life emptily.” Chen Shi ate the noodles with lots of slurps.

Lin Dongxue opened Zhihu on her mobile phone while eating her noodles. She did some digging and found that Chen Shi was a regular on Zhihu who answered a lot of questions.

Someone had asked, “Is it easy to learn excavating? I want to go to Xianglan, but I’m worried that I won't get my diploma!”

Chen Shi replied with his ID, “Thank you for inviting me. I graduated from Xianglan 10 years ago. It’s quite easy to learn how to use the excavator. There were 50 students there and we mostly graduated…”

Another person asked, “What is the experience of being in a triad?”

Chen Shi answered below. “Thank you for inviting me. To be honest, I got into that world when I was 16. A few of my buddies and I worshipped Brother Guan and followed a big brother into this world…”

Someone asked, “Can nitrite kill people?”

Chen Shi answered, “Thank you for inviting me. I am a chemical synthesizer and our laboratory is often exposed to nitrite…”

There were over 50 similar answers to these. If they were all true, she was afraid he would have to take over eight lifetimes to experience it all. Lin Dongxue sneered and whispered, “Men love to brag and bluff!”

She registered another account and followed Chen Shi. His number of fans was exactly 100. She wanted to see what interesting “experiences” he would have in the future. Chen Shi stared at the screen and said, “Nice! My fans have finally broken the one hundred mark. Only one step away from being one of the big guys.”

Lin Dongxue continued to immerse herself in noodles silently.

Chen Shi said while staring at the screen, “Ruihua Pet Hospital. It really exists, but it has only been open for ten years. Shall we go and check it out?”

“What's the use of looking at the current map?”

“Where can I get an older map?”

“Municipal Planning Office? This is too difficult! By the way, has the church been found?”

“There really are a lot of them. There are actually a dozen of them, but none of them are near this pet hospital.”

“I don't think it can be trusted.”

“Let the doctor heal the dead horse as if it’s alive for now. We’ll check it out tomorrow.”

Lin Dongxue notified Xu Xiaodong, and the three of them got to the bureau the next day and immediately went to the forensics department to find Peng Sijue. They inquired about the DNA comparison results, but Peng Sijue just shook his head. “I’ve compared it to the unclaimed corpses. None of them are a match. It seems there’s not much hope.”

Chen Shi said, “I remember the hospital has a gene bank.”

“That was used to look for missing children that the relatives left behind! The establishment is less than ten years old.”

“Okay, I'll try it out. It's just seven days anyway. I’ll see how you torture yourself.”

“You’re saying no with your mouth but your heart isn’t!” Chen Shi teased as he poked Peng Sijue with his fingers.

“Be respectful!” Peng Sijue fixed his clothes and his subordinates all laughed.

The three immediately went out to investigate and Xu Xiaodong lamented, “I’ve heard about the case. The young monk's mother has been dominated by the bad guy for more than ten years? I'm afraid she might have left the world long ago.”

“There’s a glimmer of hope so we’ll have to work extremely hard. Let’s do our best!” Lin Dongxue responded.

At 10:00 in the morning, the three got to Ruihua Pet Hospital. Chen Shi asked the staff that were employed there. It really had been less than ten years since the establishment of the hospital. Chen Shi thought about it and asked, “Why is this pet hospital called Ruihua?”

“Oh, that’s because our boss is called Zhao Ruihua.”

“What did the boss do before?”

“He also ran a pet hospital. It didn't operate very well though, so it was closed down.”

The three waited until noon, when a big-bellied, middle-aged man drove up and greeted them with a smile. He asked, “I don't know what you officers have come to investigate. My pet hospital has always been a serious business that has run honestly. I’ve never evaded tax or anything.“

“We're just asking about someone called Chen Guang and his wife is Yin Wen. Do you have an impression of them?”

“Do you think you’ll have any information on them?”

“No, the system was hacked a few years ago and the old data was lost.”

“Do you remember where the previous pet hospital was? Where did the staff live?”

“I think the hospital was on Luoyang Road and the employees lived nearby. Please go there to inquire about it!”

After leaving the pet hospital, Lin Dongxue asked, “Is it possible? There is a big difference between a pet hospital and a pharmaceutical factory. How can the little monk's memory have such a big deviation?”

“Didn’t he say that there was always the smell of medicine on his father? It’s not impossible for vets.”

The three arrived at Luoyang Road. It was already 3:00 in the afternoon. Chen Shi and Xu Xiaodong split up to inquire. Lin Dongxue took out her mobile phone, opened the map, and looked at the neighborhood. This area seems to have been demolished and rebuilt twice. Where could they still find the original place?

And there were no churches nearby. The nearest one was five kilometers away.

At this time, Chen Shi sent a voice message through a project chat group he created for the four of them. “Come here. I’m at the crossroads.”

Lin Dongxue rushed over to see Chen Shi and Xu Xiaodong talking to a grandfather who was a bit deaf and had blurry vision. They had to repeat the sentence several times for him to hear clearly. He was missing a lot of teeth so his pronunciation was a bit off. “My former neighbor had the surname Chen. They were a family of three.”

“Did he look like this person?” Chen Shi took out his mobile phone. It was a photo of the young monk’s face which he secretly photographed at the restaurant yesterday.

The grandfather looked at the photo for quite some time before shaking his head. “Don’t remember. I don’t remember. That was so many years ago.”

“Do you remember the address of that neighborhood?”

When they rushed over, they found that it had already become a newly built community. Chen Shi was helpless and put his arms on his hips, a little discouraged. Xu Xiaodong said, “Maybe we should go to the local police station. If anyone went missing, someone would definitely report it?”

“Could do!” Chen Shi sighed.

When they were going out, Chen Shi saw an uncle who just came jogging back wearing a shirt printed with the words “Yutong Autos” on it. He stared at those words in a daze and Lin Dongxue waved her hand in front of him, “What are you looking at?”

“Maybe the little monk didn't see a cross? The little monk said it was a hot day. Would a church put lights on in summer? From what I remember, they only hang lights during Christmas, and maybe on Thanksgiving. These aren’t summer holidays… Moreover, neon lights would look hollow in the middle, but the little monk didn’t mention this. As far as I know, no church uses led lights to make crosses.”

Chen Shi went over and asked the uncle, “Excuse me, have you worked at this Yutong automobile factory before?”

2. He’s trying to say “let’s pretend for now/let’s go along with it for now” in this situation. Although he knows it’s a dead horse, they need to treat it like it’s not. 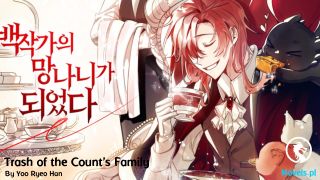