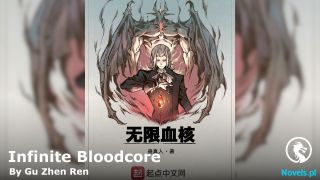 “What’s in it for you?” Lu Yao frowned, then looked at the middle-aged man, “What good will it do you to kill the Hao Hua Sect Leader?”

Lu Yao was certain that at that time, the Hao Hua Sect Leader had no relations with the other party. If it was because of a personal grudge, why did the other party make a move back then? What was certain was that there was probably a reason behind this that was not known to others.

Hearing Lu Yao’s words, the middle-aged man first looked at Philip. Seeing that he did not speak, he finally understood Lu Yao’s position in Philip’s heart, “This is my business.” He spoke calmly and looked at Lu Yao, “All you need to know is that getting rid of the Hao Hua Sect Leader is good enough for both of us. As for the rest, there’s no need to delve into it. You don’t have to worry either.”

As if to dispel Philip’s doubts, he continued, “After getting rid of the Hao Hua Sect Leader, I will leave this world and give this world to all of you. This world is very big. There is a new world beyond this world, just like how you came from the outside world. I am not interested in this world.” He said calmly.

Philip’s heart moved. The other party’s words revealed a lot of information. Like the Star Alliance, the other party originated from the outside world and was not born and raised in this world. This seemed to explain some things.

It was possible to conclude that the other party was not interested in this world. With the other party’s cultivation, if he wanted to, he could have occupied this world before Chen Heng’s power rose. He would not have to wait until now.

Therefore, these words should be true. As for what was hidden in these words, it would not be known to others. Philip pondered in his heart and fell silent for a moment. He did not give a reply immediately, and the middle-aged man did not rush him. He just waited patiently.

After a long while, seeing that Philip did not give a reply, the middle-aged man spoke again, “I think you don’t have much time left.”

“What do you mean?” Philip raised his head and looked at him.

On the other hand, Lu Yao’s expression changed slightly.

Heaven and earth repelled. This was a mechanism that belonged to heaven and earth itself. It would instinctively suppress and repel living beings in the outside world, resulting in various bad reactions.

It would be fine if he were a little weaker, but if he was strong enough, or even strong enough to Philip’s level, the heaven and earth repelling would be even more obvious. The middle-aged man from other worlds seemed clear about this point.

Little did he know that Philip and Chen Heng were one body. He also did not know that, under the simulation point’s effect, Philip himself would not be repelled by this world, because he had long been shielded from the negative effects.

Therefore, he thought Philip’s existence would be a huge burden. He would always face the repelling of this world, and it was easy for big problems to appear. This was also why he was so confident and appeared directly before Philip.

Standing where he was, Philip looked at the middle-aged man. He was silent for a long time before he answered, “I agree with your suggestion.”

“In that case, I’ll wait for your good news…” They were discussing it at the same place. It was not until more than an hour later that the middle-aged man left in satisfaction.

The space rippled, and a faint ripple appeared. Under Philip’s gaze, the middle-aged man’s figure gradually became hazy and blurred, and completely disappeared.

During this process, a divine sword shrouded the surroundings, protecting him, making it impossible for Philip to lock onto him.

“He’s quite cautious.” Feeling the hazy space, Philip’s killing intent surged, but he did not make a move.

The person was very cautious. Even though the other party had appeared in front of Philip, he seemed very afraid of Philip’s strength. Thus, even though he had appeared, he did not stand there. Instead, he was in the void, and he could leave at any time. If Philip had the slightest intention to attack just now, the other party would probably leave without hesitation, not giving him the slightest chance.

During this process, the heaven-cleaving sword had fully recovered and still shrouded its main body It was precisely because of this that Philip felt a little regretful.

‘I still have to wait…’ Philip muttered to himself.

No matter what, since the other party had taken the initiative to contact him and made an agreement to make a move, he would make a move after that. No matter how cautious he was, the other party’s true body would be exposed when he attacked with all his might. It would be impossible for him to hide like this.

It would be the best opportunity for the other party to attack in the future.

“Your Majesty…” Lu Yao’s voice sounded. She looked at Philip before her and hesitated.

“What’s wrong?” Philip turned around and looked at Lu Yao. Then, he said calmly, “Do you have any doubts?” His calm and cold voice sounded continuously. If it were an ordinary person, they would probably feel fear and unease just by listening to Philip’s voice, probably be in awe from the bottom of their hearts.

However, Lu Yao had long been used to it. Therefore, she felt it was still alright and had no unusual reaction. However, her expression was a little grave at the moment. She looked seriously at Philip and said, “This person, Venerate Ming, is not trustworthy. Although we don’t know why he attacked the Hao Hua Sect Leader back then, this person is most likely very dangerous. Moreover, looking at his style, he is not a person who can cooperate with ease.” She said seriously, “If we must find someone to work with, then I think it’s better than that Hao Hua Sect Leader.”

From the standpoint of exclusion, Hao Hua Sect Leader had always been a good person from the beginning to the end. He never had any bad deeds and had always been an open and aboveboard person.

Many people in the Star Alliance admired this person and regarded him as a rare true gentleman.

On the other hand, Venerate Ming had attempted to assassinate the Hao Hua Sect Leader, who had just been promoted. His subsequent actions were also full of conspiracies, and he acted like a schemer. For Lu Yao, if she had to choose one side, she would rather choose the side of the Hao Hua Sect Leader’s side.

“That’s true.” Philip’s looked calm when he heard Lu Yao’s words, then nodded and said, “It’s just that we don’t have a choice. Just as he said, we are outsiders to this world after all. If the situation continues, my power will weaken, but that Hao Hua Sect Leader will not. On the contrary, he will even become stronger under this world’s support.”

“Although the Hao Hua Sect Leader is a straightforward and upright person, we want to occupy this world. Therefore, he is our enemy, and there is no room for us to ease up. We can only face it since it is destined to be like this.” The indifferent words sounded.

Lu Yao frowned, but in the end, she could only nod. Indeed, in reality, they had no other choice. This was also one of the reasons why the black hand, who called himself the Venerate Ming, deliberately came to their door to cooperate with them.

In the eyes of outsiders, the Star Alliance, as an outsider, wanted to occupy this world. Therefore, an irreconcilable conflict was bound to take place against the Hao Hua Sect Leader. Unless one of the two sides were willing to admit defeat, it would be a fight to death.

As for admitting defeat, how was this possible? In Venerate Ming’s view, regardless of whether it was the Hao Hua Sect Leader or the Star Alliance Leader, they were undoubtedly the region’s heroes and were suspected to be the reincarnation of immortals Gods. Such a person would rather die than to submit to others.

It was precisely because of this contradiction that he had specially come to find Philip. However, he did not expect Chen Heng to receive the news when he found Philip Here.

“Oh…” On the holy land of the Hao Hua Sect, Chen Heng felt the news from Philip and smiled. His mood finally fluctuated a little. “Have you finally taken the bait? My acting was not in vain.”

He looked at the scenery in the distance with a smile on his face, while his heart was filled with killing intent. Chen Heng would kill the person who called himself Venerate Ming. This killing intent was not only because of the previous karmic feud but also because of the divine weapon in the other party’s hand.

Chen Heng was clear about the power of the heaven-cleaving sword, a Sky Heavenly Weapon. Even if it had not fully recovered, it was enough to contend with the Saint Child dharma statue that Chen Heng had accumulated for tens of thousands of years and used divine power to activate.

One had to know that back then, Chen Heng’s original body had used the holy son technique in the world of gods to suppress the twilight divine weapon, a true divine weapon.