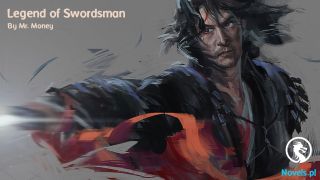 She had only told him the biggest lie, which made her uneasy.

Telling him this one lie was more than enough.

“You do know what you’re like.” Su Shenfan lifted her up and frowned. “Did you put on weight again? Why does it feel like you’re heavier?”

Bu Yaolian said guiltily, “I already said that it’s especially easy for me to put on weight.”

Su Shenfan rubbed her belly, which felt round. “Why didn’t I feel this last night?”

She had gained so much weight in one day?

Bu Yaolian had just eaten the 9,999 Spring Harbingers today, and had made herself a little plumper. Now, her face was a little rounder.

Su Shenfan raised her face and looked at it. Sure enough, she had gained weight again. He touched it. “It feels pretty good.”

Bu Yaolian drew circles on his chest with her finger. “How about… how about I eat less to maintain my figure? If I continue eating, I’ll get fat in a few days.”

Su Shenfan reached into her clothes and felt around. “A little bigger is good. I like it. Put on a few more kilos here.”

“Where are you going? I’m your master. If you run around again, I’ll break your legs.”

How could Su Shenfan let her go?

He pressed her down for a tumble.

Bu Yaolian relaxed. She was a little fatter than a regular beauty, but Shao Zun didn’t seem to mind.

She had to trim down her real body as soon as possible.

She had seen her real body today. Although she had lost some weight, it wasn’t obvious. Her hands were still as fat as buns.

She was exerting so much energy every day; why was she losing weight so slowly?

By the time Bu Yaolian was released from Qinghua Palace, Qian’er and Lu Fenying had already gone back.

“Were there any changes?”

“Yes; she speaks with the arrogance of a little princess. Lu Fenying frowned a few times.”

“That’s it?” Bu Yaolian was a little disappointed. “Then, did she demonstrate her dragon power? Can she kill a cow with one strike?”

Gu Bailu said in amusement, “She did more than that; she overturned the altar and rescued the white dragon.”

“Wow! What a pity I didn’t see that. It’s all Shao Zun’s fault!” Bu Yaolian stomped her foot in regret.

One had to know that she envied Qian’er. Although she had run into a bad man, she had the Dragon Spirit Blood which Bu Yaolian wanted the most. That blood could make her thin.

Now, Qian’er also had the spiritual power which her family had desired for a hundred years.

She was too envious.

“Hurry up and make a baby. Don’t worry about anything else.” Gu Bailu smiled.

Su Shenfan was nice to Bu Yaolian now. If she didn’t seize this chance to get pregnant now, she was afraid that his good feelings would change in the future. Nobody knew how long Su Shenfan would dote on her.

“Help me see if I’m pregnant in the next few days.” Bu Yaolian stretched out her hand. “Every day, I use your method to preserve that thing that can make me pregnant.”

Gu Bailu patted her hand. “I can’t tell. We’ll have to wait until your next period at least.”

“What I’m worried about now is that even if I’m pregnant, my original body isn’t in good shape. I took a look today. Although I lost a little weight, it’s not obvious.”

“How much did you lose?”

Bu Yaolian thought for a moment before she said, “Less than five kilos.”