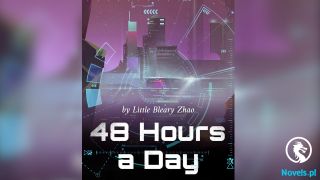 The Shadowless Emperor was not wrong—the Dragon Phoenix True Body could no longer hold on.

Even Night Spirit could only fight against two top Emperors.

Right now, the Blood Emperor, Shadowless Emperor and Hell Witch Emperor released their supreme divine powers and trump cards. The reason why the Dragon Phoenix True Body could last till now was because of his taboo bloodline and his powerful physique that cultivated the Mystic Classic of the Twelve Demon Kings of the Great Wilderness all year round!

After all, the Dragon Phoenix True Body had only comprehended a single supreme divine power.

At that moment, it was extremely difficult for the Dragon Phoenix True Body to defend against the corrosive power of the Endless Blood Sea.

He could not defend against the Phantom Slash released by the Shadowless Emperor at all!

Night Spirit was fighting against the Golden Crow Fire Emperor and Thousand Eye Emperor but he was paying attention to the commotion.

The Thousand Eye Emperor sneered, “It’s not that easy!”

The Heavenly Eye on his glabella opened and released a gray beam of light that enveloped Night Spirit!

Night Spirit turned his head and a dark beam of light gathered in his eyes, prepared to charge towards the Petrification Eye.

It was the Nether Glow Eye!

The Nether Glow Stone that Su Zimo obtained contained the inheritance of that visual technique.

However, for Night Spirit who possessed the bloodline of the Divine Hou, he did not need the Nether Glow Stone at all—the visual technique was in his memories!

The voice of the Hell Witch Emperor sounded.

He had used an Essence Spirit secret skill!

This time round, the Hell Witch Emperor did not attack the Dragon Phoenix True Body—the Essence Spirit secret skill was targeted at Night Spirit!

This time round, the Hell Witch Emperor attacked Night Spirit without any warning.

Furthermore, it was the most treacherous Essence Spirit secret skill!

Suddenly, a dark green storm appeared in Night Spirit’s consciousness and swept towards his Essence Spirit.

The power of the Spirit Slaying Curse would descend directly into one’s consciousness and it was impossible to defend against!

Night Spirit did not dare to be careless and channeled his Essence Spirit secret skill hurriedly to defend.

In his consciousness, a purple-gold light pierced the dark green storm.

Night Spirit’s expression changed as he grunted and swayed.

Although he blocked the Spirit Slaying Curse, his Essence Spirit still suffered some impact.

His Nether Glow Eye dissipated before it was completely formed!

At the same time, the Petrification Eye descended!

Instantly, Night Spirit’s body was covered by a layer of grayish-white rocks!

Not only did his flesh turn into stone, even his bloodline gradually stopped and showed signs of petrification!

Night Spirit’s body trembled as he channeled his blood qi wildly to defend against the power of petrification and endured immense pain!

This was a supreme divine power after all!

It was almost impossible for Night Spirit to withstand it completely!

Raising his head, Night Spirit let out a deep roar of pain!

His throat was almost petrified and his roar became extremely hoarse!

Petrification did not merely mean motionless.

If Night Spirit’s flesh was petrified, his body would be completely destroyed and all his lifeforce would turn into dull rocks!

Even if his Essence Spirit could escape, he would not have a bloodline that could reconstruct his body.

Night Spirit growled once more and channeled some unknown secret skill, causing purple-gold flames to burst forth from his body!

The purple-gold flames began to burn the petrification power in his body.

The Hell Witch Emperor focused his gaze and murmured, “He’s truly going all out. This is a secret skill that burns his lifespan!”

Finally, Night Spirit broke free from the restraints of the Petrification Eye completely.

However, he was clearly much weaker!

That secret skill consumed a large amount of his lifespan!

Night Spirit broke free from the Petrification Eye and wanted to charge towards the Dragon Phoenix True Body without hesitation.

He was not completely out of danger yet but he was still thinking about Su Zimo!

The Golden Crow Fire Emperor had already attacked the moment Night Spirit was trapped by the Petrification Eye.

It was a supreme divine power, Golden Crow Blaze!

After releasing that supreme divine power, the Golden Crow Fire Emperor transformed into a blazing sun that emitted a scorching power that incinerated everything in its path!

Night Spirit had to burn his lifespan to break free from the restraints of the Petrification Eye and was sent flying by the blazing sun before he could defend!

Before he even touched the ground, the scales on his body already fell off consecutively.

Night Spirit’s eyes dimmed as he spat out huge mouthfuls of blood. Without the protection of his scales, his body was burned and cracked!

The moment blood flowed out, it was incinerated by the power of the Golden Crow Blaze!

Before Night Spirit could help the Dragon Phoenix True Body, he was severely injured and was in danger, his life hanging by a thread!

On the other side, Su Zimo was anxious when he saw that as well.

However, even with Three Heads Six Arms and Everlasting Vitality, he could only barely ensure his survival against the nine Emperors of the primordial races—he could not break through the obstruction of the Emperors!

The moment Su Zimo was distracted, the nine Emperors of the primordial races seized the opportunity and released their supreme divine powers one after another, forming torrential attacks that descended!

He did not even know if he could survive such a ferocious attack, let alone help the Dragon Phoenix True Body and Night Spirit!

Su Zimo reared his head and roared into the skies, channeling his blood qi to its limits. A Creation Green Lotus condensed behind him and a resplendent glow spread, illuminating the mountains and rivers!

A series of Heaven Slaying Sword Qi burst forth from Su Zimo’s body!

However, silently, the Heaven Slaying Sword Qi was devoured by the power of the nine supreme divine powers!

The difference was too great!

Although the Heaven Slaying Sword Art was indeed powerful, Su Zimo had only cultivated it to the realm of a greater divine power.

Yet, they were facing nine supreme divine powers!

After devouring the 108,000 Heaven Slaying Sword Qi, the nine supreme divine powers collided against the Bloodline phenomenon, the Creation Green Lotus, with a loud bang!

The void trembled and the weather changed!

After a momentary stalemate, the Creation Green Lotus shattered inch by inch and dissipated into the world!