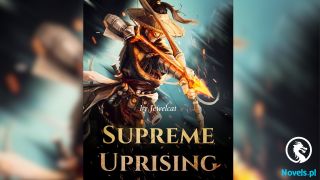 Rudy was about to call Elena, but she called him instead.

He answered the call with a grin on his face, as that would be his first time hearing Elena’s voice after they left for school.

[I have been trying to call you for an hour! Why was your phone unreachable?!]

“I was in the mountains with Rebecca, and then… well, it was probably a network issue. Is everything alright? Where are you right now?”

[After the school ended, I took Jessica and Lilim to my house, and then I remembered about the dress you had ordered at the store in the mall in the next city. I didn’t want to disturb your time with Rebecca, so I thought it would be a good idea to go there and fetch them.

I took Jessica and Elena with me and went to the store, but they were still working on it and said it would take about an hour. I was going to wait there, but Jessica insisted on exploring the mall.

I had nothing else to do, so I agreed, but after a few minutes, they said they wanted to eat ice cream, so I bought them ice cream and went to the park opposite the mall.

I had drunk juice and a lot of water, so I had to go pee, and when I returned, they weren’t there. Not only that, but none of the kids were there. Their parents are also panicking right now, and I don’t know what to do!]

“Okay, okay. Calm down. I will be right there.”

Rudy kept his cool so Rebecca wouldn’t catch on.

“What’s wrong? Is everything okay?” Rebecca asked with a concerned look on her face.

“Yes, don’t worry. Elena and the girls are at the mall to get the dresses. Apparently, they messed up in Elena’s wedding dress, so I have to go and handle the matter,” he said calmly.

“But I want to! You promised you would do anything I say!”

“Rebecca, just wait for me here, okay? I also have a surprise for you, and if you come with me, it will be ruined. If you don’t want that to happen, I suggest you stay here.”

“You are not lying, are you?” Rebecca asked with a judging look on her face.

“I really do have a surprise for you.”

Rudy left the house and soared into the sky. He once again felt itchy hands, so he looked at it and saw his finger explode.

He restored his body and immediately teleported to the park without worrying about being seen by anyone else. He had his priority straight.

He searched for Elena and found her asking other people about Jessica and Lilim.

“Is everything okay?” Rudy asked her.

“Rudy!” Elena hugged Rudy and burst into tears which she had been holding. “Jessica and Lilim… they…”

“It’s okay. Tell me what happened.”

“I have no idea. I left them on the bench, and when I returned, they weren’t there. I thought they were playing with the other girls, but some parents came to me and asked if I knew where their kids went. They… they were…”

Rudy bought a water bottle for Elena and said, “Here. Drink it and calm down. I will be right back.”

Rudy asked around to the parents, but they all said the same thing as Elena.

“We just took our eyes off them for a second, and they all disappeared!” they said.

“Did they leave anything behind? Or something they were carrying with them?”

‘There aren’t any cameras around. Obviously, there wouldn’t be any.’

“Why did you take your eyes off them?” Rudy asked.

“Excuse me?” one of the parents said. “What do you mean? Why are you asking such questions?”

“Did something happen that made your people look away from the kids?”

“Yes… actually…” One lady pointed her finger at the street and said, “There was a minor accident. And almost everyone from the park went to look.”

“Oh yes. It made a loud sound as if the lightning had fallen from the sky.”

“What was the accident?” Rudy asked impatiently.

“A guy with a bicycle hit a car, and the driver started fighting with him even though it was the driver’s fault for driving the car on the pavement.”

‘That accident was most likely caused on purpose to grab everyone’s attention and kidnap the kids. But why the fuck would someone do that?’

“Can you… guess how many kids were there?”

The parents talked with each other and counted their kids.

‘I wenty-three?!’ Rudy exclaimed inwardly. ‘Someone kidnapped twenty-three kids in broad daylight? What the fuck?!’

Elena rushed to Rudy and asked, “Did you find them?”

“Don’t worry. I have marked Lilim so I can track her location. You need to relax.”

“How am I supposed to relax?! What if something happened to them?!” Elena panicked even more.

“Nothing will happen. Lilim is already strong enough to defeat one hundred humans at once. And do you think it’s easy for me to stay calm? Freaking out and panicking won’t do anything, alright?”

“I am sorry… I am just so scared… if something happened to them while I was in charge of them… I would never be able to…” she sniffed.

“Hey… look at me…” Rudy looked into Elena’s eyes and said, “Why don’t you go to the mall and fetch the clothes? It has been exactly twenty hours, so the clothes should be ready.

And while you are at it, you should wear your dress and check if it fits you perfectly. And one more thing, yesterday I saw a cake shop in the mall on the way to the tailor shop. Order a large chocolate cake for Rebecca’s birthday with her name written. She will be thrilled.”

Rudy’s eyes sparkled lightning as he said, “I will bring the girls back in less than a minute.”

He disappeared after saying, “Oh, there. I already found Lilim.”