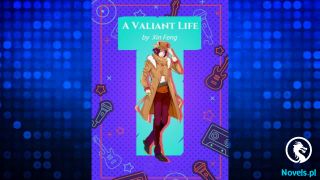 Regardless of the era and parties, this difference in status was insurmountable. Such a pair had no chance of staying together.

Thus, the genius of Sea Emperor broke off the engagement and gained freedom again. The girl became furious as a result and ran away from home in order to seek a master for cultivation.

Unfortunately, she gained nothing and became a middle-aged woman in no time at all. This still wasn’t enough to deter her and she insisted on walking down this path.

Eventually, her tenacity and perseverance were rewarded once she came across the Abyss Sword Dao and the Abyss Heavenly Sword. These two things made her unstoppable.

By this point, her ex-fiance was now the ruler of Sea Emperor. She returned to the kingdom and defeated him, forcing him to abdicate and taking his spot.

Later on, she became a dao lord, the third of Sea Emperor. Her contribution made the sect the only one in the continent with two heavenly grand dao - an unshakable foundation.

Her influence remained to the present day. It wouldn’t be an exaggeration to say that her status there was not inferior to Sword Sea Dao Lord. She was rather popular to outsiders as well due to her interesting origin and rise.

Nonetheless, one thing of note was that no one knew how and where she obtained the Abyss Sword Dao and the actual sword. She never told the descendants before.

Legend has it that during her hopeless dao search, she took the risk of entering the Sword Burial Zone. She barely survived and eventually found the sword and its dao.

Of course, this was only an unverified rumor since the dao lord never talked about this issue.

All in all, Sea Emperor became dominant the moment it had access to two sword dao. Just the arts alone were incredible. The consensus was that a heavenly sword dao was stronger than a dao lord sword dao.

All geniuses coveted any of the nine since it would virtually guarantee a bright future. They would definitely become lords later on.

Several behemoths in Sword Continent had these heavenly dao. Alas, very few of its members were qualified to study them.

“Who’s gonna stop a heavenly dao? He’s number one, no question about it.” Another said.

Though there was no ranking determined by battle, most believed that the first spot belonged to either Abyss Scion or Goldflow Young Noble.

The supporters of the scion always repeated their belief of the Abyss Sword Dao being stronger than the Nine-sun Sword Dao. Moreover, they stated that Goldflow Young Noble’s social prowess played a large factor in his ranking, not his actual power.

A bit later, the crowd began looking at the old men behind the scion. They all wore simple robes and hid their auras.

Nonetheless, the big shots still recognized them. These were influential characters from the capital of Sea Emperor - protectors and elders.

“I don’t think the scion is here just to watch.” One expert said.

“Yes, this might be a scouting mission to see how strong Ninth is for their king.” Another said.

Others agreed with this because Peace Ocean Sword King might be a target eventually. The scion’s group might be here to observe Ninth’s sword arts and gauge his power in preparation for the future battle.

The scion came over and greeted Goldflow Young Noble and Snowcloud Princess. This level of formality and courtesy was necessary since they were in the same group.

Many paid attention to their expression, especially when he spoke to Goldflow Young Noble. They thought that a fierce competition between these two was inevitable. Unfortunately, they were disappointed because there was no sign of rivalry and animosity at all. Both remained polite and friendly.

“Clank!” A sword flash suddenly manifested and made everyone tremble. Their own swords became uncommunicative in this split second.

Once the flash disappeared, a middle-aged man appeared before everyone. He had an impressive stature, standing straight and proud just like an uncrossable mountain.

Brows shaped like swords and eyes as bright as the stars - he must have been a popular man during his youth. A unique symbol was embedded on his forehead, looking like a pair of flashing wings.

“Terra Sword Saint.” A sect master bowed and greeted him.

His title struck the crowd thunderously.

“The leader of the Six Sect Masters! One of the two saints…” Someone took a deep breath.

Thus, the majority bowed to greet him regardless of whether they knew him or not.

He bowed back in response.

He was the lord of Sword Temple and a member of the previous generation. Currently, the Six Sect Masters and Six Kings wielded great authority and influence in Sword Continent.

He was also part of another group - the two saints of Sword Continent, the other being Nine-sun Sword Saint who was the lord of Virtuous School.

The top existences in the continent were naturally the Five Overlords. However, they rarely showed themselves and rumor has it that one or two had died already.

The next big shots were top ancestors such as Hallowed City Lord, Nightloom of Cloud Dream Lake… These characters were just as reclusive as the first group.

As for the Six Sect Masters and the Six Kings, they were in public more often since they had an active role in administration.

Being the lord of Sword Temple certainly propelled Terra Sword Saint’s status. Of course, he was extremely powerful as well.