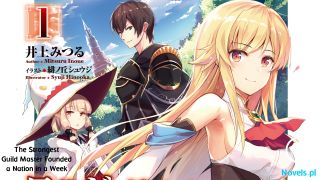 Although Jiang Chen just saw the side-face of the person, the figure left an unforgettable impression in his memory. He had never expected the Ling Ming Stone Monkey that was imprisoned by the Second City Lord to actually be Dragon Shisan. He was his dearest brother.

At the moment, Jiang Chen was boiling with rage and his face was overcast with sadness. So that was why there was always a person who appeared in his dream every time he entered the Heavenly Dragon Prison to cultivate. He never expected the person whose shoulder blade’s were locked to be Dragon Shisan!

Jiang Chen never thought that miserable back was Dragon Shisan and the painful moans were his real situation. He finally realized why he was suffering unbearable heartaches. The person who was writhing in the torment of hell on the seventeenth floor of the Heavenly Dragon Prison was his brother, Dragon Shisan.

Jiang Chen recalled all the scenes of his brothers who fought together with him. He did not think he would meet Dragon Shisan at this moment. Jiang Chen was in a towering rage as he just found out that the Second City Lord was up to something. The Second Lord caught Dragon Shisan and tried to make Dragon Shisan surrender. This was despicable and miserable.

Jiang Chen looked ghastly pale with anger. This was the first time he lost his temper, it was because of Dragon Shisan. How could he remain calm when his dearest brother was living in misery? They used to share weal and woe, and life and death together, but there was nothing he could do about the situation at the moment. He did not intend to act cold and impassive, but it would be difficult for him to do something for Dragon Shisan right now.

Jiang Chen took a deep breath. At this moment, he even thought of risking everything and just enter the seventeenth floor recklessly. But Jiang Chen refrained from doing so eventually. His senses prevailed over his impulse in the end. He would only face death if he rushed into the Seventeenth floor impulsively. He was not afraid of death but he was not willing to die in vain. His sacrifice would be meaningless if he could not save Dragon Shisan.

Jiang Chen thoroughly disliked the Second City Lord and he did not feel the sense of belonging to Profound Connection Divine Palace anymore. At the moment, he was determined to save Dragon Shisan as soon as possible. However, he knew that his current strength would not be able to save Shisan. So it would be better to use strategy than to attack by force. Otherwise, he would only consign himself to perdition.

Jiang Chen felt bitter and cold. His face looked gloomy when he saw Dragon Shisan living in an abyss of misery and oppression. Jiang Chen and Dragon Shisan had treated each other as brothers so it was impossible for him to not think about this. He swore to fight to the death with the Second City Lord and Profound Connection Divine Palace, even if he would risk his life.

“Oh, Second City Lord, I swear to tear you into pieces and reduce you to ashes one day.”

Jiang Chen exclaimed mentally. He knew that he could only wait but he was in the agony of impatience at the same time. He could hardly focus on cultivating when Dragon Shisan was suffering from great torment and oppression in the Heavenly Dragon Prison. However, he realized that impulse and emotion could not fix anything. The Second City Lord was trying to make Dragon Shisan surrender but Jiang Chen was sure that Shisan would never submit to him. Dragon Shisan’s pride and will was still unbeatable after all.

Jiang Chen could feel the pain that Dragon Shisan was suffering throughout these years. He looked cold and his eyes were filled with killing intent. For the suffering they had experienced, he was determined to make the Second Palace Lord pay double in the future.

Jiang Chen kept thinking of a way to break the barriers and enter the seventeenth floor silently. Even though he could break it by force, he would never be able to get through those two Hierarch Realm experts. Besides that, the experts of Profound Connection Divine Palace would definitely come in droves once he broke the barrier of the Heavenly Dragon Prison. There might be more than twenty Hierarch Realm experts.

Even if he tried to flee from the Profound Connection Divine Palace, he would not be able to get rid of them with his strength at that moment.

Jiang Chen was desperate to find a solution. He knew well that he was not strong enough to defeat them at the moment, but there would be a chance if he could refine the Nine Supreme Saint Bones Pill and transform all the one hundred and eight Heavenly Divine Tools into Origin Divine Tools.

Even so, he might not be able to retreat safely.

He knew that it would be the only opportunity.

“Hold on, Monkey. I will be back, please wait for me.”

Jiang Chen clenched his teeth. He turned and walked away with a heavy heart. He wished to save Dragon Shisan but couldn’t do so. Risking his life and getting killed was definitely a foolish act, he would end up being unable to save Dragon Shisan. Instead, he had to make sure that they could retreat safely before he struck out.

“You said nothing for one whole day. What happened to you, Little Chen?”

Yan Qingcheng’s face turned slightly pale. She knew well that Jiang Chen would not act like this for no reason, he seemed to have something on his mind.

“Do you mean Dragon Shisan? Where is he now?”

“I saw him suffering from torture, he looked so miserable and in pain. He is staying in the Profound Connection Divine Palace, but there is nothing I can do for him.”

Jiang Chen clenched his fists and his fingernails sank into his flesh. Yan Qingcheng hugged Jiang Chen tightly from behind, she finally found out the reason why Jiang Chen suddenly fell silent. Jiang Chen and Dragon Shisan were best friends that shared the same fate, and swore to live and die together. But she would never compare herself and his brothers as she could understand the man she loved.

At that moment, Jiang Chen fell silent again. Even though he did not say anything, he was suffering great pressure, and blaming himself. Yan Qingcheng felt the same way as Jiang Chen did. It was the first time Yan Qingcheng saw the loneliness and helplessness in his eyes. It seemed like Jiang Chen could feel the pain and suffering his brother was feeling, he was completely constrained and could hardly move forward.

“It is not your fault. Perhaps you can’t do anything about it now but you are still the best for me. You’re brave and I am proud of you. Dragon Shisan will never blame you. So please pull yourself together because I can’t live without you, even Dragon Shisan will feel the same way too.”

Yan Qingcheng was trying to soothe the pain in Jiang Chen’s heart and bring him some relief. However, he still suffered from guilt.

“From now on, I am going to seclude myself and cultivate on the seventeenth floor of the Heavenly Dragon Prison. Please don’t interrupt me unless Master Qian Renji looks for me.”

Jiang Chen got up slowly, and slightly narrowed his eyes. Jiang Chen was feeling a great pain in his heart and he was determined to refine the one hundred and eight Origin Divine Tools as soon as possible. Or else, he would never get a chance to defeat those Hierarch Realm experts, not to mention the Second City Lord who was a Half-step Divine Emperor Realm expert.

Jiang Chen gave a hasty glance at the sky and heaved a deep breath. He realized that he was awfully weak and still powerless.