The beast was born from the magma and lived in the magma. It was at the Heavenly God Realm and those below it stood no chance against.

“I fear Jiang Chen may face an unfortunate end. We managed to run away but they’re trapped with the beast.”

“Yes. That beast is too strong. I never want to see it again. We don’t have what it takes to face a Heavenly God.”

“Agreed. I think Jiang Chen, Brother Liu and Brother Zhang may not come back.”

“It’s impossible for us to face a Heavenly God. Same goes to that Peak Late True God old monkey! Even more so with our current condition. We need to get out of here as soon as possible. Otherwise, we’ll be meeting lady death the moment the magma beast comes for us.”

Everyone felt relieved after going through a dangerous situation and gasped for breath with a terrible expression. They finally got out from that terrible place. This Qi Lin Mountain was too scary.

“Can’t you all stop talking for once? Do you not know who are the ones that save all our asses? Talking some bullsh*t right now. I am ashamed of all of you.” Jiang Hao shouted with a gloomy expression.

“Bunch of shameless fools.” Man Shuai was standing on Jiang Hao’s side.

Because if it weren’t for Jiang Chen driving him away, he would’ve stood with Jiang Chen and fought towards the end but these fellas only thought of running away.

“Hehe. Easy for you to say. Big talk coming from you guys. We obviously want to stay back and help them. But what do you think we can do if we stayed back? We’re just fodders, fodders that will die without being able to contribute anything. Why not we get away from there and we’ll be able to at least protect some hope from our four great sects.” The people of the Heavenly Star Sect said as he looked at Jiang Hao and Man Shuai with disdain.

“We’re not some suicide squad that will seek our own death. Wouldn’t we disappoint Jiang Chen and the others if we don’t live on? Brother Zhang and Brother Liu are true heroes. We feel proud of their deaths. Brother Jiang Chen is also a prodigy in our generation. We shall remember them forever. But now we must leave here first. Otherwise, when that magma beast comes for us, death only awaits us.”

“Agreed. Let’s quickly run away now. We will not stop you two if the both of you want to die here. Hehe. Then this is where we shall part ways.”

The ten of them grouped up and left, swiftly leaving the mountain. Because they fear that the magma beast will pursue them and that will be a terrible fate.

Jiang Hao and Man Shuai looked at each other with eyes filled with bitterness. Their words weren’t unreasonable. But the situation of Jiang Chen and the other two was unknown. It would be heartless of them to just leave. Is that what a human should do?

“They are right. To continue living, for the sake of oneself, one would even resort to cannibalism. But some things are much more important than just living.”

Jiang Hao looked at Man Shuai with his lips curved.

“Even though we do not have that so-called greater good, we still cannot die a meaningless death. To live for countless decades, we must at least leave something behind. To live without a dream, it’s the same as being a walking-corpse.”

“If Jiang Chen really died, I fear we will not be able to proceed further in this Hidden Secret Realm.” Jiang Hao sighed. His current strength was only in the Early True God realm after he had lost an arm. He’ll certainly not live through if they were to face any danger now.

The magma beast took a step forward and shook the mountain, causing the magma to spew out from the mountain like it was raining. Jiang Chen just stood proudly while the magma hit his body. No burns could be seen on his body.

The Fire Qilin also wasn’t planning to lose out. He and the magma beast continued to clash against one another. Terrifying flames were being generated throughout the battlefield and the temperature kept on rising. Zhang Lei and Liu Quanchao could only do their best to protect themselves, it would be hard for them to assist in the battle.

The clash between the beast and the Fire Qilin was exceptionally intense. The Fire Qilin was extremely pressured as the weaker one, and could only passively defend against the attacks from the enemy. Even so, he did not appear to be losing. After all, he was an ancient beast, peerless, unmatched, one that was equal to the true dragons. Legends have it that Qilin was the king of the beasts, much more powerful than the Azure Dragon, White Tiger, Vermillion and Xuanwu (the turtle). But that was the golden Qilin. The four elements Qilin was on the same level as the divine beasts.

“Jiang Chen, why are you not attacking now? What are you waiting for?” Fire Qilin shouted.

“Alright!” Jiang Chen said as he swiftly attacked with the Heavenly Dragon Sword in his hand.

He struck upon the beast and flame spew out from where the hit landed. The heatwave spread upon Jiang Chen but he was unfazed by it. Because he was protected by the Five Elemental True Fire.

“Good lad, not even the magma could do anything to you. Looks like I have looked down upon you. Your soul must be worth a hundred more times than the others. ” Old Macaque said with a pale smile.

The magma beast roared at Jiang Chen, proclaiming its dominance towards its opponent. 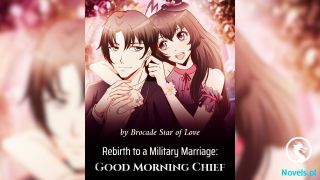