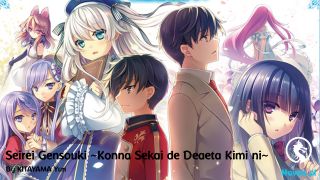 The public no longer paid attention to it. Jiang Tingxu, of course, heaved a sigh of relief. Then, she logged out of Weibo, put her phone on the table, and stood up.

Suddenly, a crisp “bang” came from the kitchen.

When she reached the door, she saw that a bowl had been broken into several pieces on the floor.

Then, she looked at the man who was standing by the side of the spill with a dumbfounded expression and she immediately understood the situation.

“It’s too slippery. I didn’t hold it properly. Don’t come over. I’ll clean up after I am done washing that bowl.”

Jiang Tingxu wanted to say, “Don’t wash it anymore.” But before she could finish her words, the man had already turned around.

This time, he held the bowl tightly.

However, he couldn’t hold it steady for more than three seconds before it fell on the floor again.

How could it be so slippery?

This was the only thought in the man’s mind at this moment.

Jiang Tingxu’s lips twitched before she said, “There are only a few bowls at home. Remember to buy them when you have time. Otherwise, you can just use the basin to eat!”

At this moment, Mo Boyuan could only nod his head obediently.

Jiang Tingxu did not dare to let this Young Master do the dishes again.

The man strode out with his long legs. Jiang Tingxu took a broom from the side and cleaned up the broken ceramic pieces on the floor with a few swooshing sounds.

“Mo Boyuan, don’t go into the kitchen in the future.”

When had the dignified Crown Prince suffered such a blow?

However, it seemed like he couldn’t be refuted at all.

“It was too slippery. I can’t hold it steady no matter how I hold it,” he explained.

The corners of Jiang Tingxu’s mouth twitched a few times. How could he not see the foam in the sink?

This man only washed two bowls. Who knew how much detergent he poured.

Jiang Tingxu finished cleaning up the kitchen. When she went out, a certain man followed behind her eagerly.

Fortunately, he didn’t follow her for long before the man’s phone rang.

Jiang Tingxu turned her head to take a look. The man shrugged helplessly.

“Honey, I have to go and meet the director.”

When she heard the man take the initiative to report, Jiang Tingxu was startled.

Why did he tell her this?

She didn’t want to know either!

The man walked in front of the woman and stole a kiss. Then, he smiled happily.

Jiang Tingxu was so angry that the corners of her mouth curled up. She wasn’t really angry, but… she was shy.

“Hurry up and leave, you stinky hooligan!”

What else could he be if not a stinky hooligan?

“Is that so? Since my wife has already called me a scoundrel, shouldn’t I prove this crime? Otherwise, how unjust would it be?”

“Hurry up and leave!”

They were already an old married couple, how could they not understand the meaning of these words?

It was only after Mo Boyuan left that Jiang Tingxu slapped her own face.

Seeing that it was almost 4:30 pm, there was really nothing to do at home, so she changed her clothes and left.

She took a taxi to the gate of a courtyard in Yun City. After getting out of the car, she was stopped after taking a few steps.

When she saw who was stopping her, Jiang Tingxu frowned.

Lu Yunhua looked around and said sternly, “Come with me.”

“Madam Jun, if you have something important to say, just say it. I have to go back to work. I’m very busy.”

So, I really don’t have the time to waste on you!

The meaning behind the words was exceptionally obvious, and Madam Jun naturally understood it.