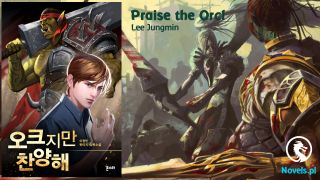 It may sound simple, but when being carried out, it was far from simple.

As for the other “dead holes” that had no blood passing through them, they had to cause the heart to stop beating temporarily before they could seal them up.

The extracorporeal circulation machine was what people often called an artificial heart or an artificial lung. It can replace the beating of the human heart and the work of the lungs during the operation.

The operation was in full swing, and time slowly passed.

The entire operation was already halfway through, and it took nearly three hours.

Outside the operating theater, the family members were waiting anxiously.

However, no matter how anxious they were, it was useless. They could not see what was happening inside, much less hear a sound.

It was not just the anxiety on the operating theater’s end. The other people who had received the news could hardly calm down either.

In the Research Office of Peking University’s Department of Medicine, a few professors were sitting together. They looked more anxious and excited than the others.

It was late at night here!

Normally, the old professors would have already gone to bed, but tonight, they didn’t feel sleepy at all.

One of the professors gulped down two cups of cold tea in succession, but he didn’t manage to calm himself down.

“How’s the surgery going?” he asked.

“There’s still no news from the Jiang girl. She should still be in surgery.”

“Well, how much longer do we have to wait?”

“We still want to know!”

Who the fuck did not want to know?

There was nothing else they could do other than wait.

“It’s successfully blocked!” The assistant’s tone was filled with excitement.

All the holes had been successfully blocked, so how could they not be excited?

“Yes, you can start closing the atrium incision. Give me a 5/0 slip line.”

“Open up the superior and inferior vena cava.”

“Open up the aorta blocking forceps.”

Everyone was very careful with their movements, and now, they were holding their breaths, waiting for the patient to recover her heartbeat on her own.

However, after waiting for a while, they did not receive the expected heartbeat.

The monitor at the side started to sound.

“The repulse is successful!”

However, this was not the time for everyone to relax. Jiang Tingxu had been paying attention to the patient’s condition. Once all the test results were normal, she said, “The extracorporeal circulation machine can be switched off now!”

After the tube was pulled out, the purse-string was tied. Fortunately, there was no need to suture it again.

“Drip the central vein. Use protamine to neutralize heparin at the root of the aorta.”

The nurse received the order and immediately began to act.

The aorta intubation was pulled out and the purse-string was tied. Then, it was implanted into the chest and the pericardial mediastinal drainage tube.

“Check through the items lightly.”

The nurse began to count all the items, including the gauze that had turned into a puddle of blood.

“The quantity is correct.”