“Brother Xiao, aren’t you going to help? This should be the strongest wave of attack from the Glory Guild. Whether the Midsummer can resist it or not depends on this wave of attack.”

Qian Duoduo also found the difference in this attack. Because the players of Glory Guild all stopped for a while. And they were waiting to gather on the Vast Plain. It’s obviously that this was a wave of general attack.

Xiao Feng looked at Liu Qiangwei who stood on the top of the city wall and then said in a low voice. The help Xiao Feng said did not mean that Xiao Feng would fight with the Glory. He just needed to add buff on the players of the Midsummer Guild who was in the sight of his eyes, and then the Glory would collapse naturally. Xiao Feng’s buff effect was too horrible. To use an image metaphor, if players from two guilds were in a hand to hand combat first, and then one of them got Xiao Feng’s buff, that’s means all players in this guild would become armored warriors. The improvement and suppression of combat power would be reversed.

But Xiao Feng thought he did not need to help the Midsummer, because he found that he looked down on Liu Qiangwei.

The figure of the white dress floated on the top of the city wall like a fairy. She had become the spiritual pillar of the players in the Midsummer Guild when she just stood there. And she was the source of continuous fighting for several hours without compromising.

In front of Liu Qiangwei, millions of players in Midsummer Guild frequently dispatched and they shouted loudly. Liu Qiangwei just looked at all this quietly. She was just like the queen, but her temperament was just like a fairy in the sky.

With the sound of shouting, the players of the Glory Guild came like the tide, and the general attack has begun.

It was another two-hour continuous attack. Except that the defense line of the Midsummer Guild retreated a little when the core members of the Glory Guild just joined in, then the Midsummer continued to maintain the combat power like first six hours. They fought against the attack of the Glory Guild squarely, and never retreated. It seemed that their subsequent combat power was endless!

“Um… The combat power of the Midsummer was so incredible!”

“Is the accumulation of the Midsummer so deep?”

“The Midsummer Guild wants to dominate in the game world. We always think that the Midsummer was high-profile in doing thing. But the truth was that it has enough strength and money!”

“Suppress? What kind of suppression can we take? Now the war situation is very obvious. Even the Glory can’t suppress them squarely. Unless the Dynasty fight with the Midsummer, but the Dynasty is in the north, how can they be enemy when there was no conflict of interest happened between them?”

“Unless a few guilds unite to suppress the Midsummer. But after the strength that the Midsummer showed today is spread, who dares to take the risk of being the enemy of the Midsummer.”

“It seemed that we need to reexamine the relationship with the Midsummer, and the position of overlord in the south should change in the future.”

Countless guilds in Huaxia District had been watching the war from afar, at the beginning, they were shocked, but now they were all dignified.

The combat power of the Midsummer Guild showed in the war made each of them unable to watch for fun.

In the game world, the combat power was strength, fist and right of speech!

There was no doubt that the combat power of the Midsummer Guild showed in the war was enough to prove to the whole Huaxia District that the Midsummer had the power to dominate in the game world!

Therefore, the players of various guilds at present were dignified. They reported the news to the president and top level people in the guild who were not at present. It could be expected that the rise of the Midsummer Guild was irresistible.

“There are four hours left. It seemed that the Glory is weak. They can’t beat the Midsummer. We don’t need to watch it.”

“That’s right. The Glory is really to suffer a setback this time. It’s really gone for wool and came home shorn. It declared war to the Midsummer, but the Midsummer hit them an unprepared.”

All players who were watching the war had seen the results of the war. At the end of the Glory Guild, people from the top in the Glory Guild and players led by Brother Nine of Glory were all looked awful and pale.

“Why! Who can tell me why! We are the Glory! Can’t we even beat the Midsummer?” Brother Nine of Glory’s face was gloomy. He scanned all around, but people who were watched by him all lowered their head appallingly. Nobody dared to speak.

As the prince of the Qinglong Gang, no one would quest that what he will do under the fury.

“The combat power of the Midsummer is really strong, as if they never affected by death penalty at all. No one had left the battlefield because of dropping ranks and equipment. Moreover, their regeneration speed is also a little abnormal, as if they had priests to help them return blood.”

A plain voice sounded with some doubts behind Brother Nine of Glory.

This was a paladin player, and the equipment on his body was very dazzling. The role name showed on his head was Therapeutical Paladin! One of the top ten masters in the celebrity list of Huaxia District!

“There is something wrong with the war. Generally speaking, even the guild members of the Dynasty will not fight again after dying several times in the battlefield. This is not because their sense of belonging and honor is not enough, and this is also not because they did not want to fight after falling ranks, but because they had lost their combat ability. Because their equipment is exploded, and they can’t do anything even if they want to continue to fight. Unless there was an unlimited supply of equipment from the guild warehouse.”

Therapeutical Paladin looked at the took-shape wall of the Midsummer Guild, and then said with hesitation, “Does the Midsummer really have this kind of accumulation? Can they provide millions of players in such a combat with equipment and consumables?”

“Hum! No matter how deep accumulation it is! Today I’m going to beat it to the bottom! Haven’t the Doomsday League come yet?” Brother Nine of Glory hummed and then said. This was his biggest backhand-the Doomsday League!

“They have arrived already!”

A person from the top of the guild relieved when he saw the crowd in the rear.

“Brother Nine, it seemed that the war is not going well.”

A group of players with the prefix of Doomsday walked toward to the people from the top in the Glory Guild. The leader was the president of the Doomsday League-Doomsday God. Behind him, a large group of members in the Doomsday League were well-prepared for the war.

Doomsday League had got some problems with the Midsummer, but it’s not enough to make war. The true reason why Doomsday League participated in the Guild War was benefit.

The birthplace of both Doomsday League and the Midsummer were in Tianlong City. But Doomsday League had been frustrated in Xiao Feng’s hands one after another. For example, whether a group of high-level people in their guild were put in prison before, thus leading to such a large guild without a leader, or they made a live broadcast to kill Xiao Feng later, but finally instead of Xiao Feng but themselves were killed, thus making the reputation of Doomsday League reduced to freezing point.

Tianlong City had a tendency to become the center of the main city. Any guilds were unwilling to let this site off. Other guilds were OK. They all had their own site. What’s more, the encampment of the Midsummer Guild was built too quickly, so after weighing some interests, they basically chose to give up.

Moreover, the Glory Guild was the guild of the Elf, and it would not develop in the main city of the Terran. Therefore, Doomsday God was more assured that there would be no worries about the future, and there wouldn’t have a situation of driving wolves but luring tigers. Thus Doomsday God brought the members of the guild here.

“Cut the crap. There are four hours left in the Guild War. You should mobilize your payers hurriedly. The rubbish of the Wolf Gang has been beaten back. The attack in that direction will be handed to you.” Brother Nine of Glory obviously have no intention to chat with Doomsday God, and then he said directly.

The Wolf Gang was just a small guild with tens of thousands of players. It would be a huge monster for ordinary players or small guilds. But it’s not strong enough in front of the Midsummer. The Wolf Gang didn’t persist for several hours, and then they were beaten and dared not to appear again.

“No problem, the Midsummer Guild is absolutely impossible to resist the joint strength of the Doomsday League and the Glory.”

Doomsday God didn’t delay the time. He also couldn’t wait to destroy the encampment of the Midsummer Guild. So he rushed to the battlefield immediately with the huge number of players behind him.

“Wait! There are changes!”

At the same time, at the moment of the emergence of Doomsday League, those who originally thought the result of the war had been determined found this situation.

“It’s Doomsday League! How can they stay with the Glory?”

“The Glory found a succor to fight with the Midsummer!”

“It’s all over. The Midsummer is really over. Although the Doomsday League has suffered several setbacks in the hands of Master Healer, its members are about 700,000 or 800,000 at least, and it’s a new force in a complete state. The Midsummer can’t resist any more.”

“It seemed that the Glory is willing to fight hard for the sake of its hegemonic position. The Glory even has pulled its allies out.”

“I guess this’s the backhand of the Glory. Maybe they didn’t expect that the Midsummer was so difficult to beat, so they had to use their backhand- Doomsday League.”

“The Midsummer is over, but they are beaten by the joint strength of the two guilds, and that’s something to be proud of.” 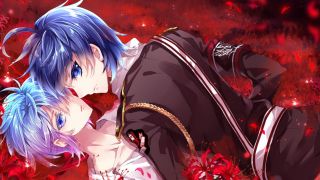