Flowing within the narrow Spiritual River, each time Jia Mingluo breathed, he would swallow and pull at the huge amount of Spiritual Energy around.

His broken limbs already showed signs of recovering. The broken bat wings behind him stretched out once more.

This was the natural regeneration ability of the Night Demon race. He knew it was time to heal and in just tens of breaths, his outer injuries would be all healed up.

This place was not far away from the World River. In just ten minutes, he could reach there. Although he was taking a gamble entering the Cloud World, he still left some people in the World River.

A full 100,000 troops and tens of Grade-9 Experts were guarding the remnant pieces of the ancient wood giant ship.

As long as he reached there, Zong Shou couldn’t do anything to him! At least he would be able to escape safely…

However, just as joy entered his eyes, he sensed a silver light split through the air.

In that instant, he already recognized what it was.

Jia Mingluo’s eyes were filled with shock and fear. He recalled that indiscernible and changing flying knife from when they first fought.

He couldn’t dodge it even when he was full strength, much less now?

He changed directions a few times and as expected the knife still followed him like it was his shadow.

Although there were huge layers of Red Star God Lightning behind him, they couldn’t block it at all.

The sharp knife intent split the heavy lightning. Following this, the knife sped up once more and pierced his stomach.

Blood light spurted as he roared out in hatred and fear.

He didn’t care about the pain, a ball of blood sprayed out from the wound. Even some recovered areas started to tear apart. Threads of strong energy flowed within him.

It caused his movement speed to instantly double!

However, the sense of danger still got closer and closer. He could sense a chilling killing intent locking down on him, he was unable to ditch it and break away.

The speed wasn’t fast nor slow, it wasn’t anxious but it just kept following behind him.

“If I were you I would escape now, best if you leave the Cloud World to somewhere I can’t find you…”

However, was there any place where Zong Shou couldn’t find him nearby?

Thinking back to the million race members who died under Seven Cloud Mountain, his heart was bleeding.

In just 200 breaths he would enter the World River. However, at this moment it was too far away in his eyes.

Another silver light split through the air and chased him. Just as he tried to dodge, a sharp intent blocked him. A flying claw chain broke through layers of space and grabbed him.

Was it Zong Shou?

Following this, he felt that it wasn’t. Although he was strong, he wasn’t as domineering as Zong Shou.

The moment such a thought flashed, his body was already captured by the flying claw.

A cold True Qi entered his limbs and veins such that he couldn’t move or struggle.

Only now did he see clearly the face of the person who captured him.

He was slightly startled. It was actually a woman…

Each time they flapped, they used huge amounts of power to rip open space, to get closer to Jia Mingluo.

He kept a decent pace and ensured that he had enough True Qi to prepare for the unexpected while also not allowing him to escape.

However, once the second Cloud Flame Flying Knife shot out, Zong Shou was shocked.

Six God Flying Knife, never thrown for nothing, if one didn’t die, one would be heavily injured!

It was no exception. He could feel that the knife did hurt him.

However, why did he suddenly stop? Did he give up on running?

With his personality, he was as determined as Zong Shou and most probably wouldn’t do that.

Many thoughts but no answers. Zong Shou shook his head and the black wings flapped once more, appearing in the space where Jia Mingluo’s aura was.

Following this, Zong Shou’s brow rose as he looked opposite him.

A person stood in the air holding a chain, on the end of it was a claw who captured a person, Jia Mingluo.

It was an eighteen year old girl, her body was exquisite and beautiful, clear eyes and white teeth, jade skin and nice muscles, a real beauty. She wore normal clothing, her aura was ice cold, her brows retained an icy intent that couldn’t be melted.

She was curiously looking over at him.

Zong Shou’s pupils constricted. He only felt his breathing stop, his heart trembling.

The person practicing the sword on that mountain, something he couldn’t forget, the one he dreamt and thought about. Today, she had suddenly appeared in front of him.

So there was really such a person in this era…

Speaking of which, this woman was suppressing evil and monsters who came from the outer region. How would she not come over for such a huge matter like the Night Demon army descending?

Maybe she had been looking on from the side and waiting for a chance.

His heart jumped. However, following this, he thought about Xuanyuan Yiren. His pumping heart turned cold once more.

Since he already had someone he loved, then he shouldn’t crave for others…

This was someone he had a crush on in the last life. Since he had a second chance he wouldn’t regret it.

Thinking about Yiren, his chest felt warm. That sense of loss and despair was reduced by half.

His eyes fell on her feet. Above them there were silver chains which pierced through bone and flesh, tightly locking her jade limbs.

This woman had numerous restrictions on her. Each moment, she was suffering from endless pain and suffering.

Such pain was on the same level as the torture he felt from the dual meridians conflicting, enough to make one go crazy.

Even if they had no fate with one another, just because of the last life, he had to do something for her. He wouldn’t want her to be restricted on Sheng Mountain for the rest of her life.

However, now wasn’t the time.

He impassively looked at Jia Mingluo. Although he lost his resistance, he wasn’t dead yet.

His eyes flashed as he looked at the normally dressed teen.

The girl was startled like she was surprised that Zong Shou would know her name.

She nodded slightly and then shook her head. She was called Leng Daiyu but she wasn’t Fairy Leng.

Zong Shou smiled, the black wings behind him spread once more.

“Jia Mingluo is my nemesis, can you hand him over to me? If so, I would be really grateful!”

She frowned, carrying him to retreat by a step, a wary expression appeared on her face.

She felt that it wasn’t appropriate, after all, she snatched the food out of his mouth. She explained, “I need him for something!”

In just a few words, Zong Shou understood. Jia Mingluo was probably helpful to her in some way…

However, this Prince knew too much. He definitely couldn’t allow him to leave the Cloud World alive.

He also knew that she didn’t control her fate. There wasn’t much use discussing and being nice to her.

Then he could only fight, forcefully killing him under her protection.

He mocked himself. To think this person whom he thought so much about would be one he fought right away.

At this moment, there was no other way.

Pressing onto the Nameless Sword, the sword intent that had dimmed down rose up once more.

His tone turned calm, “This person is useful to you but I can’t let him live! Since we can’t agree, then we can only fight it out…”

Jia Mingluo was in despair long ago and knew that even if he fell into her hands, he wouldn’t have a pleasant fate.

When he heard this, he burst out laughing, “You want to kill me to keep your secret? What One Origin Darkness, One Origin White, what Great sword techniques! What skill! If you grow up, you would be my Night Demon’s grave enemy! But, I want to see how long you can keep it a secret…”

As he said this, his heart jumped as he thought about something.

Unlimited light, endless darkness… A few years ago the Buddhist Dari Rulai changed the ‘unlimited light’ in his scriptures to ‘vast light’.

They paid special attention as he was the Night Demon enemy. He also knew that the Buddhist had one more Buddhist Venerable, known as the Unlimited Beginning and End Buddha. Some Temples already had statues in honor, it was just that the face was still not certain. They were waiting for the person to ascend…

Speaking of which, those two swords contained the meaning of the end of the galaxy and the beginning of the world…

Right as he was about to speak, Zong Shou slashed out. The Dragon shadows behind him roared and his sword turned into a Platinum Dragon shape as it charged directly toward the woman.

Leng Daiyu frowned and then a Green Bamboo Sword rose up.

She was also a Sword Cultivator, laying out thousands of Sword Lights to lock down the area in front of her. She also took out a silver shield.

Leng Daiyu coincidentally blocked in front of the sword.

There was a loud explosion as the sword energy scattered. The sky full of energy contained a silver light. With a change of direction, it rotated around the silver shield and pierced Jia Mingluo’s skull. 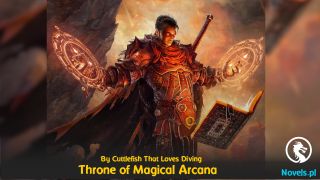